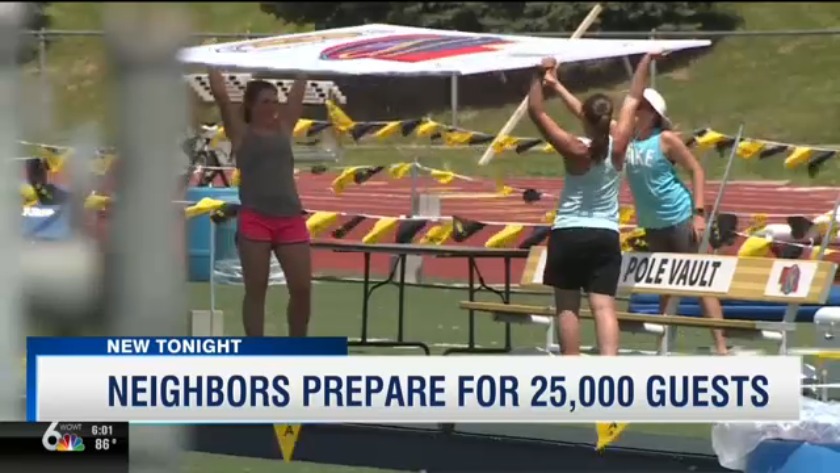 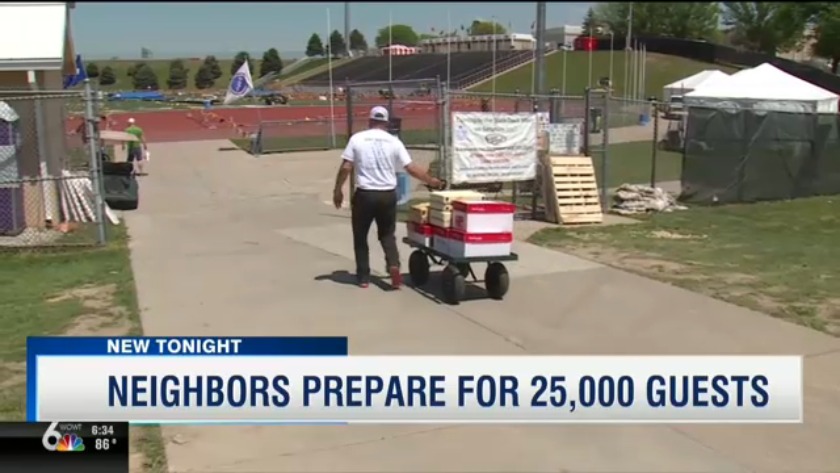 OMAHA, Neb. (WOWT) -- Two hundred schools, 2,500 athletes and 25,000 fans – Burke Stadium is ready but is the neighborhood? It’s the calm before the storm. There’s no fighting crowds during the set-up for the State Track Meet. As crews prepare Burke Stadium for the high school athletes, neighbors are ready for parking madness on their streets for the 25,000 fans.

Reporter: “So you’ve been through a lot of state track meets.

Erdei has watched the parking scramble from his front window for 25 years. He lives just south of the high school. No matter the nearby ‘no parking” sign – he says – there will be cars there.

As the cones go up to help guide Friday and Saturday’s parking, Omaha police want visitors to remember that even though the closest road construction project at 114th – a half-mile from Burke High – it shouldn’t impact parking. It may, however, force you into a detour if that’s one of the way you’ve always traveled to the state track meet. The same goes for 168th Street that’s closed – and Pacific Street a couple miles west of 120th.

“They say it’s going to be worse because of the streets that will be closed out west. If there’s 25,000 people who come every year, I think we’ll still have 25,000,” said Erdie.

The scoreboard’s been tested, the grass cut and the signage assembled – the State Track Meet will soon be open for business. If you want to avoid the traffic headache – consider taking the free shuttle service offered at Westroads Mall.

The Best Male and Female Athletes in Omaha?