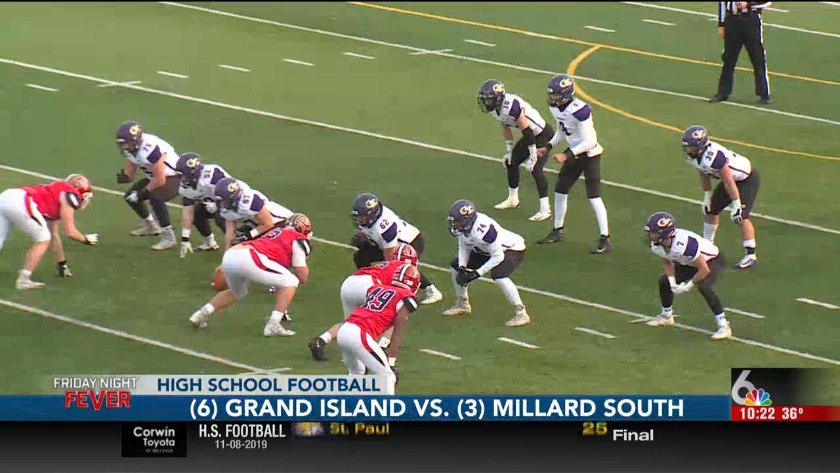 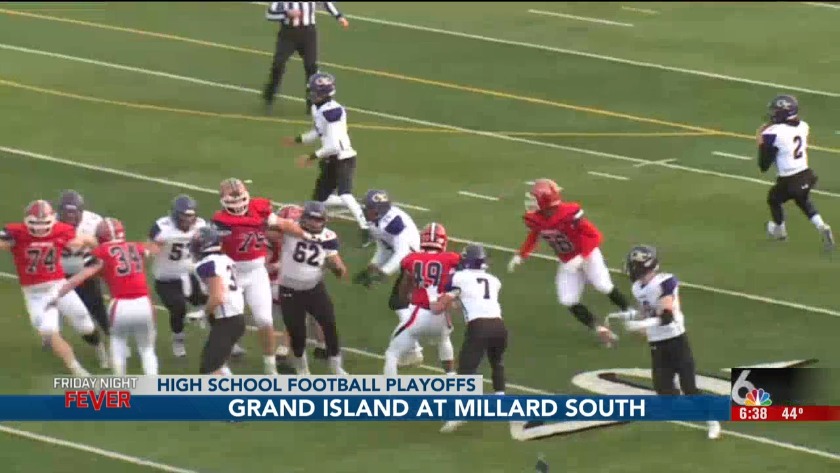 Grand island traveled to Millard South looking for the upset.

On the Islanders first play of the game they pulled off a trick play. Broc Douglass reeled in a pass and broke free all the way - 78 yards for a touchdown. Grand island took the lead 7 to nothing and added a field goal in the first quarter.

But Millard South came back. Quarterback T.J. Urbon kept the ball himself and ran 18 yards for a touchdown. The Patriots still trailed 10-to-7.

Later in the second quarter South's Isaiah Harris broke free 38 yard for the touchdown. The Patriots took the lead 14-10.

But Grand Island drove down field in the final minute of the first half. Quarterback Carson Cahoy passed 48 yards to Douglass.

Then with 7 seconds left on the clock Cahoy passed to Douglas again for a touchdown. Grand island led 17 to 14 at the half and went on to win 34-24.