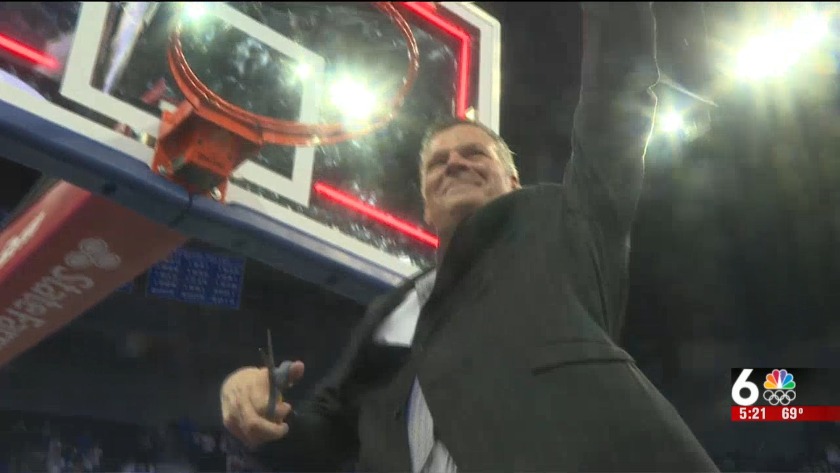 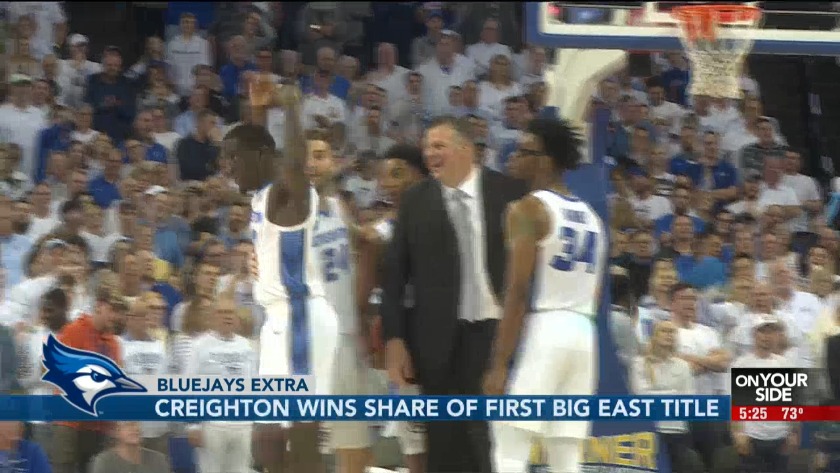 Creighton players pose for a photo after beating Seton Hall and winning a share of the team's first BIG EAST title at the CHI Health Center in Omaha on Saturday, 3/7/20.

The Jays share the title with Seton Hall and Villanova. The Pirates would have won it outright had they beat Creighton.

Fans stormed the court as the clock hit zero seconds, and the celebration was on.

Players cut down the net from the basket in front of the student section, with the final pieces being cut by head coach Greg McDermott.

"I'm just happy and thrilled. We came out here ready in the second half to support our crowd," said junior Ty-Shon Alexander. "We played as hard as we can and we ended up getting that championship, and that's what we came here to do."

"Hey, this is unbelievable. I ain't ever experienced something like this in my life. We worked hard for this. We practice every single day. We deserve this," said sophomore Christian Bishop.

Marcus Zegarowski had ice wrapped around his right knee after the game and was seen on crutches, his status moving forward is unknown at this point.

Coach Greg McDermott said he doesn't believe the injury is serious, but the team should know more by Monday.

The team will now play in the BIG EAST Tournament starting on Thursday at 11 a.m. They'll face the winner of a game between St. John's and Georgetown on Wednesday.

Mintz, Windham announce they will transfer from Creighton 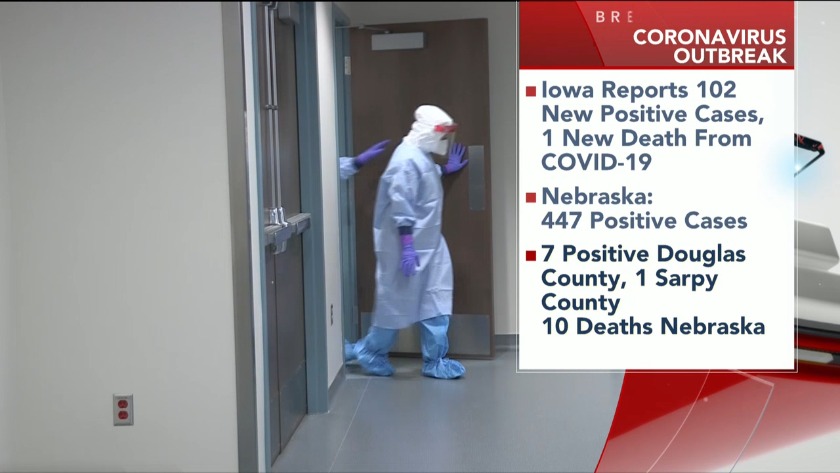 Mintz, Windham announce they will transfer from Creighton