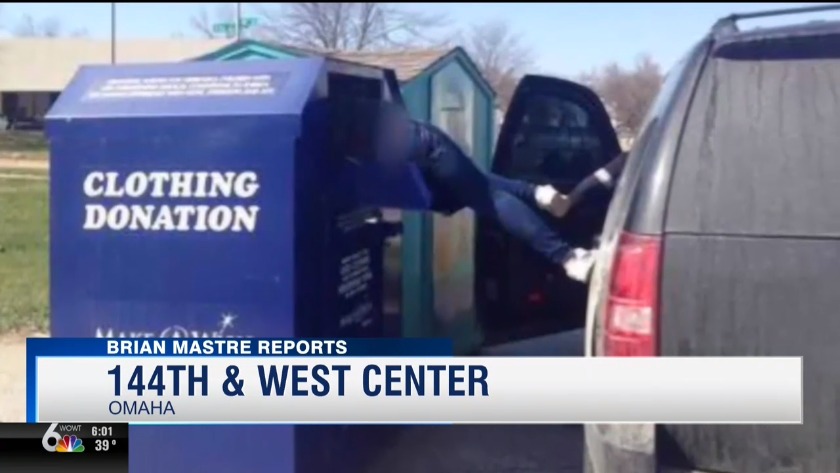 A new low for thieves 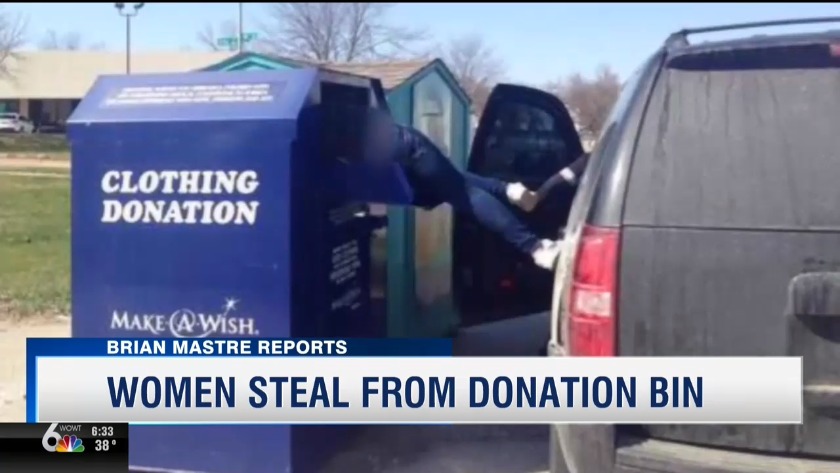 OMAHA, Neb. (WOWT) -- Donation bins and drop-off spots can be found all over the city. It’s a place where our gently used clothes or toys can be put to good use for someone in need. But when an Omaha woman pulled into a southwest Omaha parking lot to make a phone call she witnessed what she calls a new low for thieves.

"She was ¾ into the bin. I don't know how much lower you can get to do something like that,” said Heather.

Heather, who doesn't want to be identified, snapped the photo on Tuesday behind the Ace Hardware at 144th and West Center. It's supposed to be a drop-off bin, but Heather watched as bag after bag of donations were put into their Tahoe as if they didn't have a care in the world.

"I just couldn't believe that they would steal from Make-A-Wish foundation,” she said.

A couple of times every month Make-A-Wish hears about thieves targeting their donation bins in Omaha.

"We currently have 133 children waiting for their wishes to come true,” said Make-A-Wish spokesperson Lauren Pillar. "There are children battling life-threatening medical conditions – and for us to worry about something like this is an unfortunate situation."

Heather: “One was stuck in it halfway in – halfway out. And she was passing bags out to the person in the driver’s seat.”

Reporter: “What was going through your head?”

Heather: “I was stunned. I didn’t even know what to say at first. I said, ‘Are you stealing?’ They said some unpleasant things back but were not bothered being caught in broad daylight.”

If you have information about the incident, contact Omaha Crime Stoppers at 402- 444-STOP.