HEARTLAND FLOOD: Weeks after the water shattered roads, some still not home 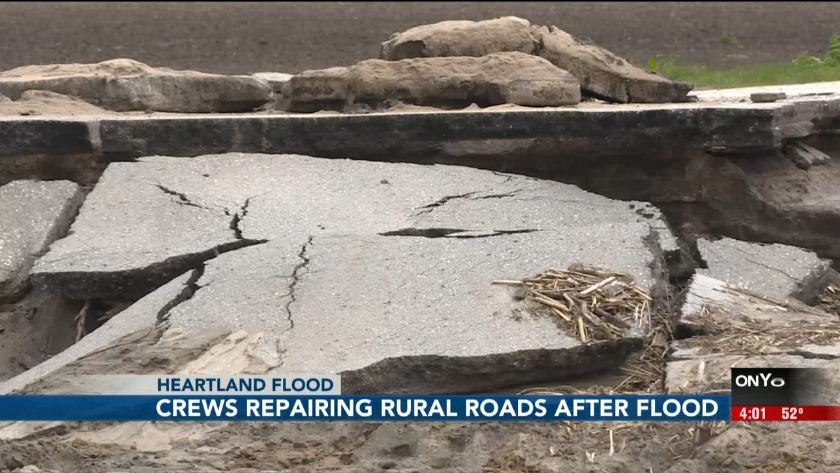 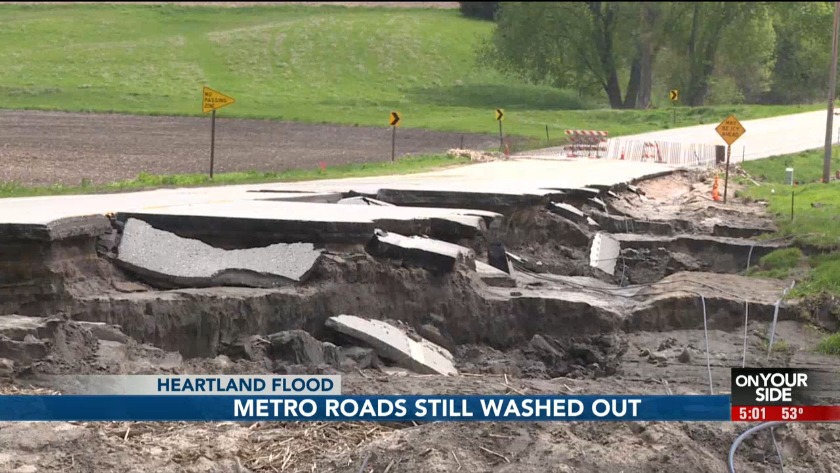 In Nickerson, the intersection of Highway 91 and County Line Road washed away and for some, home is on the other side of the washout.

Residents haven't been able to get back into their homes in seven weeks because of a hole that's 48-feet deep right off of Highway 91.

NDOT’s Matthew Taylor said the road is, “in terrible shape. The bridge is out, the shoulders are un-minded down there.”

Taylor hasn't had the easiest time finding homeowners down County Line Road near Nickerson since residents have been displaced.

“Trying to find these people to get signatures and stuff like that, to get onto the property and start the work,” he said.

It’s work needed because of the massive crater left by floodwaters. The road was completely washed away by the Elkhorn River.

County Line Road is the only way into homes for several residents and it's not accessible by car. They're now forced to get around on four wheelers. What used to be a few minutes travel has turned into a muddy and bumpy 20 minute ride to get to their properties.

Crews say while County Line Road is the only way to their homes, Highway 91 needs to be fixed first - a job that they estimate could take up to a year to finish.

“We have to get Highway 91 fixed to get down to the county and the bridges are one of our main concerns also.”

Carolyn Heuerman holds back tears standing next to her husband - now 7 weeks since the heartland flood.

“Looks like a moonscape, pretty much,” she said. “It's hard to recognize.”

That’s how she describes the property she's lived on for the past 20 years and that massive crater.

The couple took us out on their four wheeler to get a closer look of the damage.

Their house was left completely untouched but the Heuerman's say for now they're renting a home not far away and will continue to check up on their property.

While 6 News was out there, NDOT said they got permission from several homeowners to start working on fixing areas of the properties near Highway 91.