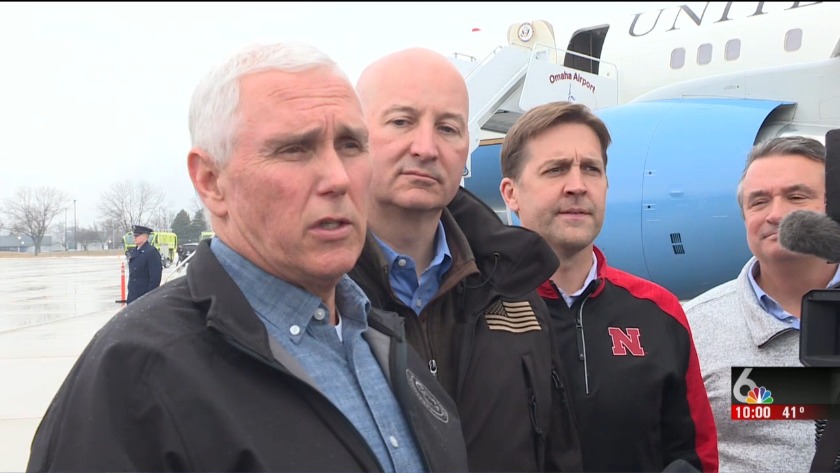 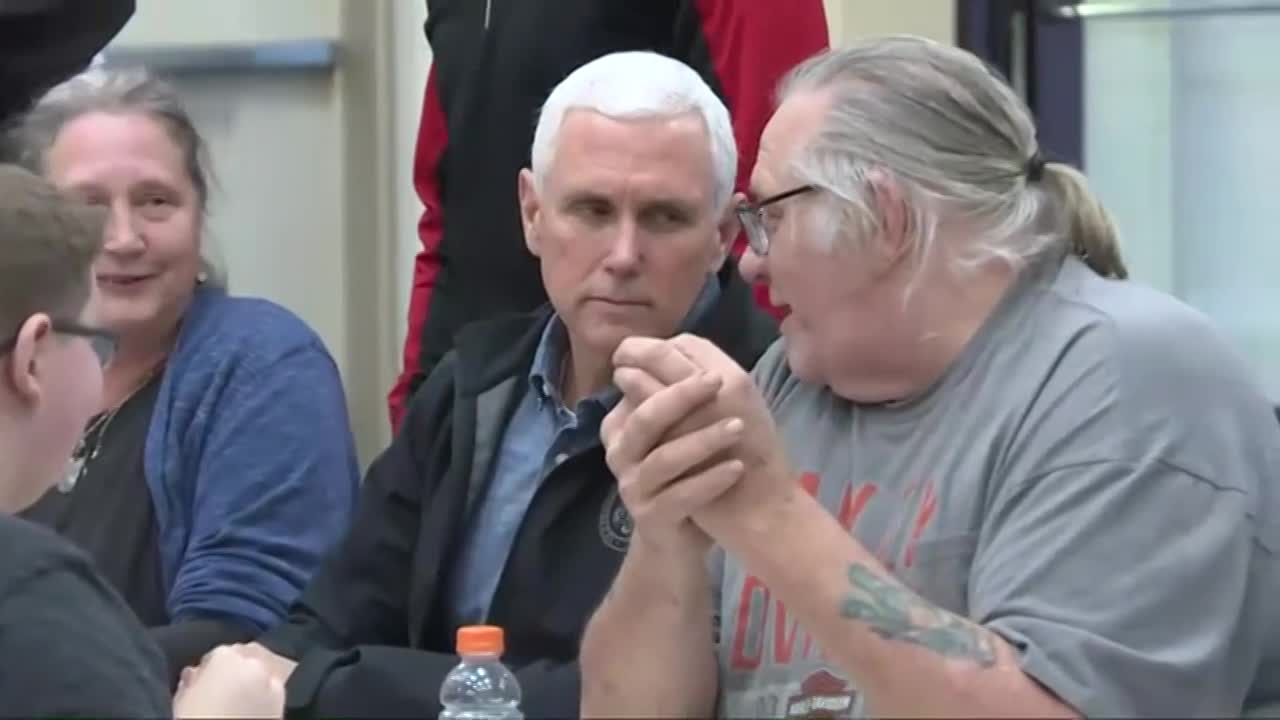 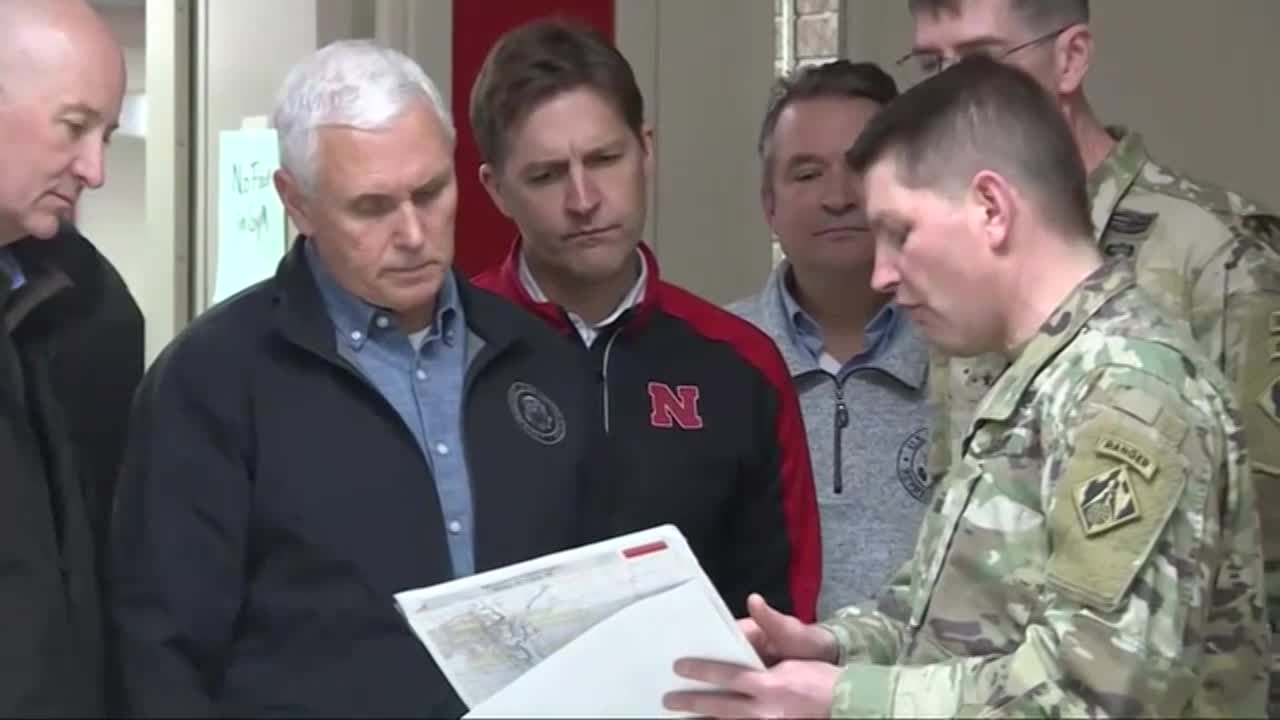 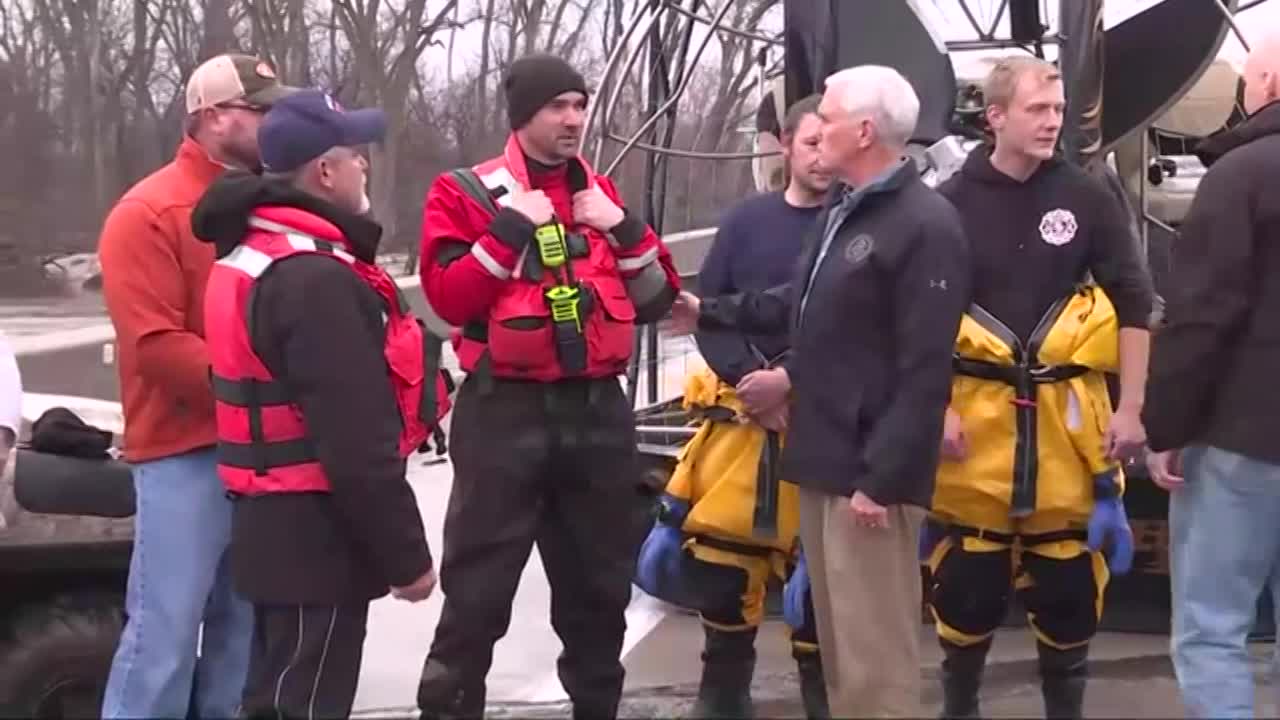 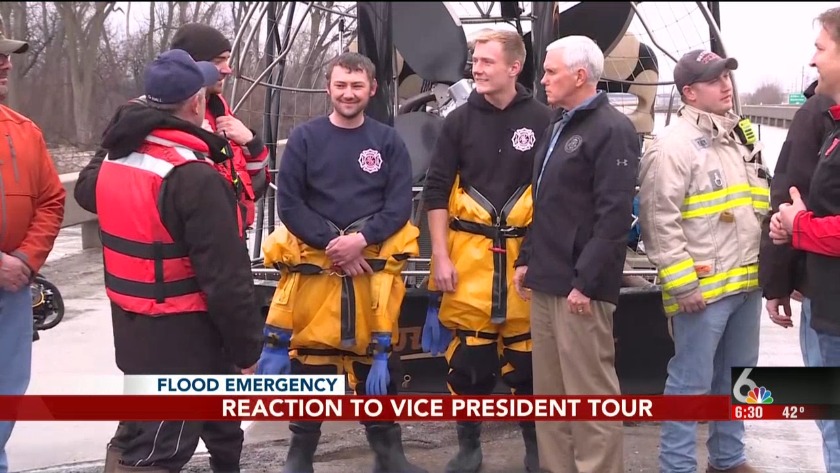 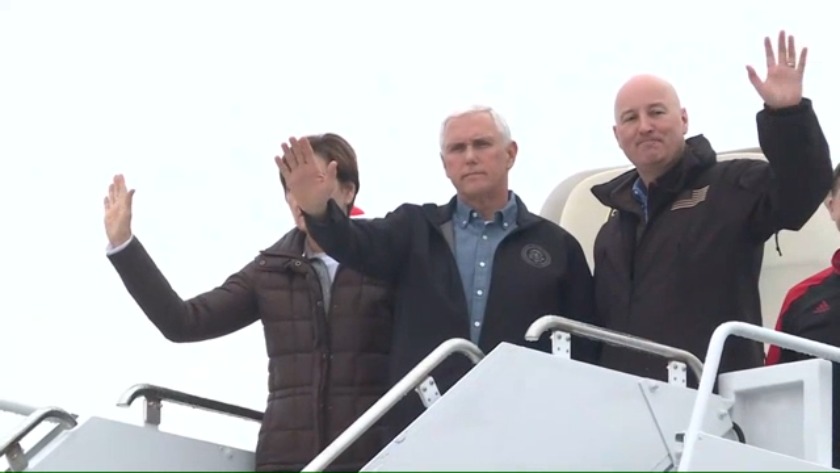 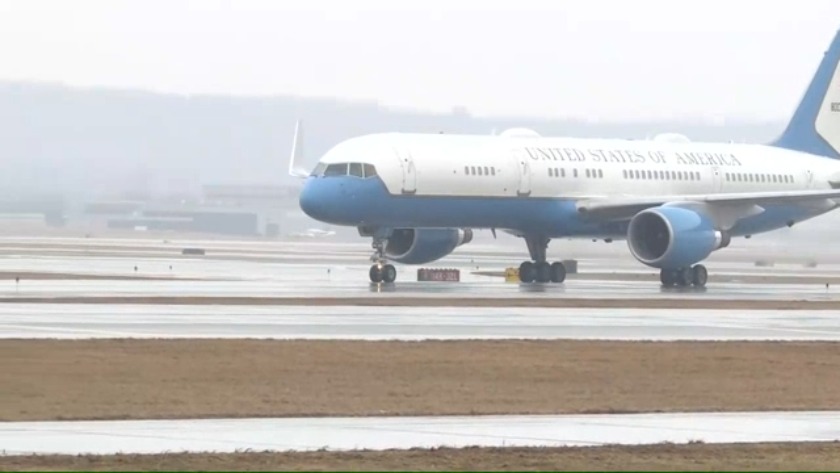 OMAHA, Neb. (WOWT) - Vice President Mike Pence made a trip to Nebraska on Tuesday to assess flood damage in the area and talk to local officials and lawmakers about the road to recovery.

Below is a timeline of the Vice President's visit to the state:

7:51 p.m. -- Air Force 2 departed Eppley Airfield with Vice President Mike Pence. He said he will help expedite disaster declarations for Nebraska and Iowa when he returns to Washington.

Emotional flood victims greeted Pence and hugged him. There were also many photos taken with the vice president.

Pence called the area the "heart of the Heartland" and thanked the first responders for their diligent work.

Americans like Brad Brown & his airboat co-pilot Jake Rohr are the heart of the heartland. Brad & Jake have been helping victims of the flooding & delivering much needed supplies. Grateful for their service & ALL the volunteers & emergency personnel helping Nebraskans in need! pic.twitter.com/l2PxhwX6a4

.@VP Mike Pence on the ground in Nebraska to see the flooding, visit with impacted families, and thank our great first responders and volunteers! #NebraskaStrong pic.twitter.com/suJ7uDuTfG

Pence said he is aware of Nebraska's application for an emergency declaration from the White House and is aware that Iowa's is on its way. He plans to expedite those requests to make federal aid available to affected areas.

The group of U.S. officials boarded a helicopter to tour flooded areas.

Touched down in Omaha, Nebraska to survey flood damage & thank volunteers & emergency personnel. I’m joined by NE @GovRicketts, @IAGovernor, @SenJoniErnst, @SenSasse & @RepDonBacon. The hearts of the American people are with those who have been impacted across the Midwest! pic.twitter.com/Wei2fioRbT

.@VP, @GovRicketts, & @IAGovernor are surveying flood damage via helicopter. The damage is vast - but as @VP said: the federal gov’t stands ready to make resources available & assist with the recovery. We’re with you! pic.twitter.com/PesnqynuyQ

The Vice President tweeted on Tuesday afternoon that he was aboard Air Force 2 and being briefed on the flooding with Sen. Joni Ernst: "Our hearts are w/ the victims & we are grateful to First Responders & volunteers."

Pence is expected to meet with Iowa Gov. Kim Reynolds and Nebraska Gov. Pete Ricketts when he touches down in Nebraska.

Being briefed on AF2 w/ @SenJoniErnst en route to Nebraska on the latest from the devastating flooding that has impacted Nebraska, Iowa, & much of the Midwest. Our hearts are w/ the victims & we are grateful to First Responders & volunteers. Be there soon. pic.twitter.com/TIIjOPTYDE