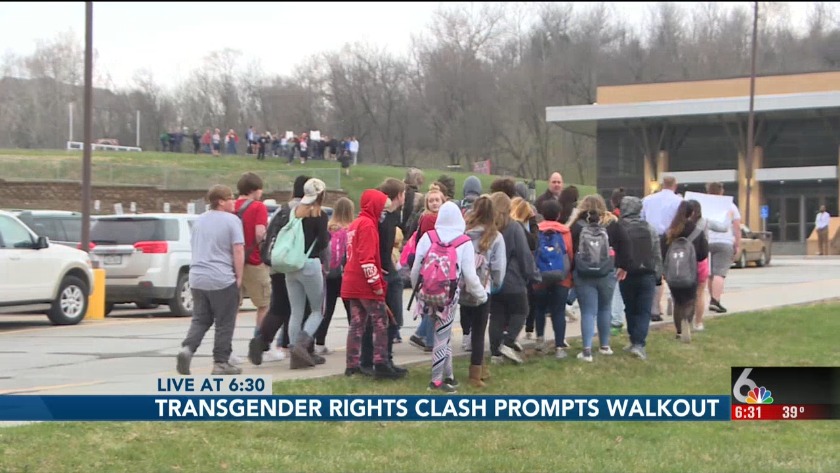 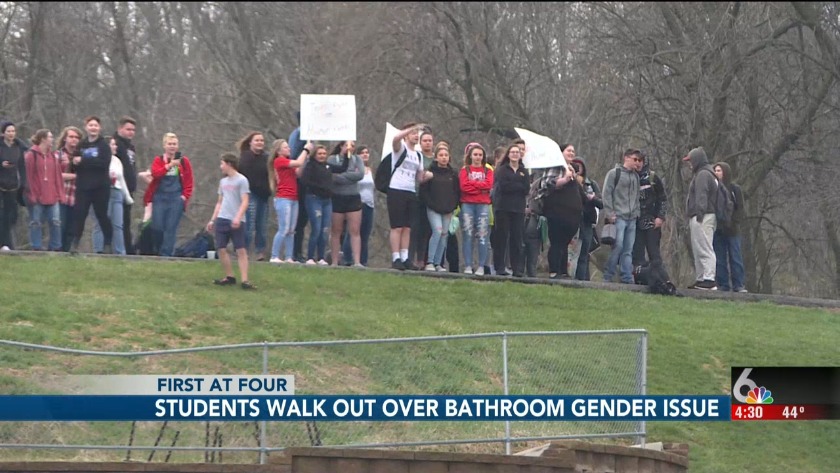 OMAHA, Neb. (WOWT) -- A clash over transgender students’ rights reached a boiling point at a Council Bluffs high school Thursday as two groups of students walked out of Abraham Lincoln High to have their say on the use of the school's restrooms.

The walkout was triggered by a female student who believes her privacy is being invaded by a student who recently began to identify as a girl.

At around 10:30 A.M. students started leaving the building.

They separated into two groups. A group of approximately 20 girls started chanting for privacy in the restrooms saying they don't want boys transitioning into being girls to be in the restroom with them.

Another group of approximately 40 students chanted in favor of the rights for transgender students to use whichever restroom they feel comfortable with.

Under state law the school is required to allow transgender students into the restroom of the gender with which they identify.

Student Elana Owens said, “We felt very uncomfortable with a male who's not doing anything to be transgender going into the female restrooms."

Atop a hill, the other group chanted transgender support. They were too far away to be able to speak with them but they held signs in solidarity and said they have the law on their side.

Dr. Vickie Murillo, Superintendent of the Council Bluffs Community School District, said, “According to the U.S. Department of Education, which Iowa has adopted that same language and is now a part of our state law, our students who are transitioning into a new gender have the right to use the restroom that they identify. So it is our obligation to allow that to occur."

The school was prepared for the walkout. They said it's within the rights of the students to protest and that nobody would be punished for doing so.