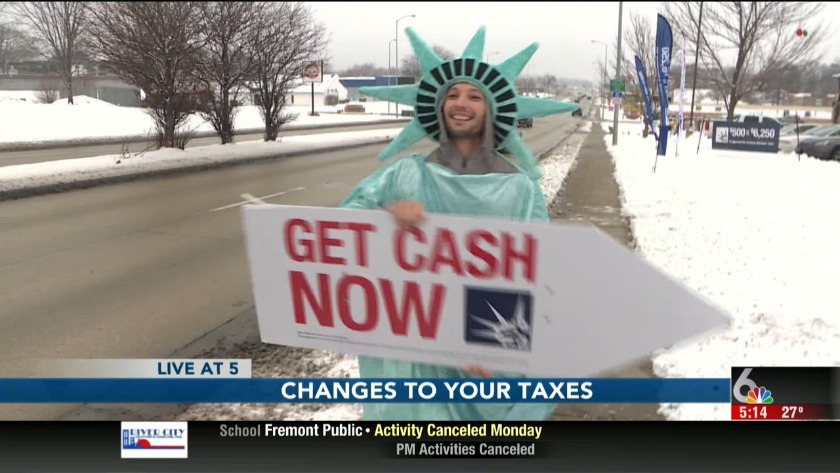 Changes to your taxes 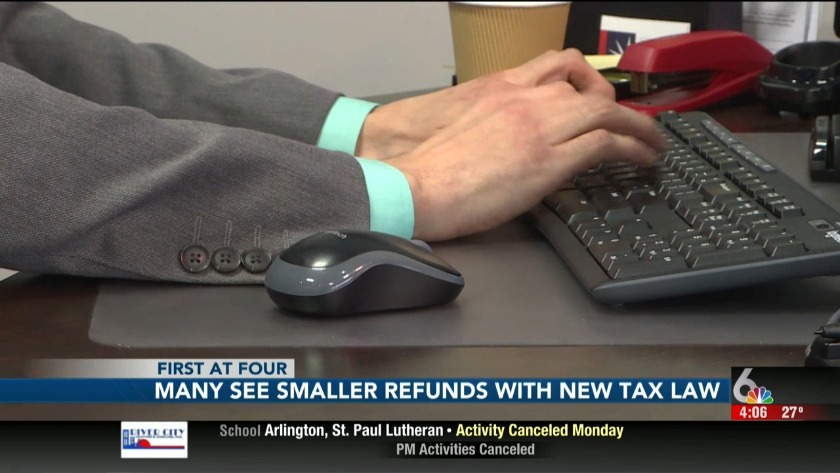 OMAHA, Neb. (WOWT) - Taxpayers were told that most people would have a tax cut this season, but so far it seems like people are actually getting smaller tax returns.

Officials said refunds are down about eight percent, which has taxpayers concerned.

Some people are waiting to file their tax forms.

Patrick Gaule is a software developer. He's married, has two children, owns a home and hasn't filed his taxes yet.

"I'm a little concerned. I've heard people who have two kids, in my situation, are married, have gotten a better tax return, and I've also heard some people wind up paying more taxes, so I'm kind of curious to see how it works out in my situation," Gaule said.

John Castro with Liberty Tax said there are many changes in this year's tax codes.

"The biggest ones are going to be the standard deduction and the personal exemptions, as well as the child tax credits. Those are going to involve almost anybody and everybody," he said.

Along with the removal of personal and dependent exemptions, this year's standard deduction for a married couple went from $12,000 to $24,000, which will change how many couples file their taxes.

"If you're supposed to get a $24,000 standard deduction last year, we itemized, 'cause we had a house and real estate property taxes. This is the first year we're not going to itemize, 'cause it doesn't make a lot of sense," Gaule said.

Last year he received a tax refund and is hoping for the same outcome this year.

"Knowing that is our financial situation, I'm not sure how it's going to work with the new deduction. Had a kid at the end of December, so they changed how the child tax credit worked a little bit," Gaule said.

Tax preparers said there's not much anyone can do about taxes, and sooner or later everyone has to fill the forms out.

"Everybody that comes in here, they're confused on these changes. They don't understand them. We sit down and explain them to them, and then they wonder why their refund wasn't as much as it was last year," Castro said.

Castro said we're almost halfway through tax season, and so far the IRS has seen a decrease in the number of forms filed.

For more information on the new tax law, talk to a tax preparer or visit the IRS website.