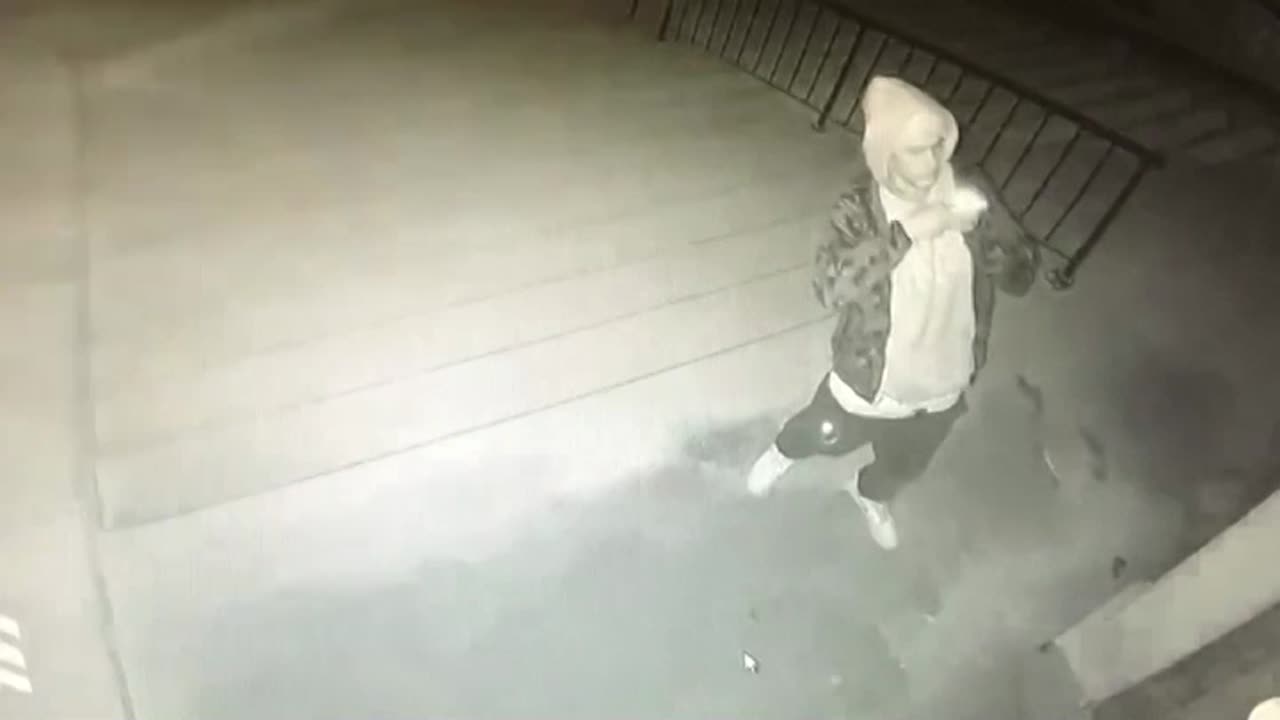 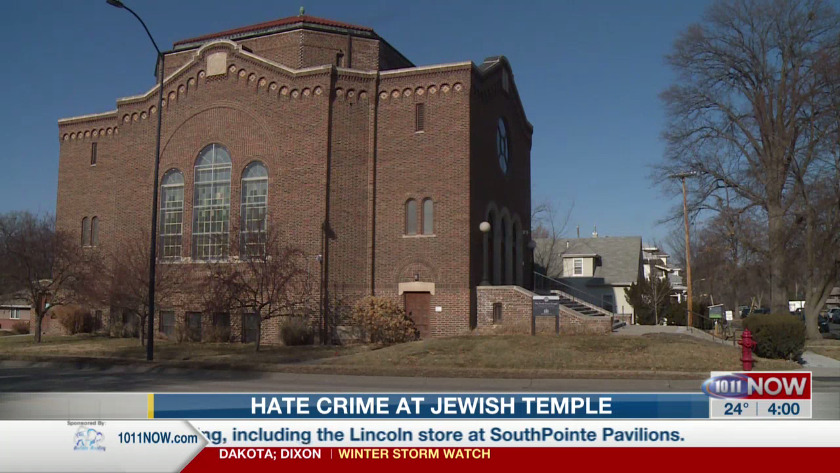 LINCOLN, Neb. (KOLN) - Police are still searching for a man who painted a swastika on a Jewish temple in Lincoln.

According to the temple's rabbi, surveillance video shows around 12:00 am Monday at South Street Temple, a male spray painting the door and steps then stepping back and taking a photo of his offensive work.

LPD said on Wednesday morning around 9 a.m., a passerby called police about the vandalism at temple located at 2061 S 20th Street.

Nicole Tooker lives near the temple and said she saw the graffiti while walking her daughter to school.

Officers on the scene said they observed an unknown individual had used orange paint to draw a swastika on the front steps of the temple. The doors of the temple also appear to say 'F U Black Shirt'.

According to Peter Mullen, who works with the temple, he says 'Black Shirt' refers to British and Italian fascists in the 1930's. Mullen also said it could have other meanings, including modern terms for white supremacy.

Tooker said she has friends who go to the temple and knows they feel unsafe.

"All I could think was I can't even imagine what they're going through because even if it was a prankster, the initial thought has to be hate crime," Tooker said.

The case is being investigated as a hate crime, LPD said.

Investigators are requesting anyone in the area who suffered similar vandalisms of orange paint to contact police and make a report. Anyone with information is encouraged to call police at 402-441-6000 or Lincoln Crimestoppers at 402-475-3600.

On Thursday, Governor Pete Ricketts released the following situation on the incident:

“I condemn anti-Semitism in the strongest possible terms, and encourage Nebraskans from all backgrounds to do the same,” said Gov. Ricketts. “The Jewish community has been a vital part of our state for generations. I urge anyone with information about the vandalism to report it to the Lincoln Police Department, so the perpetrator can be prosecuted to the full extent of the law.”

10/11 NOW is choosing not to show close-ups of the graffiti due to its offensive nature.

Victim dies after stabbing near Midtown

Victim dies after stabbing near Midtown