Spring floods put a dent in the sod business 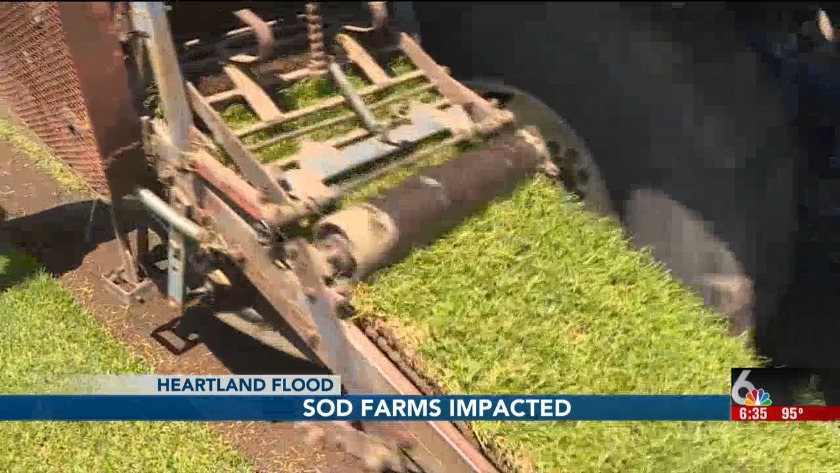 Sod farms take a hit from the floods 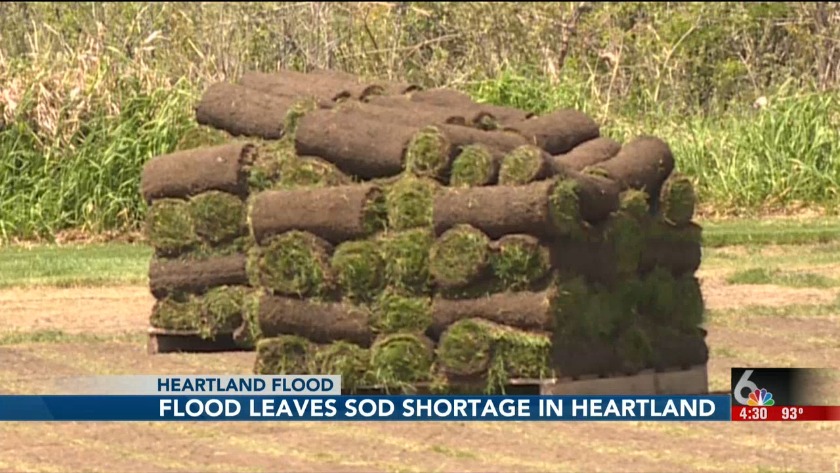 OMAHA, Neb. (WOWT) -- Omaha is growing. That means more houses and more sod but with the heartland flood taking over many fields and farms, you might have to wait if you want to roll out a green new deal on your brown old yard.

Many sod farms were hurt by the heartland flood, putting deliveries behind.

It's hard to tell that some their field was flooded. Of 300 acres nearly 200 were underwater. The water went down quickly and the sod recovered.

Not all could be saved. There used to be sod under an area now covered with debris but it’s a small portion compared to what was saved.

As for buyers, the more moisture in the sod means it’s heavier and it shortens the shelf life.

Grass Pad’s Bill Harbstreet said, "It means there are times where it can be a sense of frustration from, 'well the sun is out and we had sod this morning but we sold through it and we don't have sod this evening.” We will have another truckload this evening or later in the day."

That short shelf life means that when sod is cut it's going straight to the seller: in some cases homeowners.

Jessica Hilt is building a new home and on the receiving end of the sod woes.

“There is definitely a concern,” she said. “We may not have grass when we move in.”

She said, “As first time homeowners you go in signing contracts, expecting the house to be done and things to be there and if it’s not there it wouldn't make us very happy.”

There could be some bare lawns for weeks to come.

Jessica said, “There aren't a lot of sod growers out there so everyone is in the same boat, a little behind. We aren't alone.”

While Grass Pad was lucky, we talked to the owner of one farm that had lost 40 percent of its sod.

WEDNESDAY COVID-19 UPDATES: Half of Americans say they would get a vaccine against virus