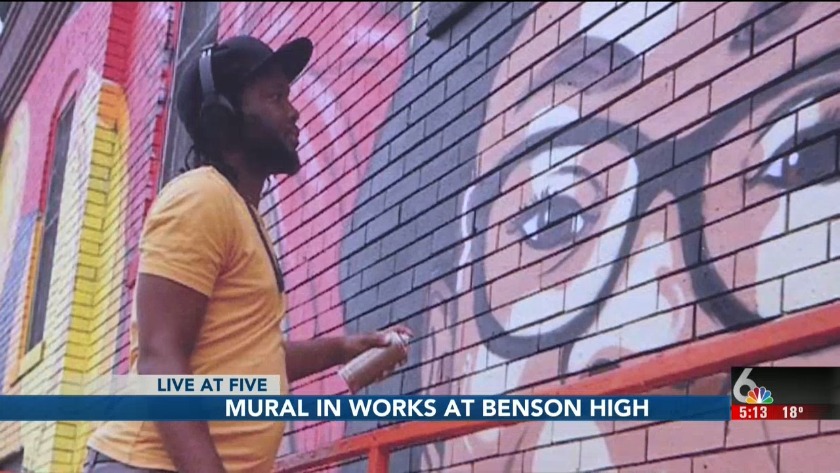 Mural in works at Benson High 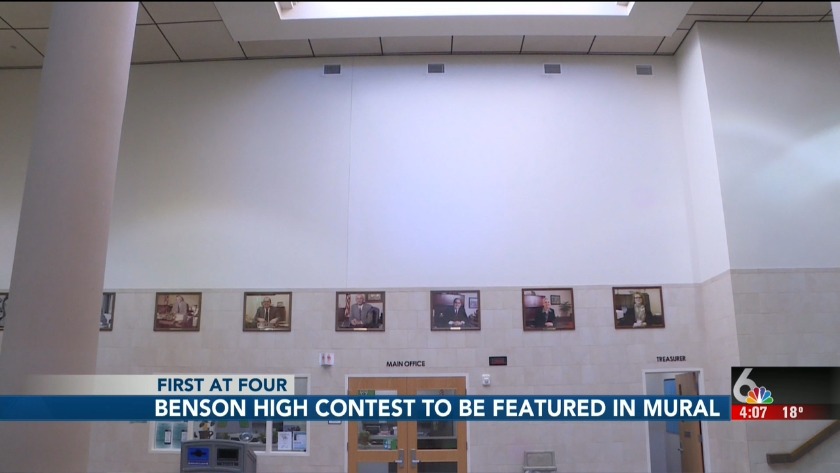 Benson High contest to be featured in mural

OMAHA, Neb. (WOWT) - An essay contest at Benson High School will give four students a chance to be remembered long after they leave the school.

Benson is creating an eight-foot mural inside the school that will be painted by one of the school's alumni.

The school was recently remodeled, so officials want to do something special with some of the newly created space.

"We had some open space, so our art teachers thought it would be a great idea to contact some of our former alumni and see what they would like to do," Joanna Hale with OPS said.

Benson graduate Reggie LeFlore was chosen by officials, and he plans to create a mural complete with the faces of four students. The students have to write an essay to be picked to be a part of the art.

"It's like an incentive for kids to really want to do well in school and really want to get involved so they can have their face up there," Benson junior Abigail Mefford said.

Students seemed excited about the opportunity.

"It's good to leave your footprint there and how them that they can be just as good as you or even better," Benson junior Paridise Sullivan said.

The artist understands it's a daunting task.

"It's so important. It's almost intimidating to come back after all these years to do something I hope that's going to have a long-lasting appeal," LeFlore said.

He lives in Minneapolis now and said he is excited about coming back to the Benson area.

"Being someone that's born and raised in that area, went to all three elementary, junior high and high school on 52nd St., It's a really cool feeling to come back and bring something back to the school that was part of me," LeFlore said.

He said art classes were a big part of his education and allowed him to be the artist he is today and hopes other students will feel that way as well.

"Art is, in my opinion, what shapes our identity and who we are as individuals," LeFlore said.

The mural was made possible by a grant from the Nebraska Arts Council and the OPS Foundation.

LeFlore will begin creating the mural over spring break.