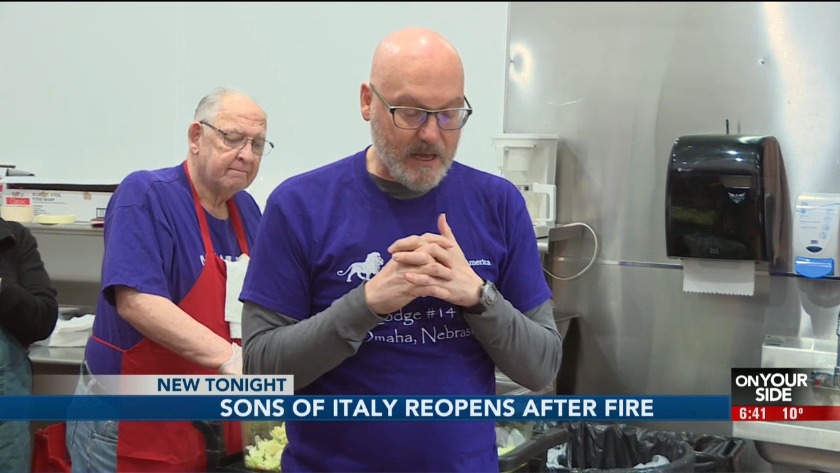 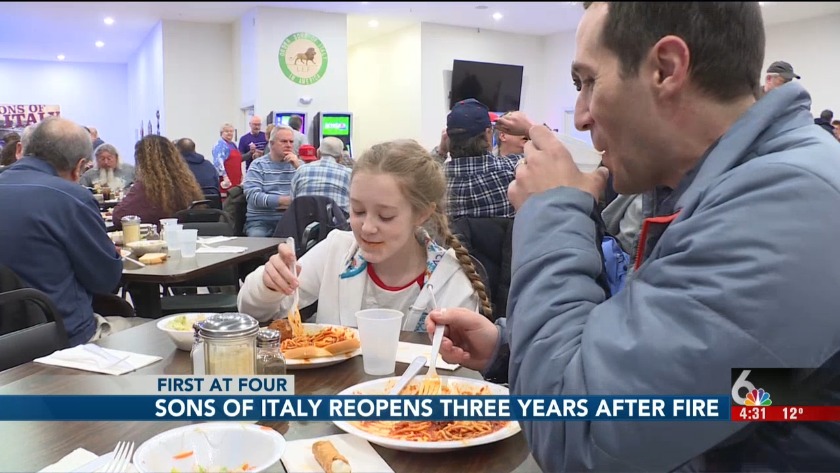 OMAHA, Neb. (WOWT) -- Crowds once again gathered at the popular Sons of Italy dining hall that burned down in an accidental fire more than three years ago.

The reopening of the popular lunch and dinner spot had been delayed a few times because of a lack of funding and issues with construction. But Thursday, it was spaghetti and meatballs for everyone who walked through the door.

Many people have been waiting for this day, and the cold weather didn't stop them — it didn't take long for the brand new hall to fill up.

Diners here have plans to fill up on spaghetti and meatballs, and there was lots of excitement in the room.

"Just all of the things that we've gone through — we've had many hiccups," Sons of Italy's Dan Matuella said. "But it's just so much gratification knowing how much excitement there is, just the positive feedback we've been getting from people."

A lot of people came back: One group of guys eating together Thursday was able to resume a tradition after missing lunch here for about three years.

"We worked downtown, so all of us would come down here for lunch every Thursday, and sure have missed it," customer Tony Aliano said.

There were some people who missed this place and the food here so much, they traveled miles for the meal.

"It doesn't get any better than this," said Jack Bender, who drove in from Columbus. "The food is the best. I drive 180 miles round-trip just to have it."

"I drove down here from Minneapolis," he said. "We used to come down here every Thursday when we were Creighton students — about a dozen of us."

Sons of Italy is a nonprofit organization that raises money for scholarships and charities.

"This place is an institution. It's a tradition," Wenthold said. "So when I heard they were reopening, I had to be a part of it."