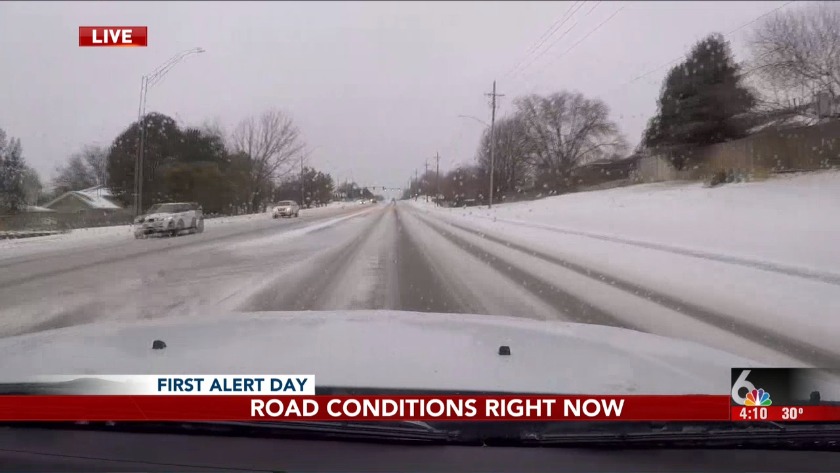 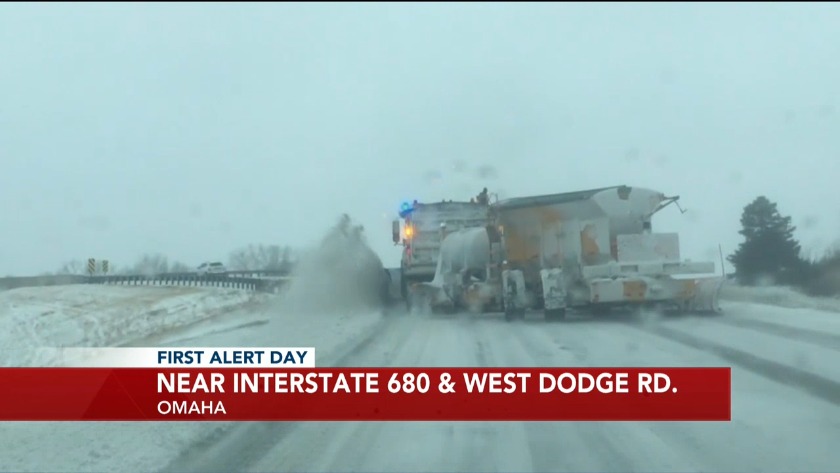 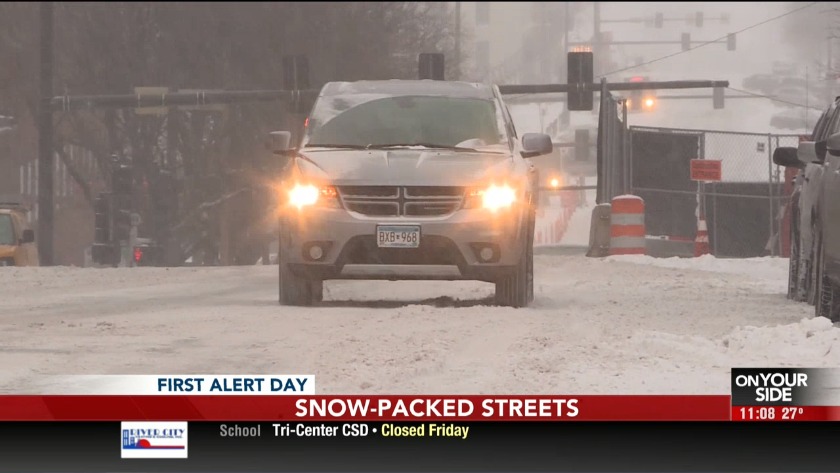 11AM -- Update on Omaha road conditions 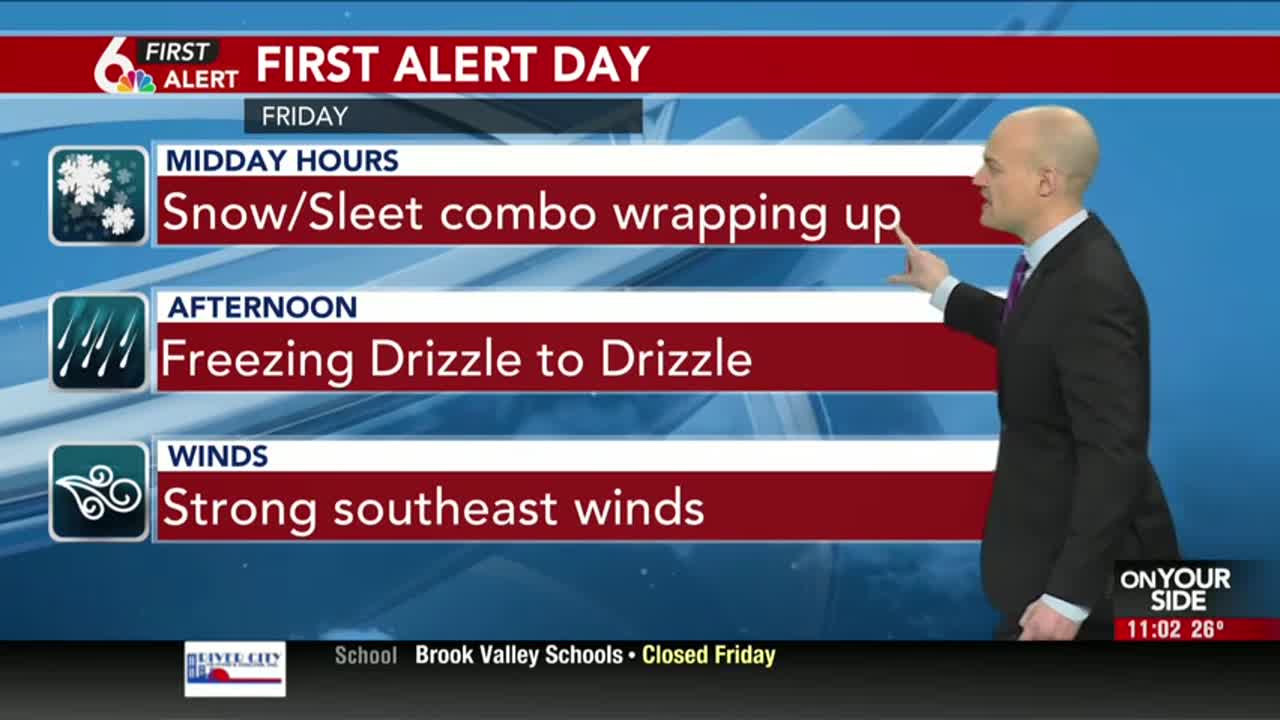 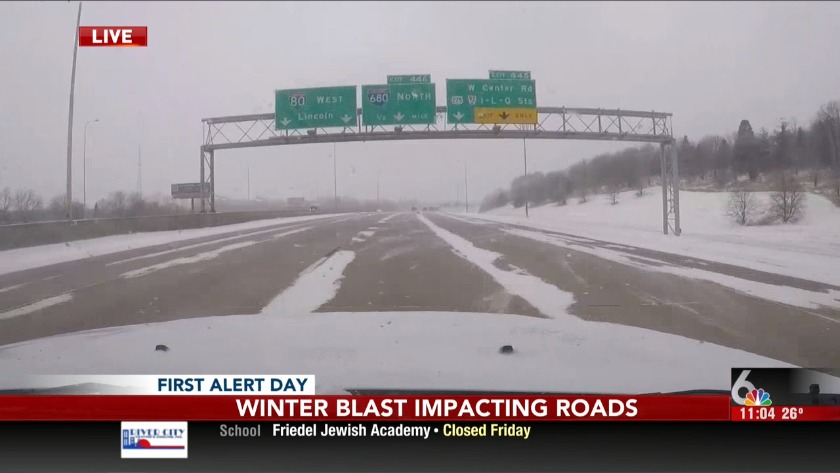 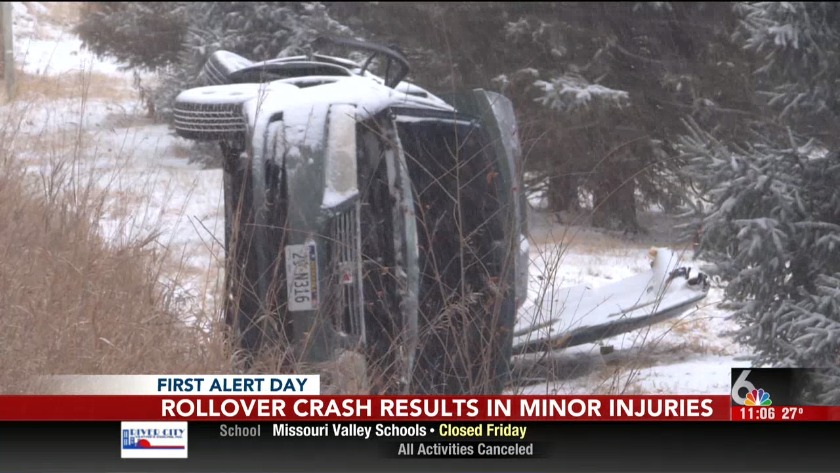 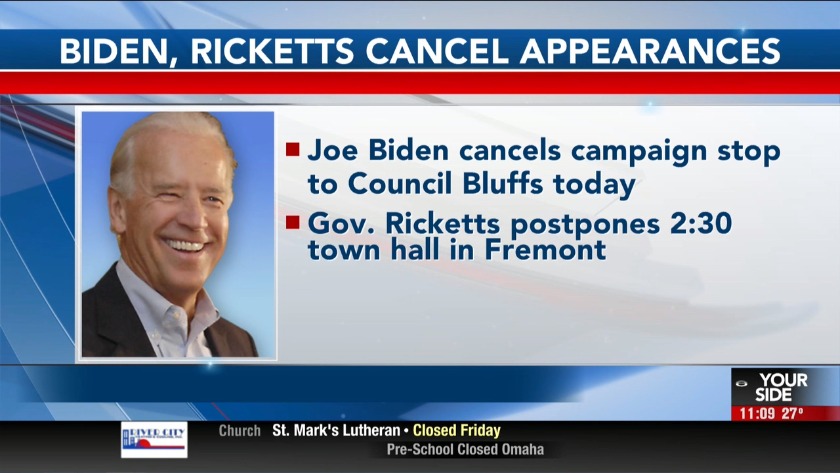 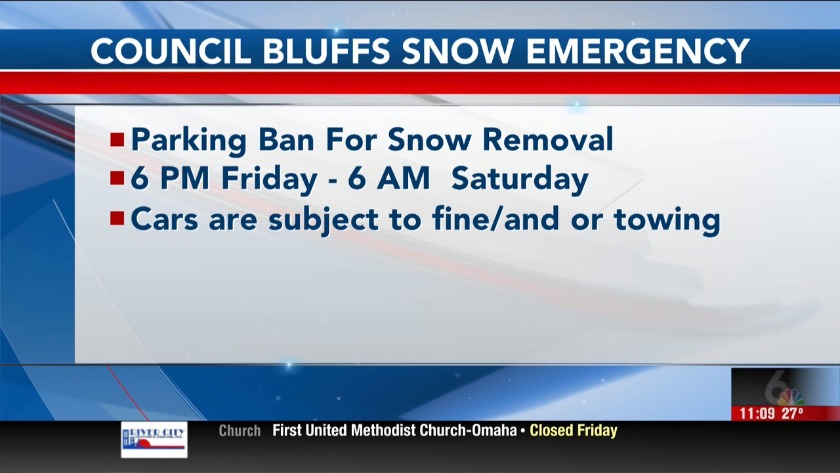 OMAHA, Neb. (WOWT) -- Accumulating snowfall made Omaha-metro roads slick during the morning commute. The snow turned to sleet then freezing rain, tapering off during the lunch hour. 6 News is out checking on city street conditions as the evening commute gets in full swing.

Below are the latest 6 News updates on how the weather is affecting the area.

PHOTOS & VIDEOS: Share your weather pics & vids with us today!

4:39 p.m. -- Omaha Public Works said in a news release that the department is ending operations at midnight Friday, which means all property owners have until midnight Saturday to clear sidewalks of any remaining snow. "Failure to do so may result in removal by the City of Omaha, and a subsequent assessment to the property for the cost of the work," the release states. [ INFO ]

3:12 p.m. -- NDOT tweeted that a crash at 192nd Street on West Dodge Road was blocking two of the westbound lanes.

3:08 p.m. -- According to a Metro Transit news release, City bus service will stop for the night at 7 p.m. Friday. "A decision will be made later in the evening as to when service will start on Saturday morning," the release states.

MOBY paratransit services will stop at 6 p.m. Friday, but will attempt to re-start service at 10 a.m. Saturday, according to the release.

We are now on Accident Alert. Please exchange info and move from the roadway if there are no injuries and the vehicles are movable. #OPD via @OPDOfcFehrman

1:07 p.m. -- A crash at Exit 75 near Adair, Iowa, has slowed traffic on Interstate 80, according to the Iowa Department of Transportation. [ DETAILS ]

12:12 p.m. -- Road conditions in Council Bluffs have caused the city to cancel Friday's scheduled trash and recycling pick-ups. Those services are expected to resume Saturday.

We are seeing sleet in West Omaha. This is a look at conditions near 132nd and California. @WOWT6News pic.twitter.com/ZABCaNA88t

11:04 a.m. -- A semi rollover crash has Highway 75 closed just north of the junction with Highway 8 near the Kansas border, according to Nebraska 511.

This has been a trouble spot all morning: 2 new crashes at I-80 WB near 36th St. It's right as everyone is merging onto I-80 WB at the 480 split. Several crews in the area. So slow down and watch out. @wowt6news #FirstAlertTraffic pic.twitter.com/YXsHVpBlZQ

The airfield is closed. Icy conditions from ongoing freezing rain led @KCIAirport Operations to once again close the airfield/airport to flights. Terminals are open. Crews are out treating surfaces.

10:44 a.m. -- Four semis were involved in a crash that left three of them blocking the left lane of southbound I-29 between Honey Creek and Crescent. [ DETAILS ]

Crash on I-29 SB near Lake Manawa Exit. FD just getting there. Looks like two vehicles involved. One car stopped on shoulder and another in the median. @WOWT6News #FirstAlertTraffic pic.twitter.com/mcxWWLAmBr

8:02 a.m. -- Gov. Pete Ricketts has postponed his town hall in Fremont, scheduled for 2:30 p.m. Friday. The ceremony honoring the Fremont Rural Fire Department for their work during last year's floods is still planned for 3:45 p.m.

7:55 a.m. -- Council Bluffs has declared a snow emergency, putting a snow removal parking ban into effect at 6 p.m. Friday. All vehicles parked along the city's snow emergency routes will be subject to fines and/or towing at the owner's expense, according to a release from the city.

7:01 a.m. -- Eppley Airfield reminds travelers it is open, but advises keeping an eye on flight information.

Good morning, Omaha. Eppley Airfield remains OPEN with flights departing and arriving. Be sure to check with your airline for flight status. pic.twitter.com/D0bsLLP5x9

Heading west on W Broadway in Council Bluffs this morning. The roads are covered and quickly deteriorating pic.twitter.com/2ePVaD83H0

Good morning, Omaha. Eppley Airfield remains OPEN with flights departing and arriving. Be sure to check with your airline for flight status. pic.twitter.com/D0bsLLP5x9

Following two plows now on 84th St. Low visibility on the roads, plows are working hard but the snow is coming down quickly. pic.twitter.com/poueRiueHK

4:45 a.m. -- Snow falling steadily in the metro. Stay with 6 News for updates on weather and traffic. [ Download our First Alert weather & traffic app ]

Take a look: Snow is starting to come down near 120th and West Center right now. Just within the past few minutes we’ve seen it really start to pick up. @WOWT6News pic.twitter.com/1V5YRCtxmb