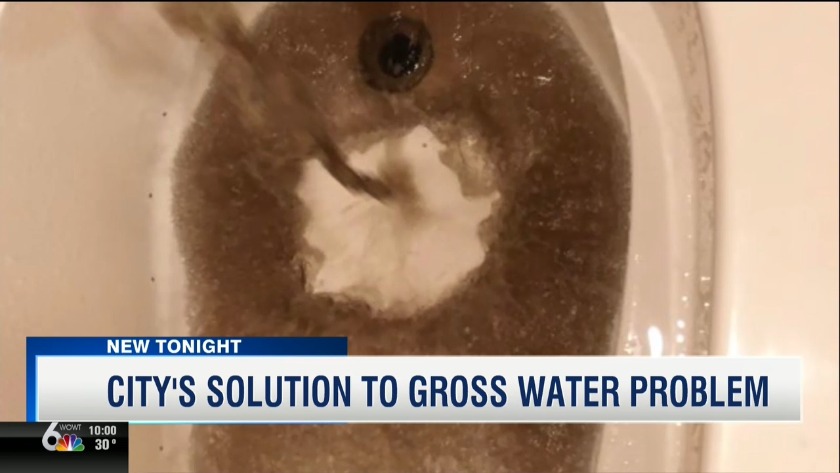 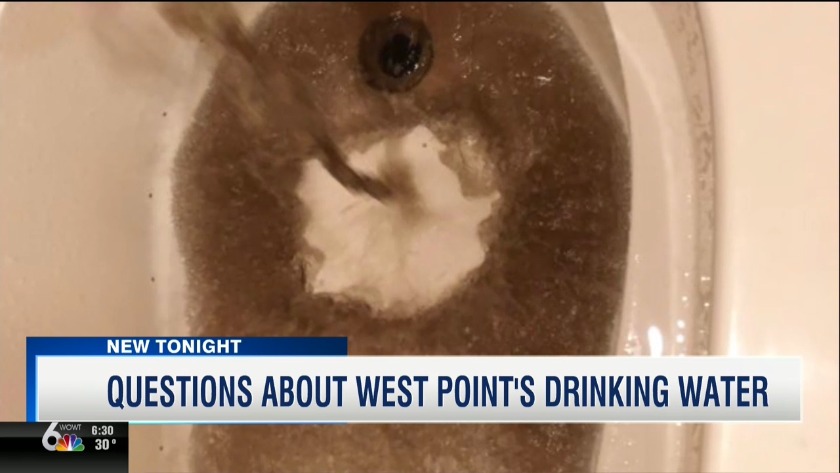 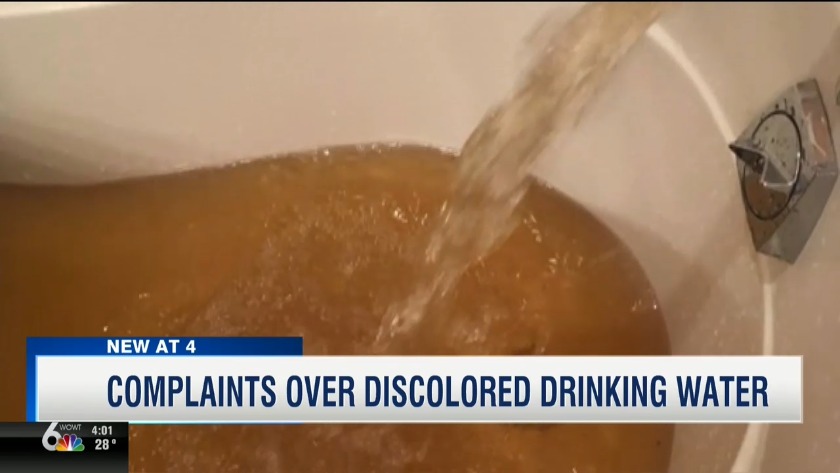 WEST POINT, Neb. (WOWT) - A small Nebraska community is frustrated because the city's drinking water doesn't look like water anyone would want to drink.

The water in West Point is coming out the tap brown. In some cases, it leaves behind a film in the tub and in the laundry.

The city said the water is safe to drink, but neighbors don't agree.

"I don't think they're covering it up. I think they simply don't know what the answer is. They say they're monitoring it, but that doesn't really solve the problem," resident Kathy Schlecht said.

"I've been keeping a daily log for the last to months," Schlecht said.

So far, seven days out of every month, the water from her faucet is brown.

Just a few blocks from Schlecht's home, it's even worse.

At Lisa Eisenmenger's home it's everywhere from the bathtub, to the laundry to the faucet. She's been dealing with it for over a year.

Eisenmenger believes the water made her son, Colin sick.

His neurological problems couldn't be explain din normal tests of the brain, but the six-year-old couldn't zip his coat, started shuffling his feet and had trouble remembering things.

Once Colin stopped drinking the West Point water, his mom said things started to get better.

The city wants to ensure the public that it's safe according to state drinking water standards.

Some families have had independent testing done on the water and they are questioning the levels of manganese, which, along with iron, changes the color of the water.

The city is trying to figure out why the numbers are different all over the city. They're not sure if the problem is in the water tower, or the million gallon holding tanks or the filters.

"It's not consistently in one area of the community. It's over here, it will clear up. And then we'll get another call and this time it's across town," Goulette said.

"We might go five days with perfectly clear water and think, 'Yes, it's gone.' And then, boom. There it is," Schlecht said.

The city council met Monday night to find a solution.

Two of the city's water filters were turned off and flushed out, and city officials said they'll need to do it a lot more often.

"This is an old town, so we have old infrastructure that's going to have to be worked on, so it's going to be a long process, but we have to stick with it," councilman Jerry Hugo said.

Many at the meeting were satisfied with the solution. Still, some hope that the city is quicker with followups in the future.

"I've not had any follow up as to did they take a water sample, didn't they, what did they find as a result of their visit to our home, " resident Deborah Schroder said.

City council members said that anyone having the water problems should contact the city immediately so engineers can start fixing it quickly.