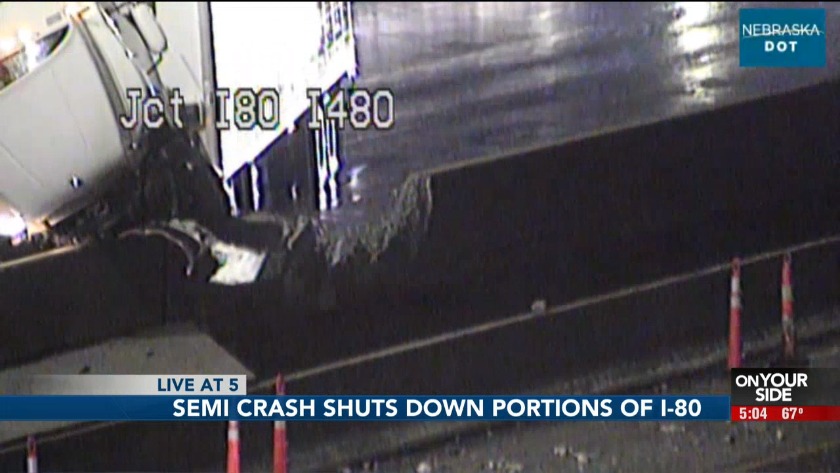 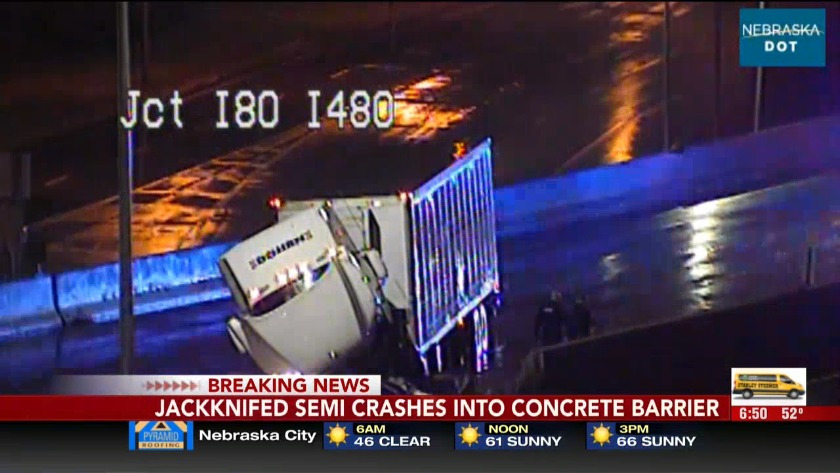 OMAHA, Neb. (WOWT) -- A semi heading east on Interstate 80 early Saturday jackknifed then crashed into a concrete barrier near the Interstate 480 junction.

No injuries were reported.

Omaha Police said the crash, which happened about 3 a.m. Saturday, caused chunks of concrete from the barrier to fall through a gap down onto I-480 below it.

Left lanes were closed for awhile following the crash, but were re-opened around 4:30 a.m.

Troopers assisted @OmahaPolice overnight with this semi crash near interstate 480 and Interstate 80. Troopers had two lanes of Interstate 80 closed for over an hour. pic.twitter.com/r5THj1O7ZN