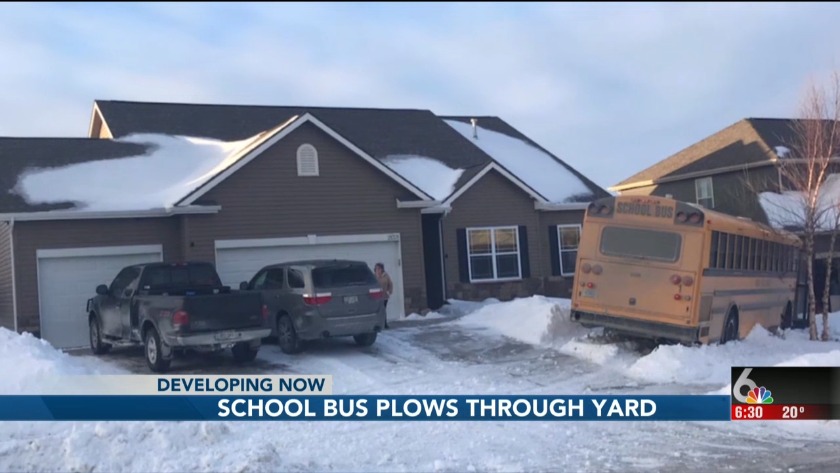 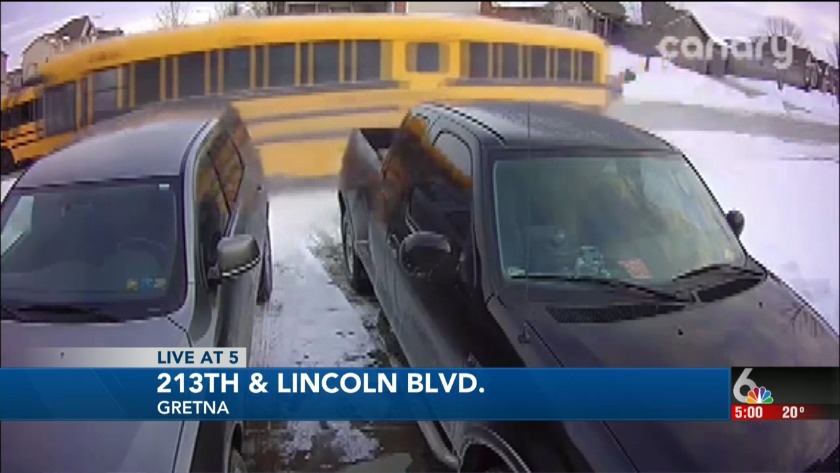 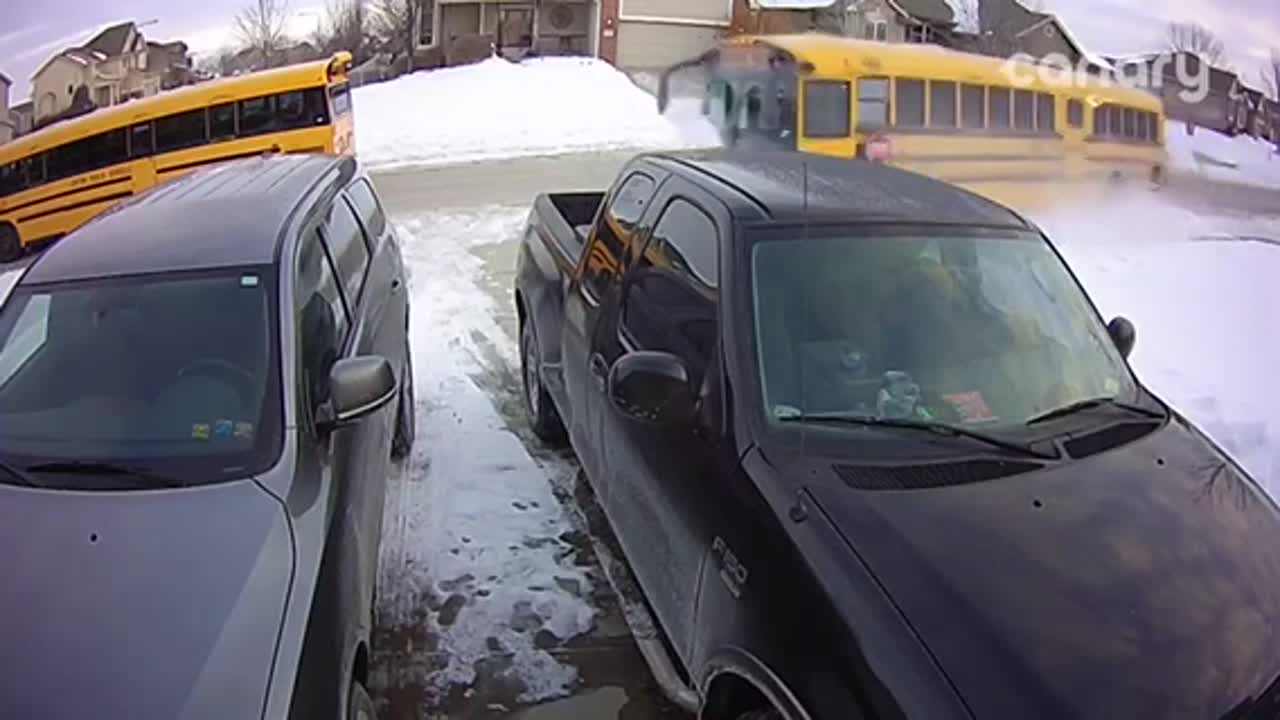 GRETNA, Neb. (WOWT) - A school bus plowed through the yard of a Gretna home Tuesday morning in an apparent attempt to avoid collision with another vehicle.

The bus nearly missed another school bus, a tree, a house and a car with a child in it.

There were 11 students on board the bus at the time, and no one was injured.

"He did a good job. He made the right choice and I'm glad everyone is okay," witness Zach Miller said.

The Sarpy County Sheriff is investigating the accident.

No official cause has been determined at this time, but the Assistant Transportation Director said the brakes went out of the bus.

"Our driver made his first stop and as he was heading to the next stop, the brakes lost pressure and he was unable to stop. He veered left rather than hitting the vehicle in front of him," Travis Lightle said. "They think the spring brakes kicked in, or it wouldn't have stopped. Snow helped, but if spring breaks didn't kick in it would have hit the house."

School officials said the driver has been driving school buses for the district for the last five years, and a mother told 6 News that the kids adore their driver.

The driver's name has not been released.

"The kids were ok and school showed up and took care of kids and any issues with the lawn they are willing to help pay for that," Miller said.

Witnesses told 6 News another bus arrived at the scene to transport the students to school, and that the kids did not seem upset when exiting the bus.