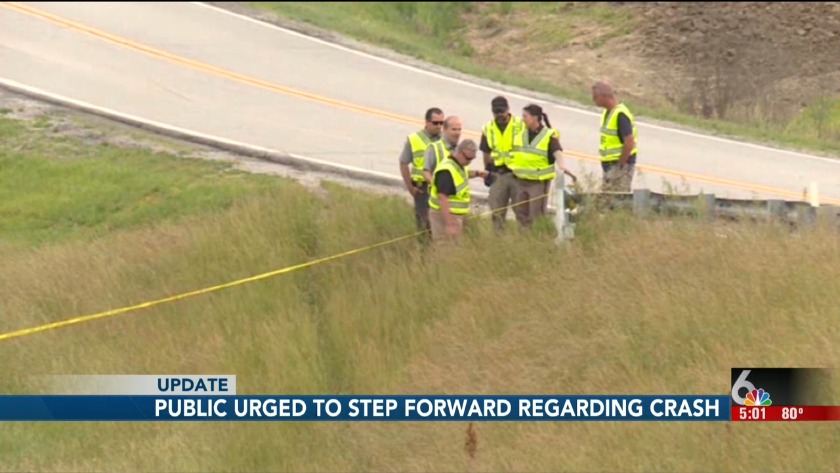 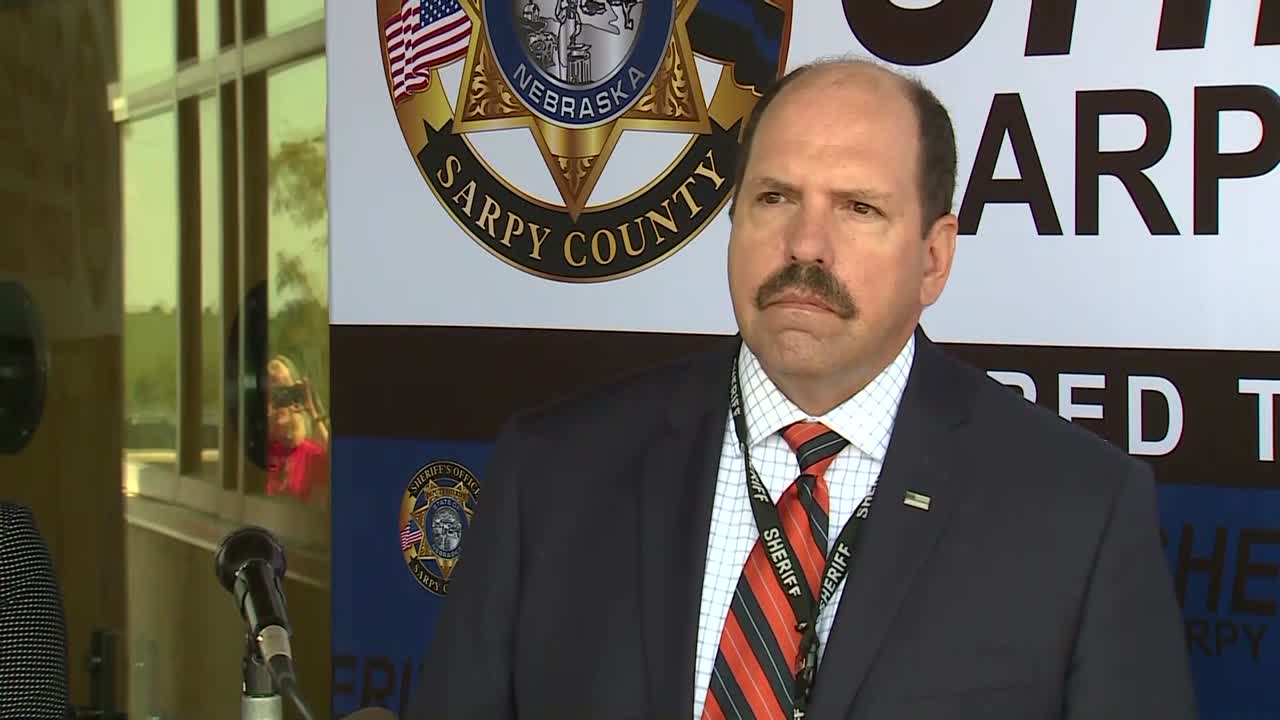 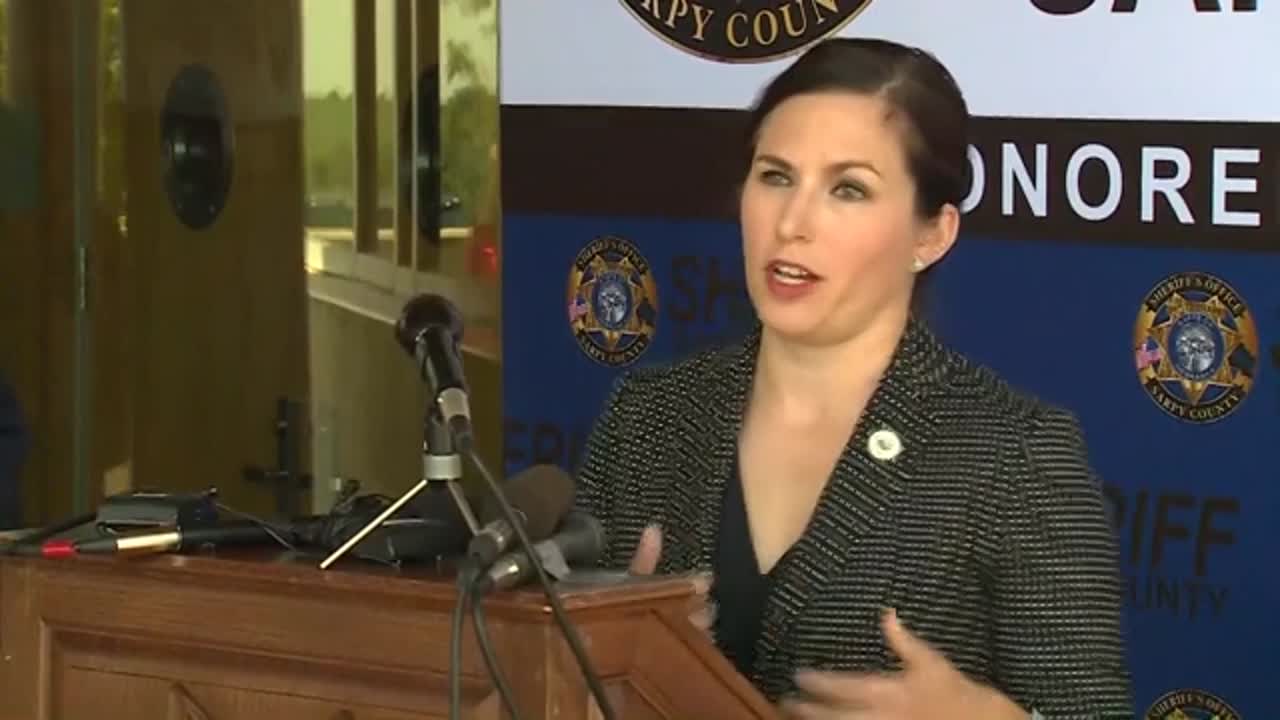 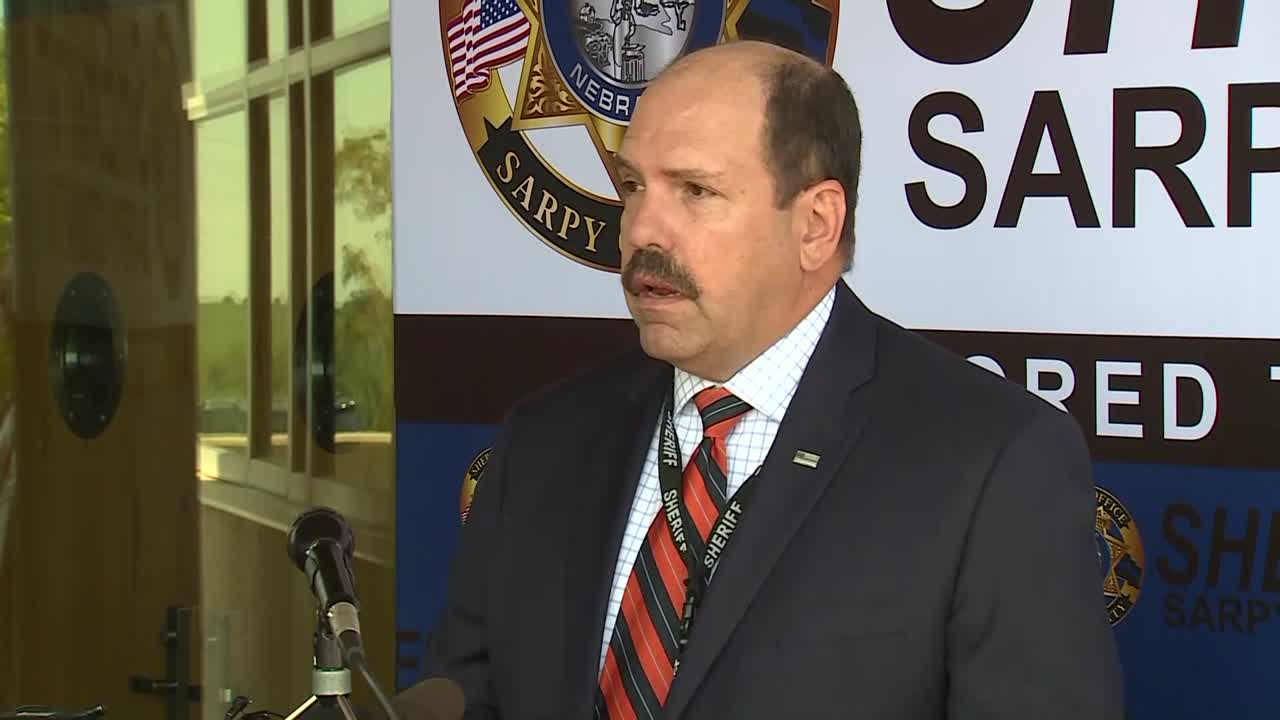 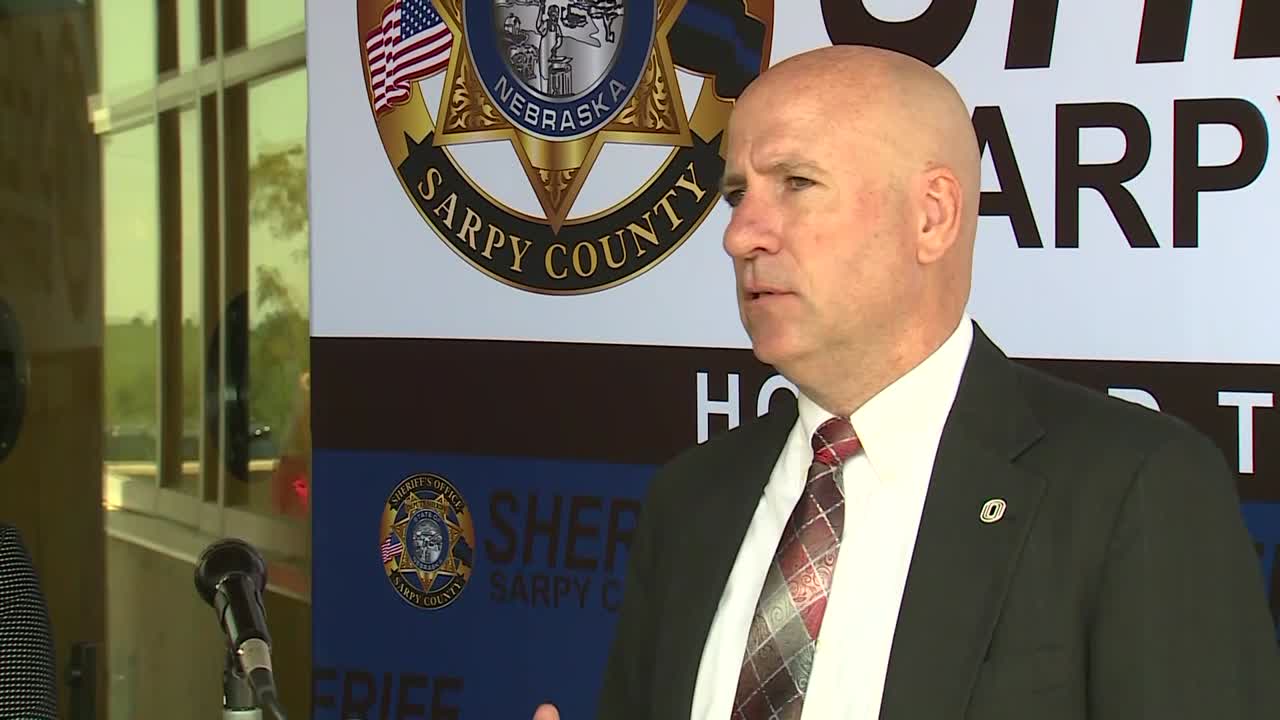 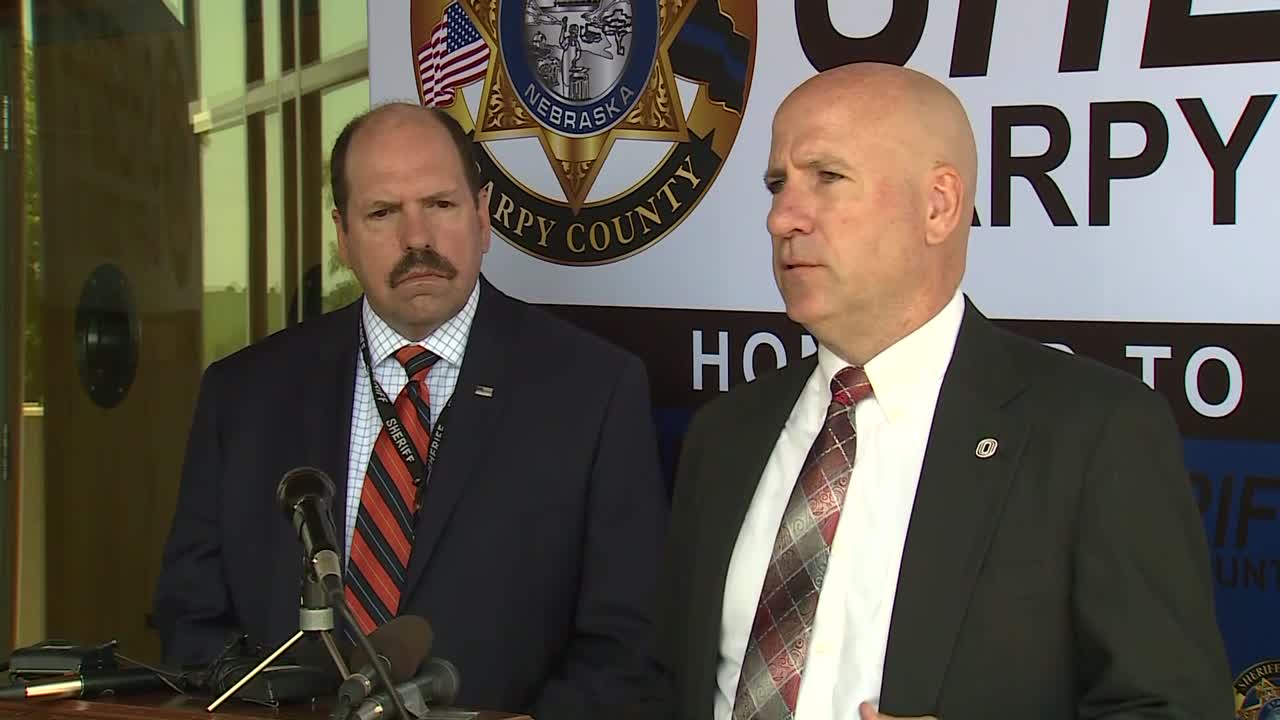 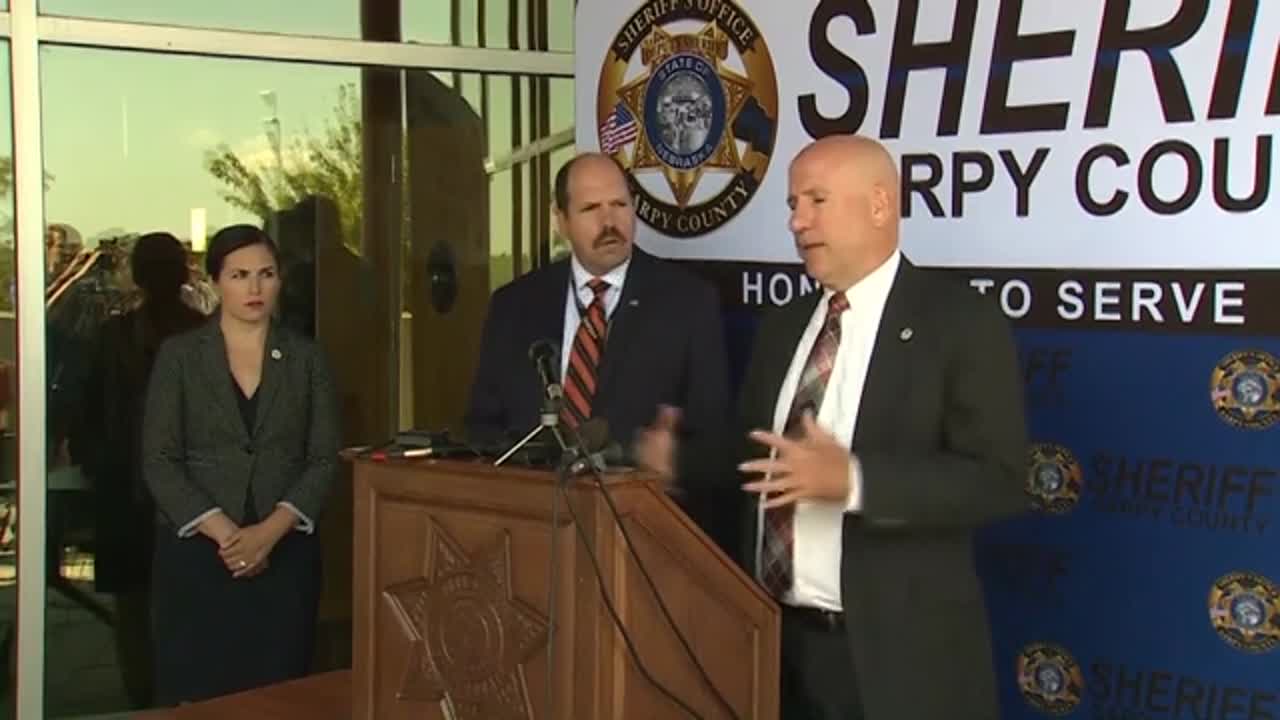 SARPY COUNTY, Neb. (WOWT) -- Authorities investigating the June 17 crash that killed four Gretna High School students have two "persons of interest" but are looking for information about who provided the alcohol — and where it came from, according to details revealed during a Wednesday press conference.

Sarpy County authorities on Wednesday, July 24, 2019, give an update on the investigation into the fatal crash involving five Gretna teens. (Jennifer Ortega / WOWT)

In an update Wednesday morning, the Sarpy County Sheriff's Office and County Attorney's Office asked the public to come forward with information to help with the investigation into the June 17 crash involving five Gretna High School students, four of whom died at the scene: Abigail Barth, 16, Alexandria Minardi, 15, Kloe Odermatt, 16, and Addisyn Pfeifer, 16. Roan Brandon, 15, was hospitalized in a burn unit following the crash and released earlier this month.

Authorities said they are looking for two people of interest they believe have information about where the alcohol provided to the minors came from, but that their attorneys are restricting investigators from speaking with them.

A $7,500 reward has been offered through Crimestoppers for tips leading to an arrest, authorities said Wednesday.

In a previous update last week, authorities said Abigail, the driver of the vehicle, was legally drunk and driving at speeds exceeding 90 mph.

Addisyn was the only person in the crash who did not have alcohol in her system at the time of the crash, authorities said.

"We have been spending a lot of time and a lot of resources investigating this case," Chief Deputy Greg London said. "The goal today is about prevention... We're trying to find out where the alcohol came from."

Those who know have a moral obligation to come forward, London said.

Sarpy County Sheriff's Capt. Kevin Griger said investigators have spoken with dozens of people while looking into the crash and determined the teens in the crash had not been at a party reported to have been underway that night.

"No alcohol was found at the party," he said, noting that the parents at that home were very cooperative with authorities.

The teens were instead on their way to the home of one of the girls when the crash happened, Griger said.

There's no way to know yet whether any charges will be filed relating to the crash, said Bonnie Moore of the Sarpy County Sheriff's Office. That determination will be made once more information is known about the events leading up to the crash, she said.

"What's important here is just getting down to what happened," she said.

All at the press conference encouraged anyone with information to contact the Sarpy County Sheriff's Office or call Crimestoppers.

Griger said Roan, the lone survivor of the crash, has not made a statement and has not been in contact with authorities.

"She has an attorney and isn't talking," he said.

Griger also said that investigators have looked at a video recording from the high school, but that it doesn't show clearly whether anyone in the video had anything in their hand.

London said Omaha Police have assisted in the investigation.

"They are helping us track down some leads," he said.

London said $5,000 of the reward came from a private donation made by Bob Batt, who previously served on the state's liquor control board, in hopes of getting authorities some solid leads.

Griger said anyone wishing to make a donation to add to the reward being offered is asked to contact Sarpy County Crimestoppers as well.

—
Correction: A previous version contained inaccurate information about the party referred to by authorities. 6 News regrets the error.

Sarpy County Crimestoppers is offering a $7,500 reward for information leading to an arrest in this investigation. If you have information to share: