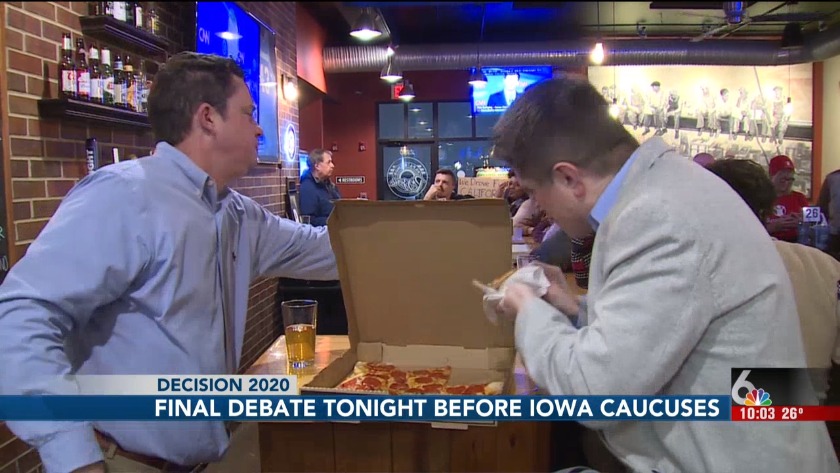 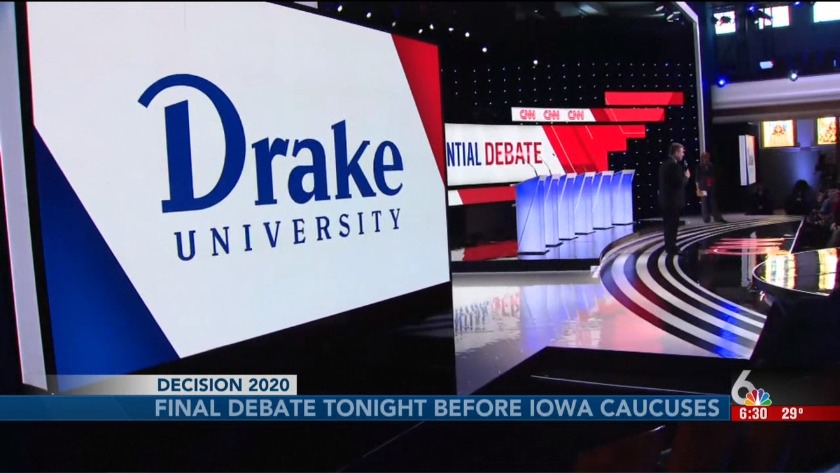 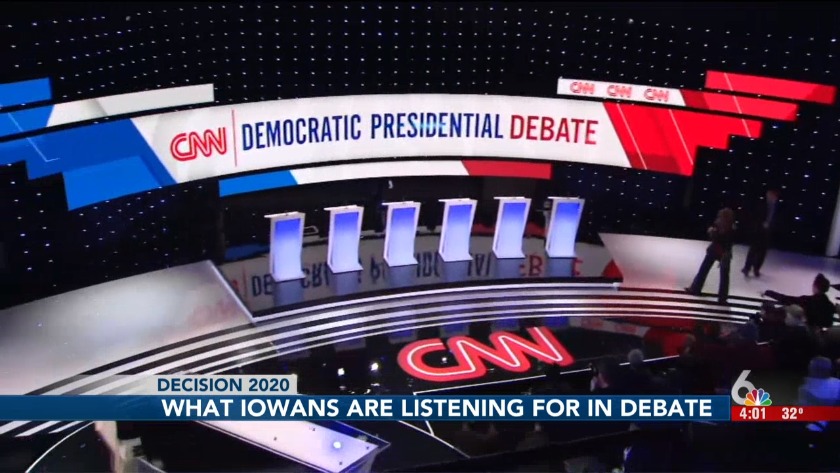 What Iowans are listening for in tonight's debate

What Iowans are listening for in tonight's debate

DES MOINES, Iowa (WOWT)-- The stage is set at Drake University in Des Moines and earlier, local reporters and photographers were allowed inside the auditorium for a sneak peek of the debate setup.

If you've seen any of the other debates -- one thing really stands out here in Des Moines: there are only six podiums for the six candidates who met the fundraising and polling guidelines set-up by the democratic national committee.

It's the smallest and least diverse of the debates.

One voter, Abby Rundquist, wasn't able to get a ticket for the debate but will watch at one of the candidate's parties here in Des Moines.

This is the 7th democratic debate and the last one before the Iowa caucuses.

There is a free speech area located just a few hundred feet from the debate auditorium. Minnesota Senator Amy Klobuchar from a neighboring state has supporters right now.

Overhead a plane was spotted with a pro-trump sign saying, “Trump Fights for Iowa Farmers.”

Across campus, there's an active presence of folks wanting the candidates to address the issue of poverty.

The debate will be the smallest with only six candidates.

"We're in a climate of red versus blue and no one gets along. Andrew is smart enough to understand first than to be understood," said Fred Ramey, from Arizona.

"He's as strong as ever and we feel he will peak at the right time. He's the fastest-growing candidate," said Galeski.

With Nebraska's primary so late in the schedule they decided to take their debate to the Iowa debate.

"He thinks of solutions independently rather than spewing political convenience and talking points, he really looks for solutions," said Swanson.

This is the last debate before Iowa Caucuses on Feb. 3rd.

President Trump will hold a rally in Des Moines three days before that.