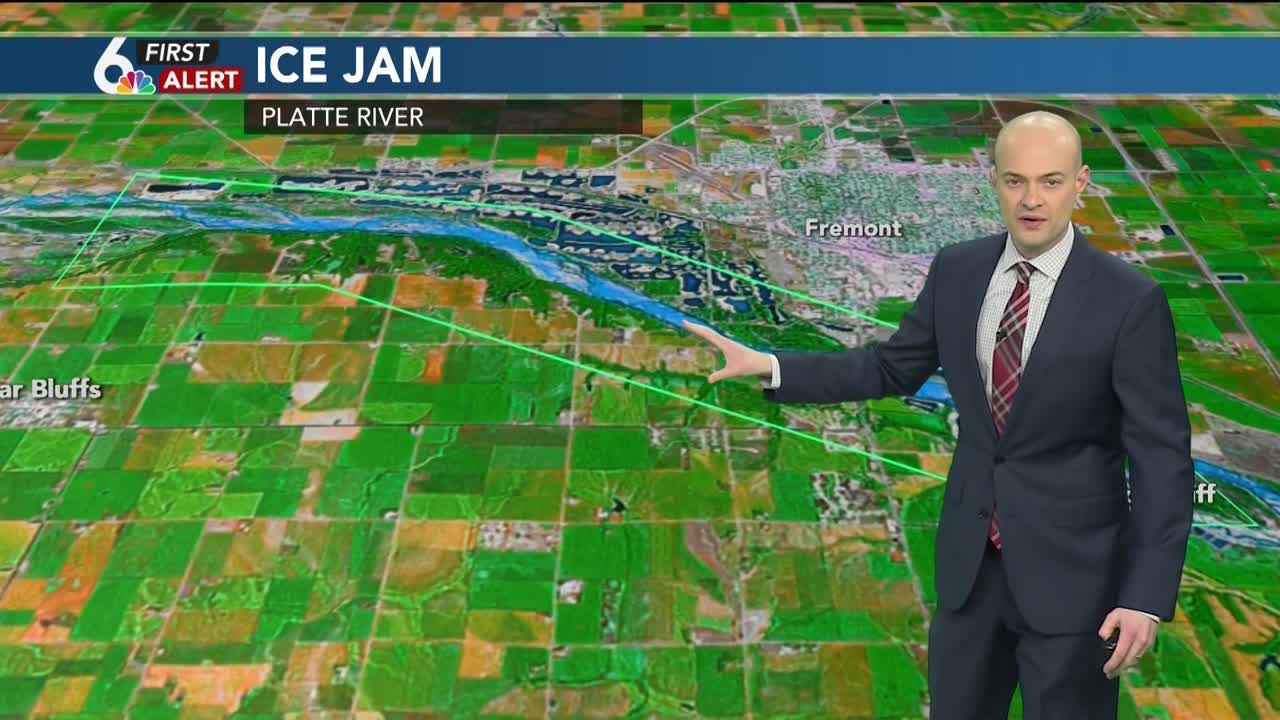 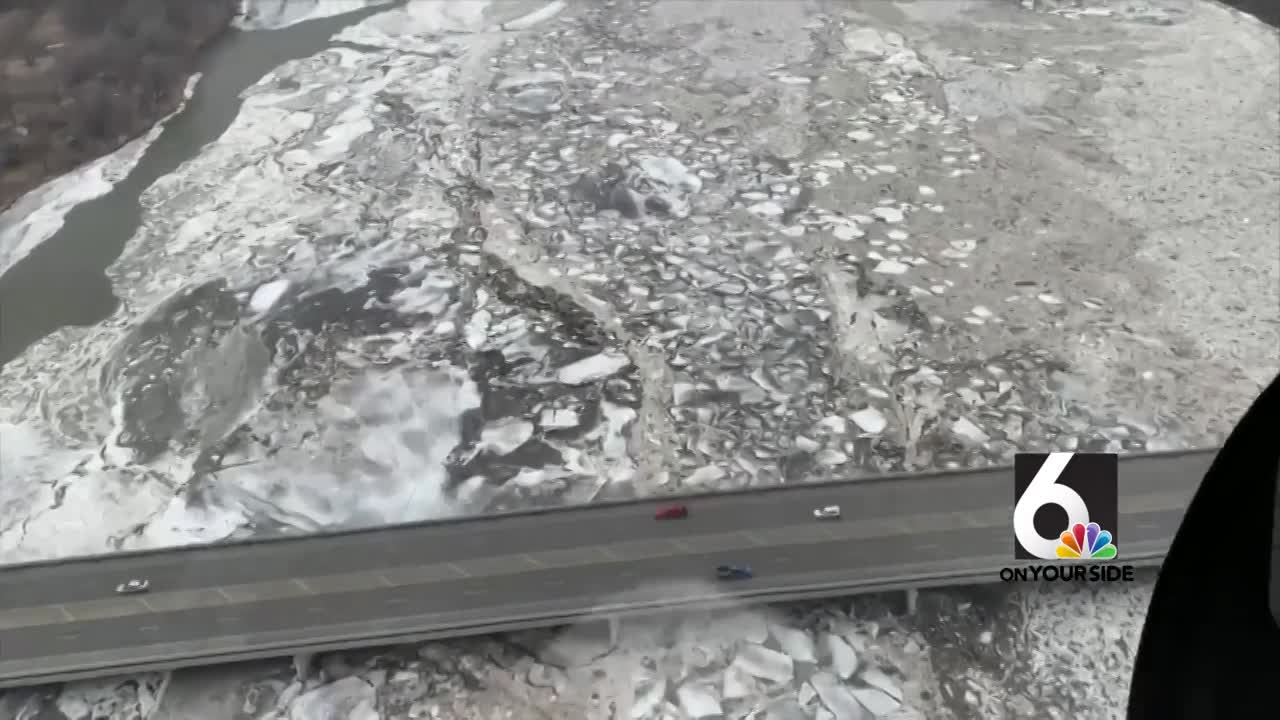 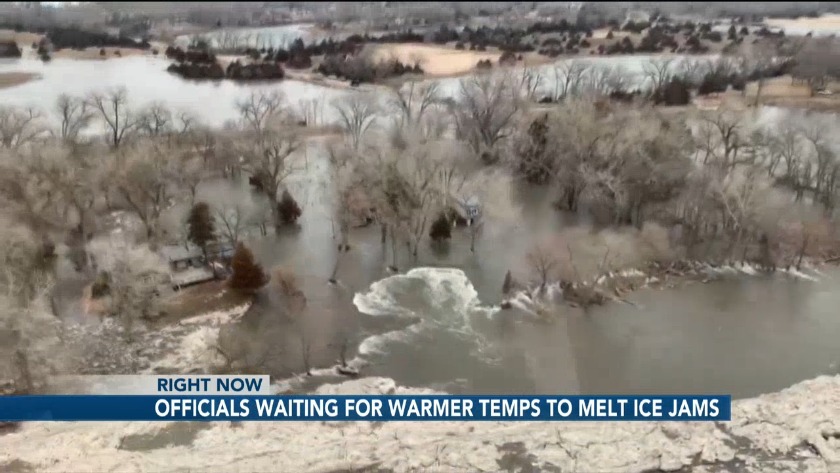 DODGE COUNTY, Neb. (WOWT) — The scene from above the Platte River south of Fremont shows ice jamming up the river’s flow, still days away from any potential movement.

People living nearby are preparing for more water, just in case.

“Anything valuable stays off the ground,” Molly Bird said.

Even though they’re taking a hit right now, people living near the Platte are likely to escape the worst of what's to come this spring.

If you're located farther west in the state you're looking at about a normal flood risk,” said Paul Fajman, a meteorologist with National Weather Service, noting wet ground and high rivers are still likely to cause some flooding, but nothing like what's expected further east and to the south.

“If you're along the Missouri, unfortunately, the news is a little worse,” Fajman said.

Heavy snowfall in the Dakotas, along with what's coming down from the Rockies, helps to paint a daunting picture.

“Parts of Iowa and southeastern Nebraska in the past few years that part of the Missouri has been flooding frequently over the past few years, so I’m sure they’re probably starting to get fatigued,” Fajman said. “And they do have reason to be worried this spring."

But nobody is off the hook; all it would take is some heavy rainfall to push other rivers over the edge.

“If we were to get a big event like three inches of rain we probably would see some more widespread flooding throughout Nebraska,” said Fajman.

As for whether more ice jams are on their way along the Platte, people living nearby will have to wait and see.

“In the immediate future it looks unlikely,” Fajman said. “But it's hard to say exactly we'll see more ice jams or where they might be. it kind of depends on the temperatures."

Warmer temperatures this weekend are expected to help get the jam along the Platte River moving along.