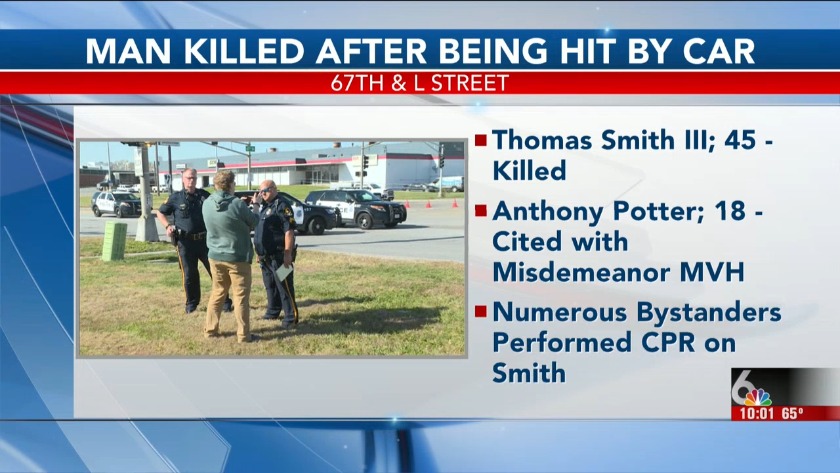 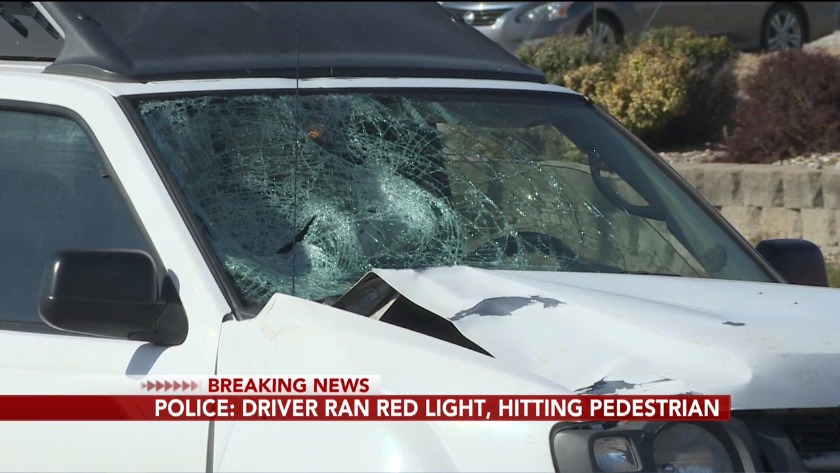 OMAHA, Neb. (WOWT) -- The man hit by a car crossing L Street near 67th on Friday afternoon died hours after he was taken to the hospital in critical condition.

A white SUV sits with front-end damage and a broken windshield on the road near 67th and L streets on Friday, Oct. 18, 2019. Police said the vehicle hit a man who was crossing the street at a crosswalk. (Roger Hamer / WOWT)

Omaha Police said Thomas Smith was crossing at the intersection with the light around 2:15 p.m. when he was hit by an eastbound white SUV that violated the signal. The driver stopped, and a witness administered CPR on the victim until medics arrived, police said.

Smith was then taken to CHI Bergen Mercy Hospital, where he died.

Anthony Potter, the driver, was cited for misdemeanor motor-vehicle homicide.

Officers shut down L Street from 63rd to 72nd streets to investigate the crash. It was reopened around 4:45 p.m. Friday. The white SUV at the scene had a broken windshield and visible front-end damage.