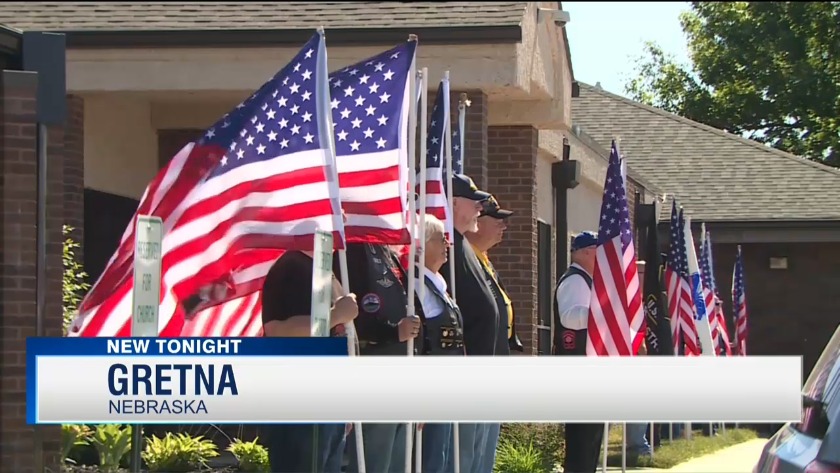 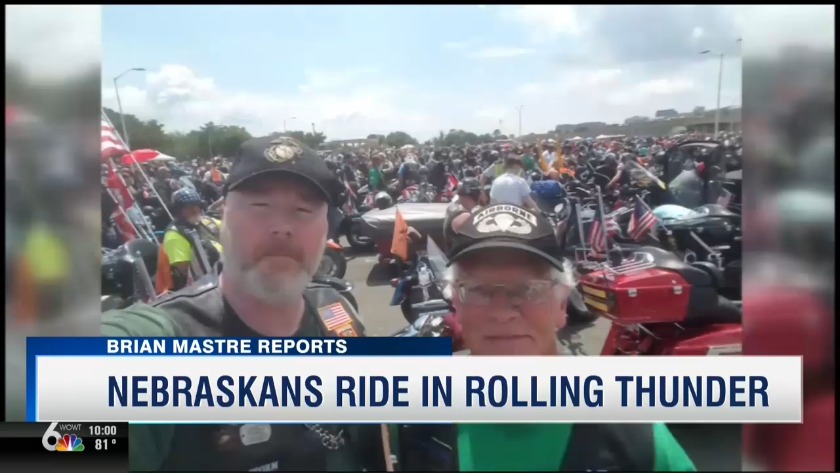 GRETNA, Neb. (WOWT) -- A number of motorcyclists are expected to travel great distances to attend a funeral in the metro. Many of them are doing it because they know it would be done for them.

This past weekend thousands of motorcyclists gathered in our Nation’s capital to honor P.O.W’s and those left behind. Among them attending were riding buddies Steve Schmidt of Crete, Nebraska and his uncle Ken Simpson of Gretna, Nebraska.

Steve had never been to Rolling Thunder before – but Ken had.

“My Uncle Ken had been in the Army – been in the Signal Corps – been through Airborne. He connected with a lot of people on a lot of different levels,” said Steve Schmidt.

A snap taken on the trip is the last photo the two will take together. On their way home – and on the interstate in Illinois Tuesday evening – Ken was killed in an accident.

“The deer came from the median. I didn’t see it. The deer knocked him off the bike and the bike kept going,” said Schmidt.

Simpson was gone at the age of 66.

“He was an incredible family man,” Schmidt told 6 News. “He doted on his children and grandchildren. The friendliest and nicest guy you’d ever know…intelligent and great sense of humor.”

The crash happened outside of Springfield, Illinois. They took this route so Steve Schmidt could pay his respects to a Marine he worked with who was killed in Desert Storm. His uncle Ken was a member of the Patriot Guard – bikers who attend an honor fallen American heroes.

“He was trying to convince me to join and I hadn’t. They’ll be there tomorrow at his funeral. I’ve now joined,” said Schmidt.

Ken Simpson’s funeral will be at Gretna’s United Methodist Church Friday at 10:30. It’s expected a number of riders from the Patriot Guard and Desert Thunder will be there to say thank you – and goodbye.