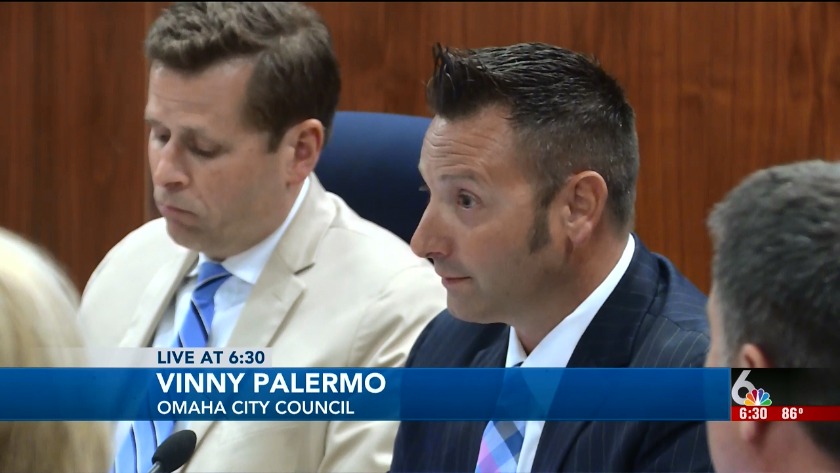 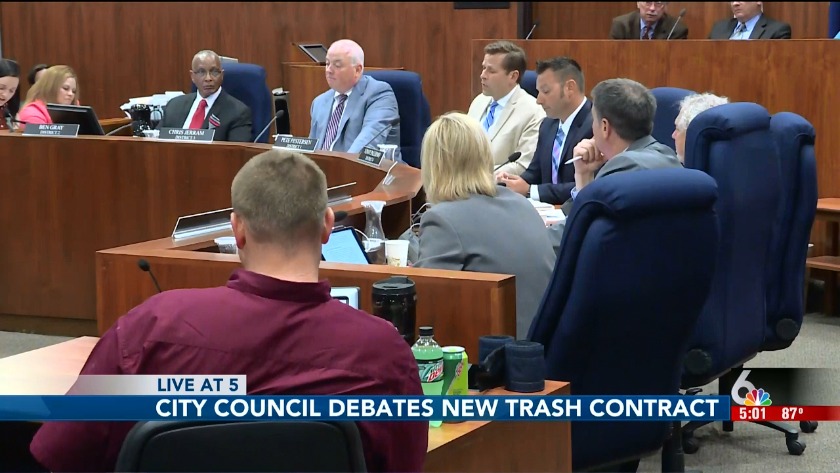 OMAHA, Neb. (WOWT) -- As problems mount for the city’s current trash company, the Omaha City Council has rejected the contract for a new garbage hauler.

Mayor Jean Stothert’s plan to hire FCC, an international company, to pick up trash for the next decade received only one vote in support — from South Omaha Councilman Vinny Palermo.

West Central Sanitation, a company from Minnesota, was quizzed repeatedly about its lower bid, and whether it had the finances and skills to take on a much bigger city.

The mayor says the small company is too big of a risk for Omaha to take.

With the current trash contract up in 2021, Stothert said it's not back-to-the-drawing-board for her. She said it's up to the council to decide what they really want in the next garbage, recycling, and yard-waste contract.

“When you see the problems we have with big companies not being able to pick up trash on time, or having enough drivers to do separate yard waste collection — that's in our current contract,” Stothert said. “Why would anyone think a very small, family-owned company who only serves rural Minnesota would be able to do any better?”

The city council raised several questions regarding yard waste, such as having smaller trash bins for homes with smaller garages, and the big savings the smaller company from Minnesota would pass along.

The city’s current garbage contract bids run through the end of July, but they could be extended while the council and Omaha Public Works try to figure out what works, what doesn't, and what the city wants to pay.

Should we have three bins or two bins? What about the sizes?

Should we have unlimited yard waste — because some customers could fill their containers every week — or should it be just in the spring and fall? And do we pay for stickers?

It doesn't seem Omaha is any closer to a consensus.

“The residents want to put out their trash or recyclables and yard waste in the morning and go to work, and when they come back, it's gone. That's pretty much it," Councilman Vinny Palermo said Tuesday.

Palermo was the only council member to support the garbage pickup plan put before the city by the mayor and the department of public works Tuesday. He said people who know a lot more than him about the business tell him this proposal would do the job without a tax hike.

The rest of the council voted “No” on the 10-year contract with international company FCC Environmental, even with a few 11th-hour changes.

“This additional bid — trying to address some of the concerns we raised — but my perspective is: I can't imagine approving a $230 million contract based on a letter of intentions that sometimes change,” Councilman Pete Festersen said.

Stothert said it's too risky to go with them. She said she questions whether the city would be in the same position it is in now: with trash and yard waste piling up curbside.

“Our company has proven to be able to handle the task of servicing the City of Omaha,” said Don Williamson of West Central Sanitation. “When it comes to finances, we have sent you a letter from our bank assuring funds."

The majority on the council weren't convinced but said they believed there's something better for taxpayers than what the mayor proposed.

The mayor said the onus is now on the council.

“I'm going to turn it back to the city council and — what is it you want?” Stothert said. “What level of service do you want? What are you willing to pay, and are you advocating a tax increase? Because that's something I will not support.”

The mayor could tweak the current proposal and ask the council to vote on it, but Tuesday, she didn’t seem interested in that. Instead, she said she believes the council needs to get together and figure out what will work — and what can get four votes.