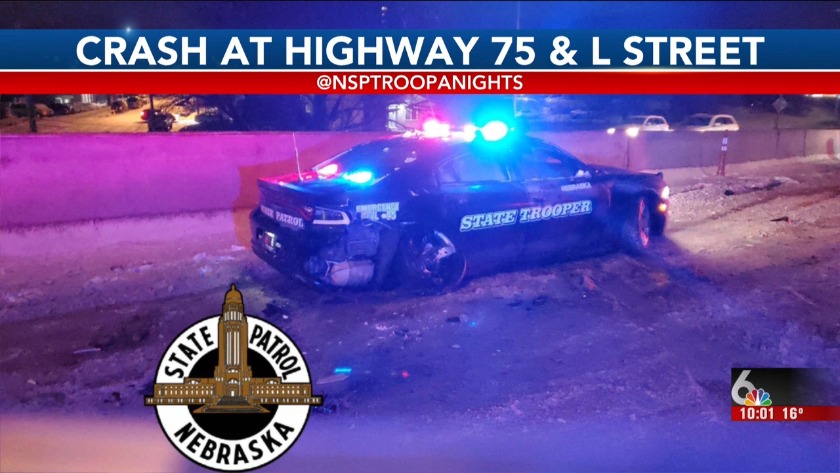 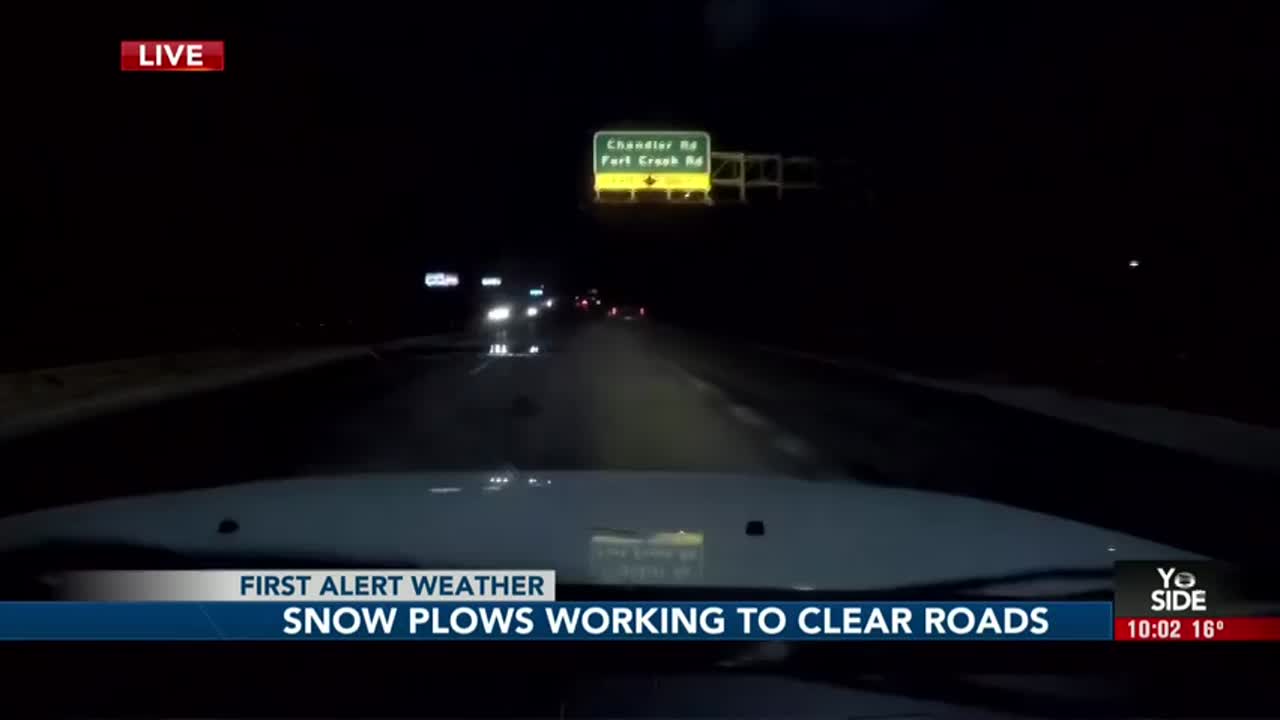 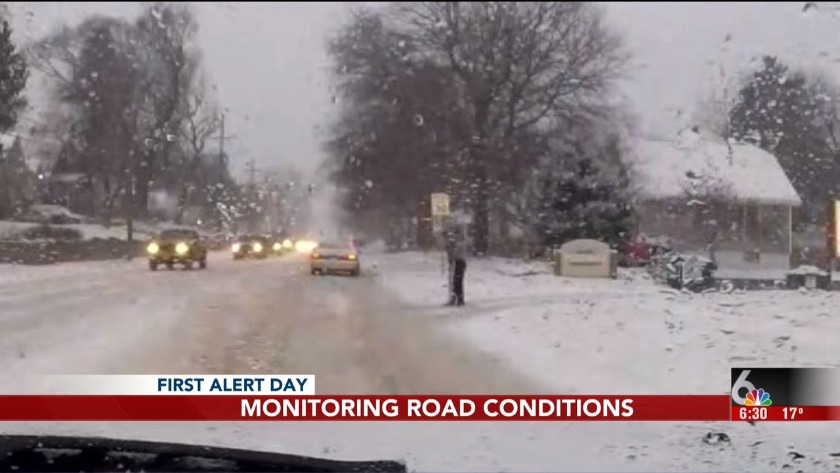 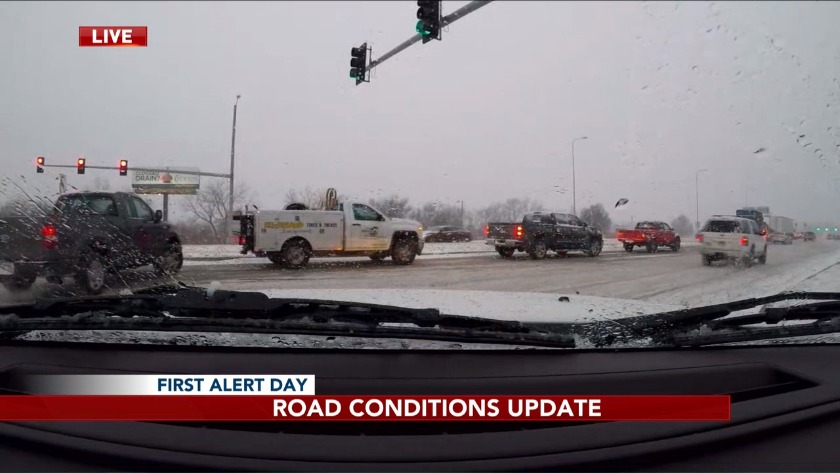 OMAHA, Neb. (WOWT) -- 8:50 P.M. – Traffic was backing up Friday night in the southbound lanes of Highway 75, which were closed while Nebraska State Patrol investigated a crash involving a trooper near L Street. The trooper was rear-ended but was not hurt in the crash, according to an NSP tweet.

A trooper’s cruiser was struck tonight in Omaha while he was responding to another crash.

Thankfully the Trooper was not in the vehicle at the time and is unharmed.

Please slow down when conditions are like this. It could prevent a tragedy. #ThinBlueLine pic.twitter.com/Si6MjKAF1V

Thankfully our trooper was unharmed as he was outside the unit responding to the first crash.

The cruiser can be replaced, the trooper/husband/father cannot.

Please keep that in mind as you approach a crash scene where first responders are working.#SlowDown #MoveOver https://t.co/WAZegVSk90

5 P.M. – Omaha officials said snow plows have been out mostly east of Interstate 680 as that's where most of the snow has fallen.

Omaha Public Works officials said they were prepared ahead of the storm Friday, sending 100 trucks out to plow roads with 175 more back-up trucks ready from another contractor if needed.

In La Vista, officials said they had salted deck bridges and were working around the clock on back-to-back shifts.

4:31 P.M. – One of our 6 News crews checked on driving conditions along Highway 75 in Bellevue.

3:24 P.M. – Omaha Police report they are temporarily not responding to reports of non-injury crashes. Drivers are advised to move away from traffic and exchange information.

OPD is now investigating 11 motor vehicle crashes citywide. Please, Please slow down, wear your seat belt and put the phone down. Lets all have a good start to the weekend.

Very slow going around the metro right now! Roads beginning to become snow covered, especially near and south of I-80 and east of I-680. Take it slow on the drive home! pic.twitter.com/pnj0L4eWNf

We've been battling dry air this afternoon over the metro, but snow is just now starting to fill in. We're seeing flakes at the station here in Midtown. Snow should start in Downtown through Millard, Papillion, Bellevue and Gretna soon! pic.twitter.com/ANstRxf7rC

We've been battling dry air this afternoon over the metro, but snow is just now starting to fill in. We're seeing flakes at the station here in Midtown. Snow should start in Downtown through Millard, Papillion, Bellevue and Gretna soon! pic.twitter.com/ANstRxf7rC

12:33 P.M. – As weather forecasts continue to call for snow across the Omaha-metro in the coming hours, OPS has called off its after-school and school-related activities for Friday.

Omaha Public Schools said in Friday's press release that weather and subsequent road conditions could delay buses during drop-off. The release also states that Foundation Kids Club would be closed and that students would remain supervised until they were picked up.