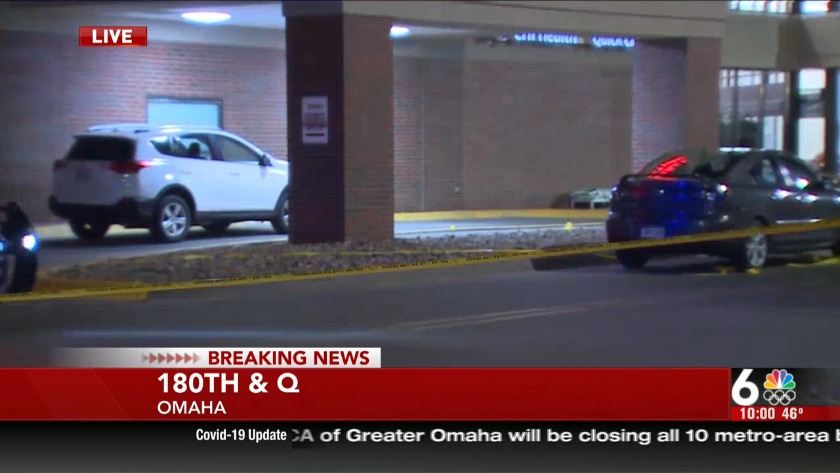 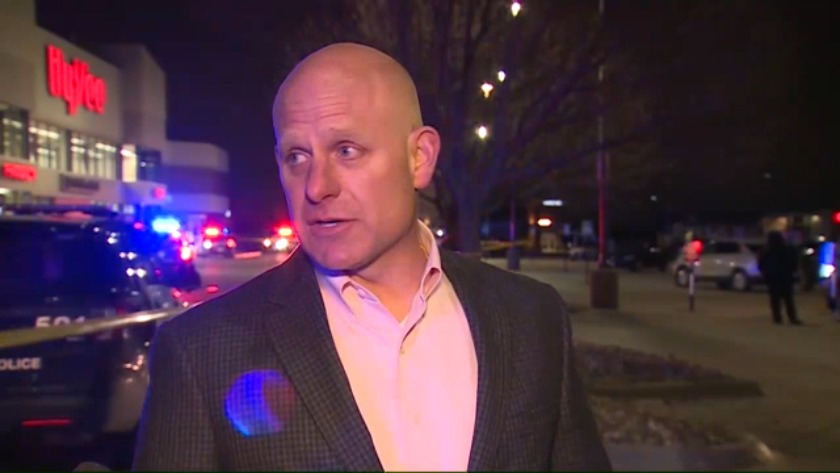 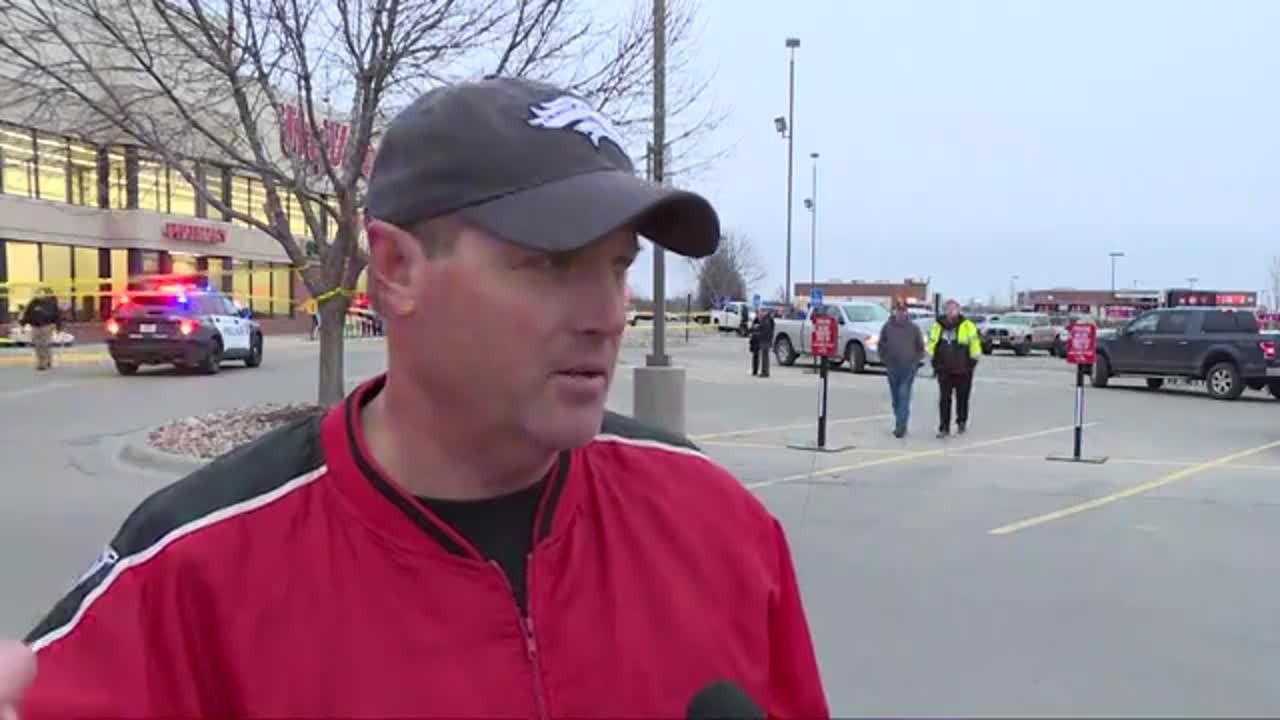 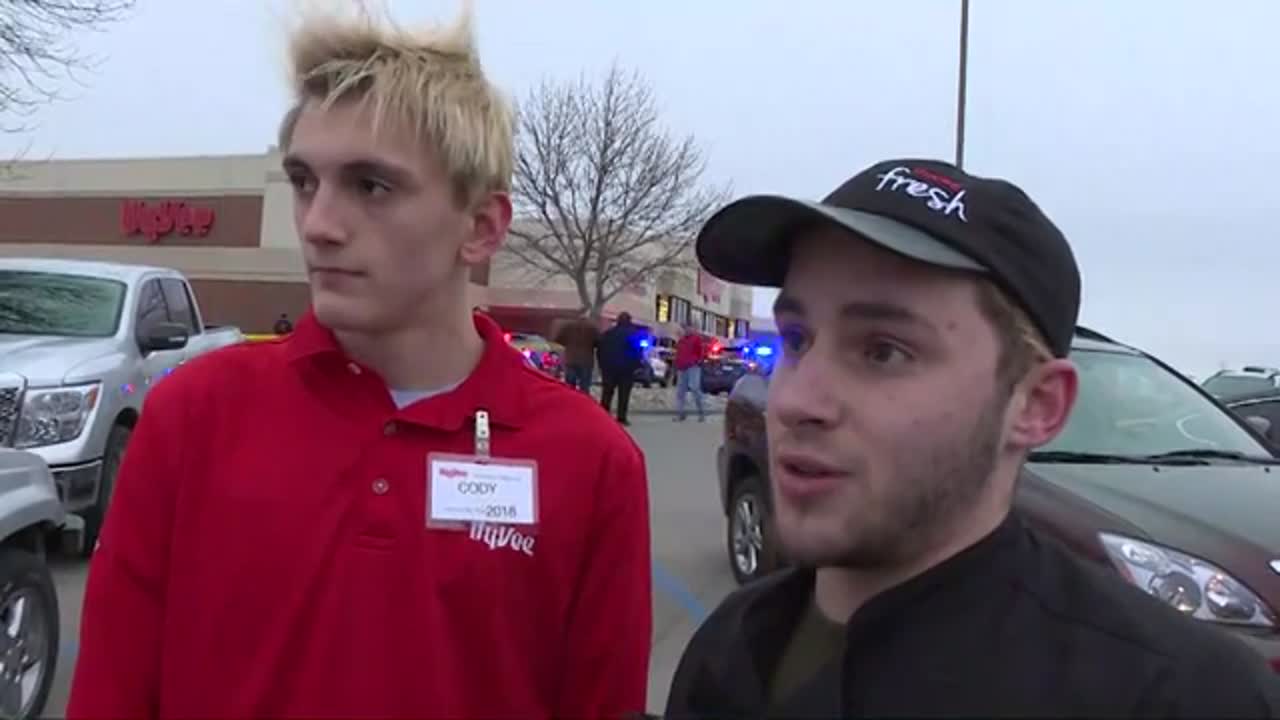 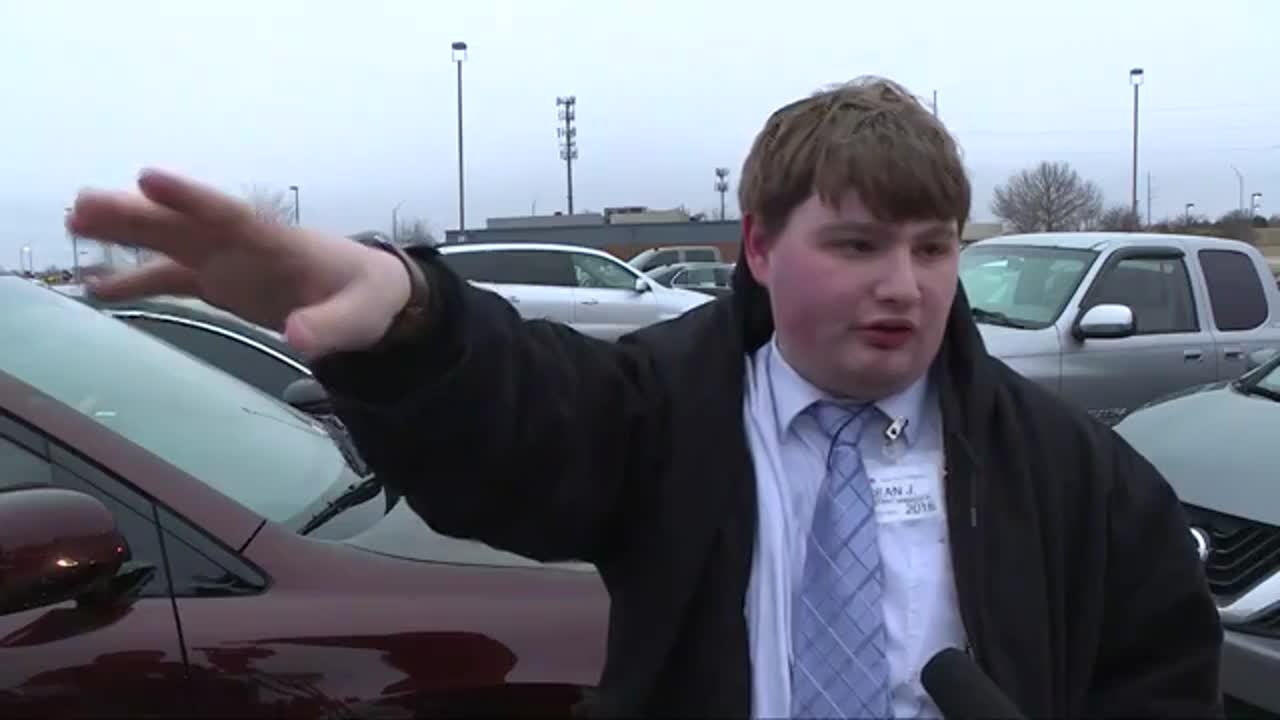 Omaha Police were called to a southwest Omaha Hy-Vee location just after 6:30 p.m. Tuesday evening after several calls to dispatch were reporting shots had been fired there. (WOWT)

Several caller reported to dispatch they had heard shots at the Hy-Vee near 180th and Q streets.

Following the incident, an off-duty officer and a man police are describing as "a heroic customer" took down the shooter together, OPD Deputy Chief Ken Kanger said in an update from the scene. After a short scuffle for the gun, they had him under control and arrested him.

Police said a man in his 20s spent about 30 minutes parked in the store's parking lot before shooting at cars in the pharmacy drive-through.

Police aren't yet sure why the man walked into the store and started firing, but are questioning the suspect and witnesses who were inside the store.

Employees said the store was busier than a typical Tuesday.

"(The call) was extremely unusual," OPD Deputy Chief Ken Kanger said in an update at the scene. "It came out as an 'active shooter' after he entered the store. Obviously, it's one of the obviously more challenging and frightening calls that comes to a community, that comes to the Omaha Police Department. And we’re just extremely fortunate and grateful that there weren’t serious injuries here."

Sean Johnson, an assistant manager at the store described the shooting.

”He started shooting at the cars in the pharmacy lines… he then came into the entryway there, and he was shooting the windows out, and he got into the store," he said. "That’s when I heard the first shot."

Medics were on-scene shortly after the call came in, and Douglas County Sheriff's deputies were assisting with interviewing witnesses near the pharmacy.

Once inside, authorities said, he shot a monitor and started walking through the store.

Customer Jason Green and his wife were checking out when he said he saw the man and what police are saying was a semi-automatic handgun.

”He spun around, and it didn’t look like he was targeting anybody," Green said. "He didn’t have it positioned at anybody. He just had it at his side and was walking in.”

The customer said he saw the shooter — "black revolver, guy had black hair and was wearing black jacket" — but didn't realize it right away.

”I didn’t think he was the shooter until I saw the gun in his hand and then my fight or flight kicked in and I ran, I was 40 feet from him," Green said. "I was 40 feet from him, and there wasn’t anybody in between the two of us. There was nothing I could have done, knowing he was shooting."

Green said his wife ducked down then ran out.

”She crouched in one of the aisles," he said. "She took off, and when I looked back at him, I ran again, tried to find her, and I did find her."

”From what I understand, he walked into the store… he knew he had no care in the world. He knew he shot the gun. He knew what he was doing," Johnson said.

An employee who said he was working near the front of the store said he heard a gunshot.

"I just heard someone screaming, 'There's a gun. Someone has a gun.' Then I heard a gunshot, and we all just ran to the nearest door," employee Cody Kerfoot said outside the store just after 7 p.m. Tuesday.

Another employee who works in the meat department said he heard the shot.

"I heard a loud bang, and I heard somebody yell, 'He's got a gun' and then just started getting as many people who were there into the back into a cooler for a few minutes, and then just out through the back loading area," employee James Baltes said.

They sheltered in place for about five minutes, he said, until they got an "all-clear" to leave.
—
This is a developing story. Stay with 6 News for updates.

BREAKING > police have arrested the 20 year old man they say walked into this Hy-Vee and started shooting. Details at 10 on @WOWT6News pic.twitter.com/rtNeFIvQ5u