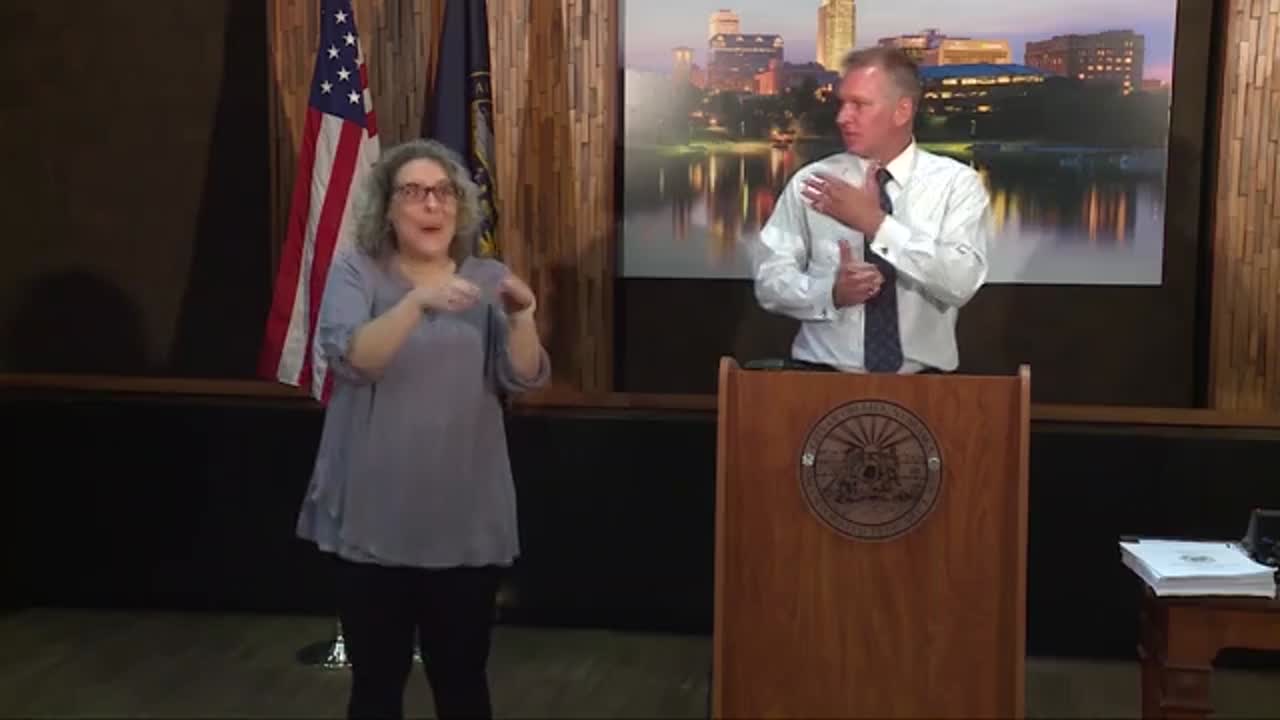 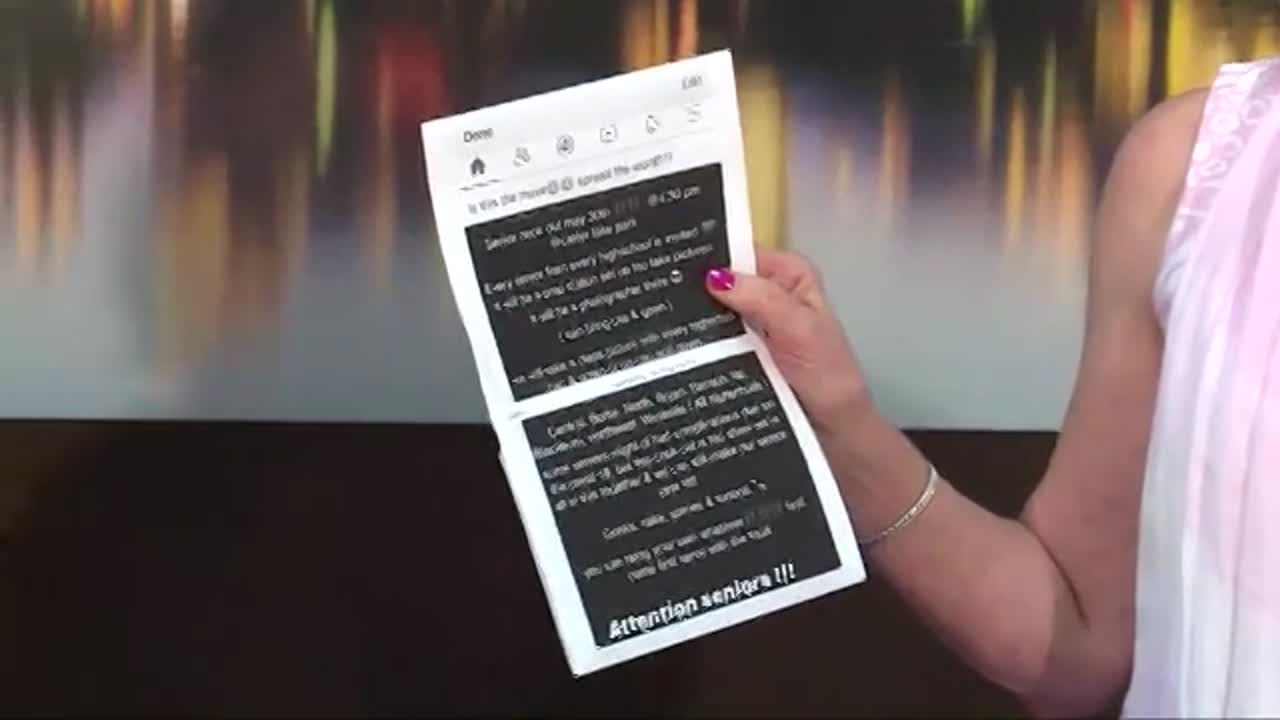 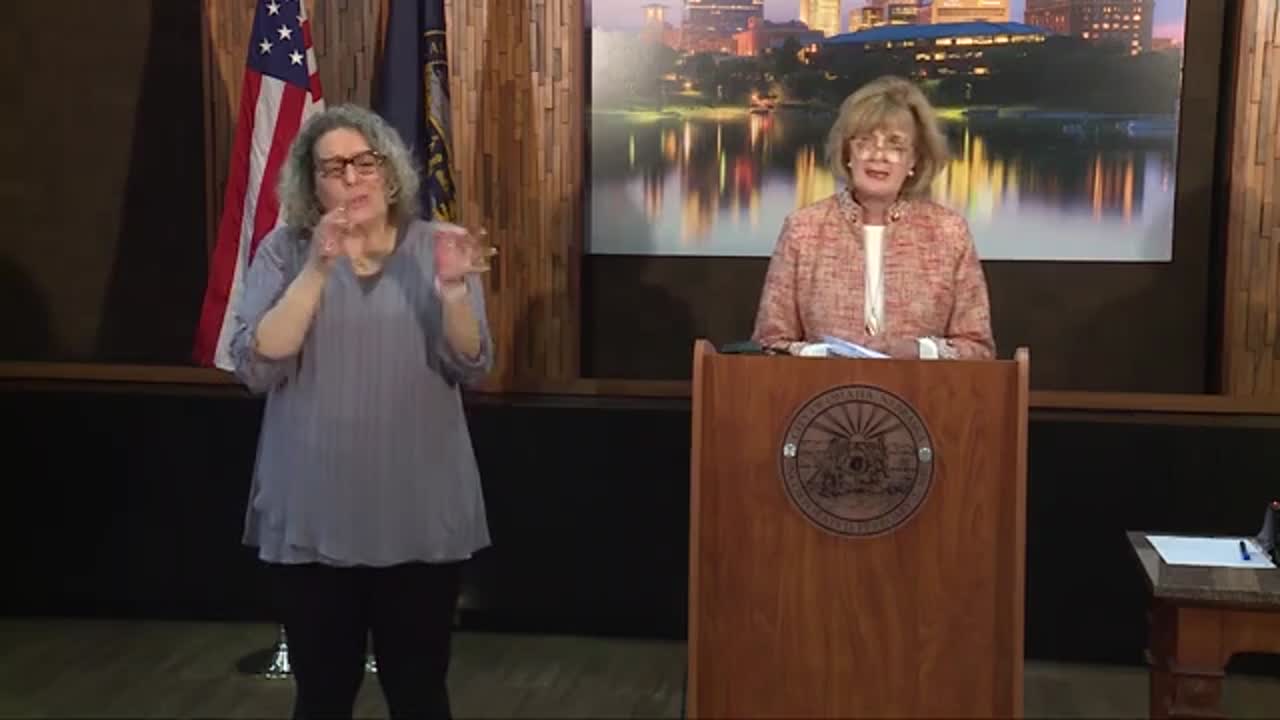 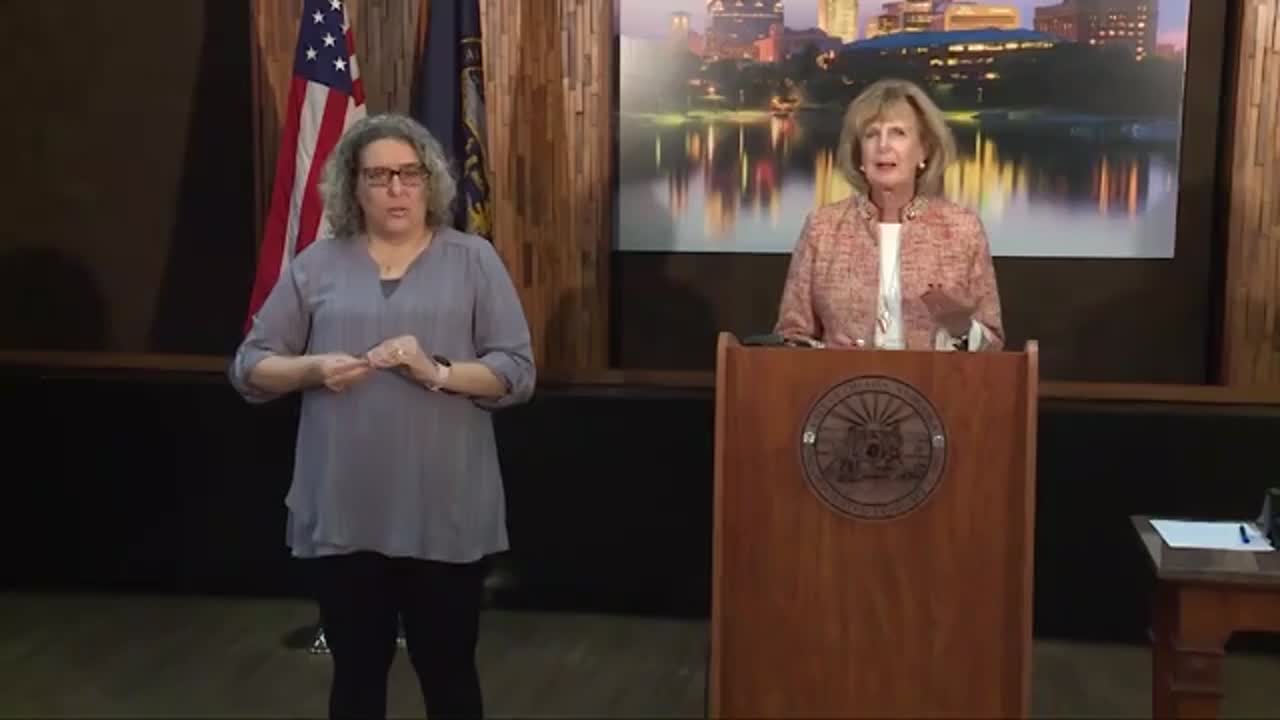 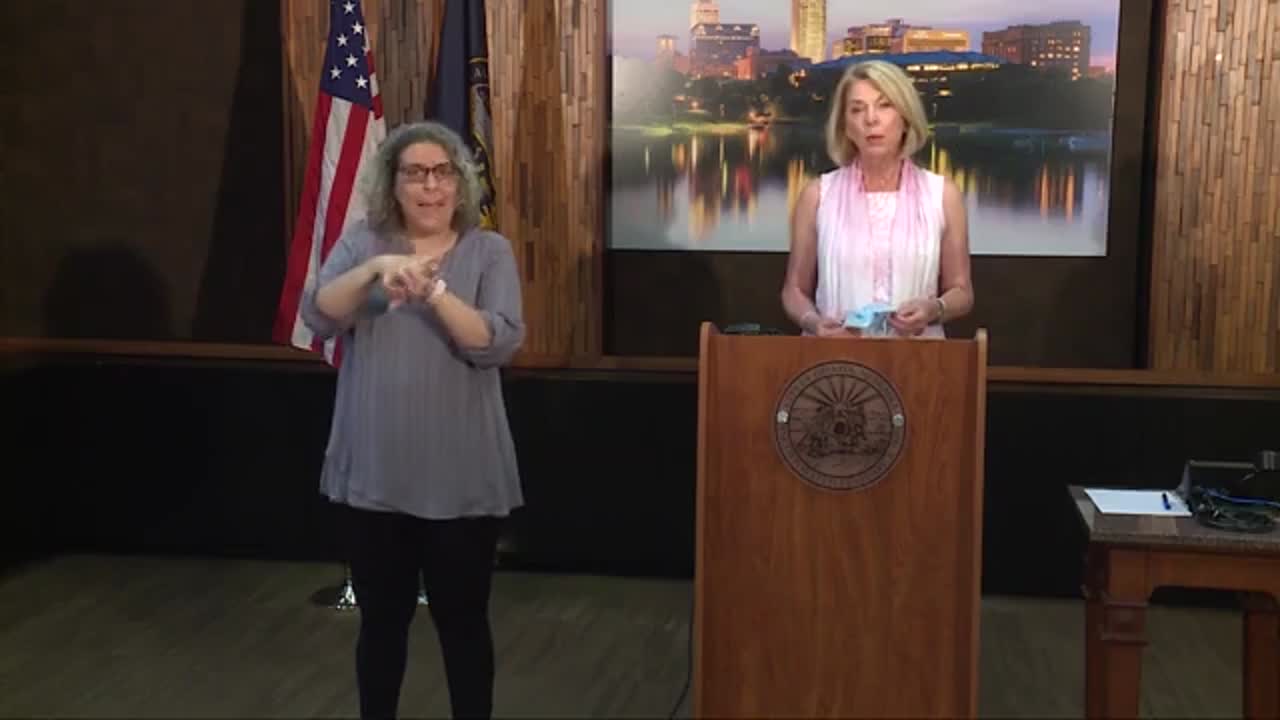 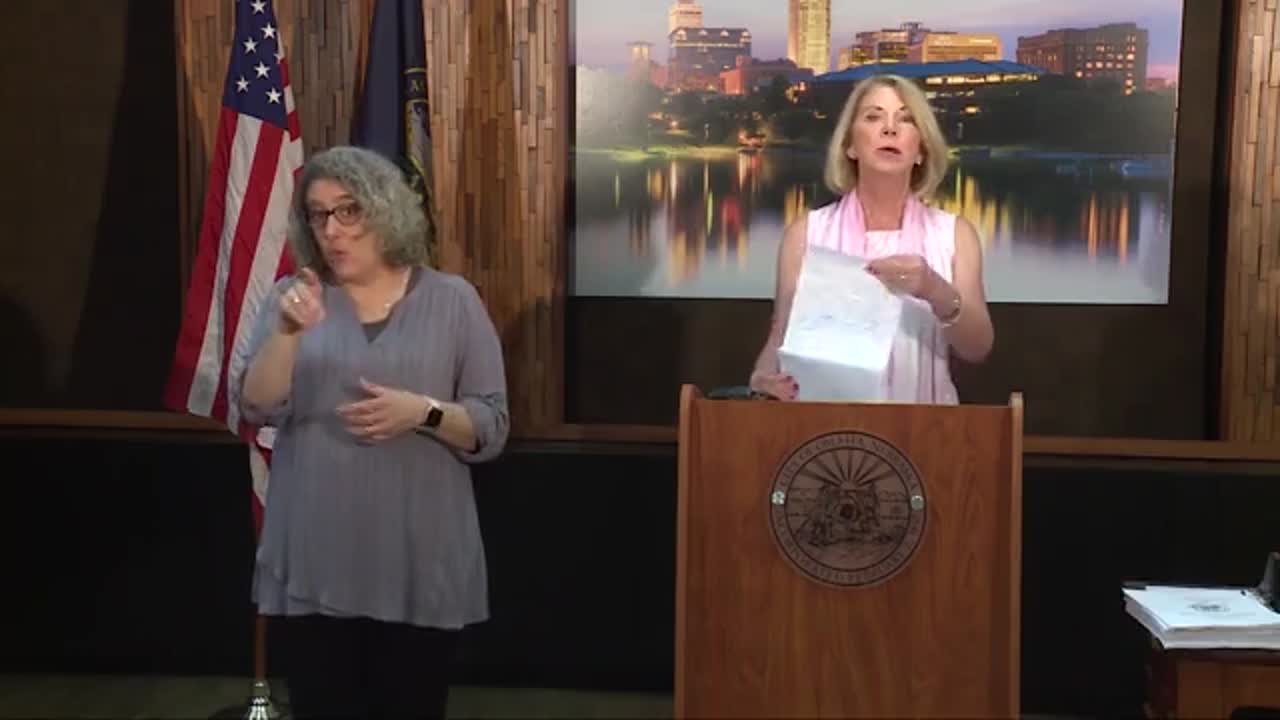 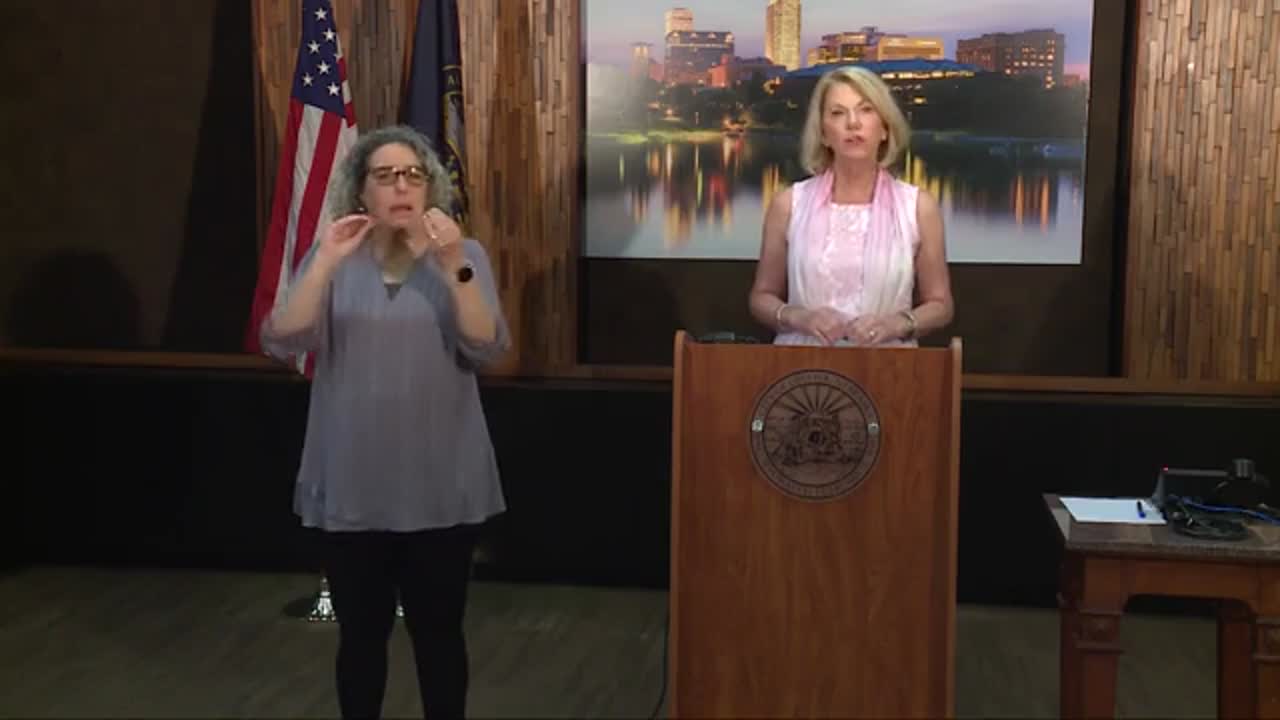 OMAHA, Neb. (WOWT) -- Announcing upcoming reopenings, Omaha Mayor Jean Stothert cautioned that the city's shrinking budget may prevent some services from returning in full — or at all.

Omaha Mayor Jean Stothert give an update on the local COVID-19 response during a weekly news conference Friday afternoon, May 22, 2020. (WOWT)

Mayor Stothert says the city still has not reached a deal with the county nor the state on money from the CARES Act.

"It could affect public safety as we try to navigate this," Stothert said.

City officials restated Friday that Omaha's coronavirus-related expenses total about $71 million — $57 million of that for police and fire. Treasury Department guidance indicates that all police, fire, and public health spending for March to May should be covered by CARES Act funding, the mayor said.

Nevertheless, Stothert said she has asked both the police and fire departments to cut overtime to bolster city coffers in case no relief is available for public safety via the city's CARES Act funding allotments.

The city has also instituted a hiring freeze, a spending freeze, canceled summer camps and mayoral grants, and cut all part-time hours for parks and libraries, the mayor said.

As businesses — including bars — will be allowed to reopen June 1, officials reinforced the restrictions that will be enforced at that time. Bars will be allowed 50% occupancy as long as all patrons are seated a tables; no bar seating will be allowed.

Businesses will be allowed to serve 25 people, or 25% occupancy up to 3,000 people for larger venues.

Mayor Stothert said the local restaurants she has eaten at recently have been doing well with the restrictions in place.

The mayor announced NP Dodge Park, which was closed because of last year's flooding and not due to concerns about COVID-19, will reopen at 3 p.m. Friday.

Meanwhile, Omaha residents will notice many changes as the city begins to reopen parks June 1. For example, Stothert said bathrooms will open at parks but will only be disinfected once a day. Visitors will be encouraged to bring their own disinfectant wipes in order to take proper precautions for their own health.

City officials said they will reopen Omaha's 197 playgrounds which have been closed — with police tape around them — since March.

"A lot are using them anyway," Stothert said. "We want parents to know this: They are not going to be disinfected — play at your own risk. Be careful with your own kid."

Proper COVID-19 preventative measures would require playground equipment to be sprayed down then let stand for 24 hours, Stothert said.

"We are not going to be doing that," she said.

Eleven city splash grounds will reopen June 1, but the mayor said that despite the governor's "all clear" for pools on the same day, no decision has been made yet to reopen Omaha's city pools. Citing budget concerns, Stothert said the reopening of city pools will likely depend on relief money, but even if they can reopen, the 25-people/25% restriction will be enforced.

Omaha libraries and community centers might also remain closed this year in an effort to save money, the mayor said, noting that many in the community are losing out on summer jobs they often rely on for added income this time of year.

"We usually hire 300 lifeguards," she said, but this year, we may not have any.

Omaha Parks Director Brook Bench also noted that rules for golf carts will be updated to will allow patrons to ride together.

Some sports can resume

Following the announcement on state reopenings from Nebraska Gov. Pete Ricketts on Thursday, some sports will be allowed to begin practicing — with a lot of guidelines in place — ahead of games, which will be allowed June 18, Mayor Stothert said. Those include baseball, softball, tennis, swim teams, volleyball, and golf. Football, basketball, soccer, and wrestling are not yet permitted, she said.

The mayor emphasized that soccer would not be back in June, saying she wanted to make sure coaches were aware of that.

More than 21,000 — 3.7% of the population — have been tested in the county, she said. Of those says there has been more spread outside of the 57 clusters, she says that makes her nervous.

Noting the long weekend ahead, Dr. Pour encouraged everyone to practice social distancing and hand-washing.

"My message to all of you is take personal responsibility," she said. "Do those things you know work: distancing, small groups, wear masks. If you do all of these things, we can all enjoy and feel safe — and come back Tuesday and have a safer community."

"Dr. Anthone is talking to each hospital system," she said. The increase in bed usage is likely because of elective surgeries, she said, and doesn't seem to be directly related to COVID-19.

Staffing concerns are also top-of-mind for those in the health field as COVID-19 patients "take a lot of time to work with," she said.

"We are all concerned about it," she said.

"I am concerned we are increasing the transmission rate," she said. "I went to a store, drove by, and saw all these cars and lines — I turned around and went home. That's how people should feel."

Increasing numbers of people going out to dinner and such as restrictions loosen have raised concerns about what the future holds.

"If we're not taking this seriously, we'll see this all summer," Pour said.

City officials also gave an update on the testing done with Omaha Police and Fire, who were able to voluntarily take the nasal test or get antibody tests.

Dr. Robert Chaplin, medical director for the Omaha Fire Department, said 60% of firefighters opted for the nasal test; one tested positive and was quarantined but did not have any symptoms.

He said 90% of the department did antibody tests, and 2% came back with results indicating they had been exposed to the virus. Chaplin said those firefighters will be retested.

"We want to test the entire police department, she said. That would be about 900 officers. "We are working on arranging that. We'll test nasal and for antibody — that is our next step."

The governor's office on Friday released information about planned Test Nebraska sites across the state, including one opening Saturday in Omaha.

Mayor Stothert says on June 1 all playgrounds will reopen but they will not be disinfected.

Mayor Stothert says no soccer for the month of June. She says she wants to make sure soccer coaches know that.