Officials put Iowa county on alert, more flooding could be on its way 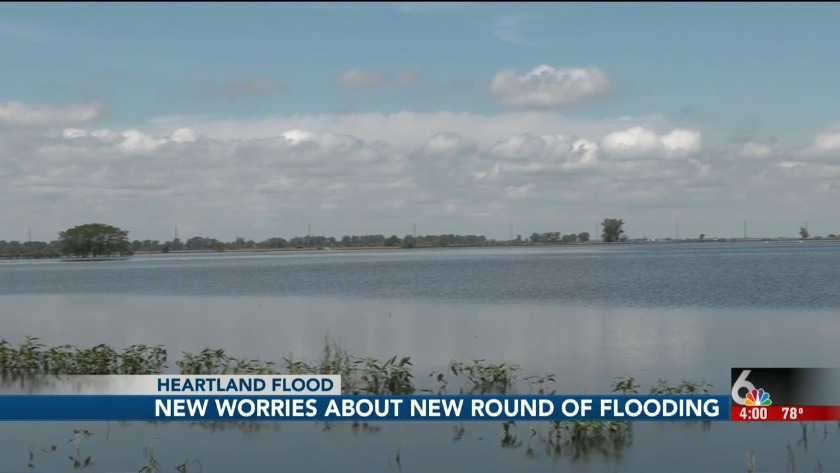 New worries about new round of flooding 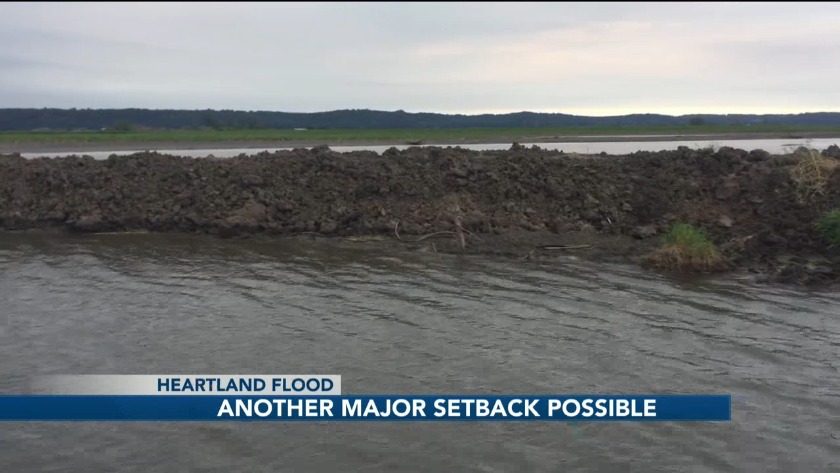 OMAHA, Neb. (WOWT) Warnings Thursday for a county already washed over by floodwaters twice in the past six months. Heavy rainfall to the north is expected to push the Missouri River well into flood stage.

For people living in northwest Pottawattamie, the warning comes as they were just starting to recover from the previous flooding.

Work to repair the county road to his home had only begun recently. Floodwaters stuck around for months on end; preventing any repair work.

West told 6 News his family was looking forward to going home, but the county’s emergency management director, Doug Reed is warning another flood could be on the way.Heavy rainfall to the north is expected to push the Missouri up another three-and-a-half feet, cresting on september 20.

West is worried about the levees holding.

Reed says some fixes have been made to nearby levees and that they're hopeful they'll hold,
but there's no guarantee.

For farmers with land in the area the threat of more water coming into the county is adding to what has already a difficult six months.

"All summer long the highs have been there, but the lows are so low that it weighs on your psyche,” said Don Rief.

Reif owns large swaths of farmland in the area. He said farmers like him are constantly on edge.

"You here of any storm or rain event and we're right back to where we were in March."

Reed said anyone living near a levee or drainage ditch that still has breaches should be prepared to leave their homes if necessary. And all residents should start watching the emergency management website and social media for updates.