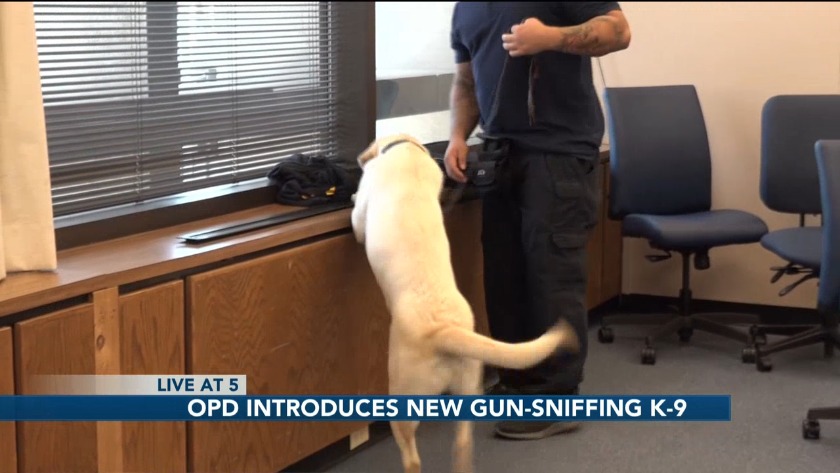 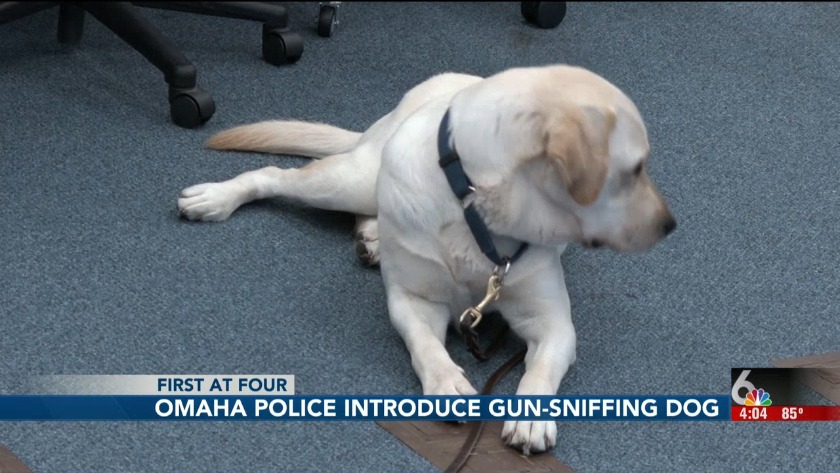 OMAHA. Neb. (WOWT)-- The Omaha Police Department welcomes a new member to the force with a specialized skill set Monday.

Peace is the newest detective canine for OPD, and unlike most of her classmates who excel in bomb detection, Peace is Nebraska’s first gun sniffing dog.

“She can detect approximately 19,000 different explosives, as well as be able to detect firearms that have been used and discarded, and spent shell casings and live ammunition,” said Officer Dan Torres, Peace’s partner.

Peace and her human partner, Torres, spent more than 400 hours in Virginia training at the AFT National K-9 Academy.

“We train every single day. The only way she eats is through training, so there are no days off,” said Torres.

According to Torres, there were 10 dogs in the class and Omaha applied and was selected to receive one.

“Shell casings have an extremely minimal amount of explosives still on them. It’s always a work in progress, it’s something we’re always training for,” said Torres.

Peace can locate all the shell casings that have been used in crimes, and then the police can trace them back to specific guns used, according to Torres.

Officer Torres said that Peace is also equipped to help find guns in places like schools and malls.

Always training, the team has already taken to the streets.

“She’s the only partner that I’ve allowed to kiss me,” said Torres.

Meet Peace. She is our newest K-9 at #OPD. Peace is expertly trained in explosive detection with the ability to detect used firearms. Welcome to OPD! via @OPDKelsey pic.twitter.com/l4oguWQV25

WATCH: Peace is trained to locate explosives, used firearms and casings. Her handler hid them throughout this room for Peace to locate. You will see her sit when she detects something. #OPD via @OPDKelsey pic.twitter.com/0mlpNdlRjF

Her partner is Officer Dan Torres, he says she’s the first partner he let kiss him on the job. Though she’s a little messier than previous comrades, the two make a great team. pic.twitter.com/0xuYIUZ1ic