OPD: Able One helicopter patrol unit expected back in the air next week 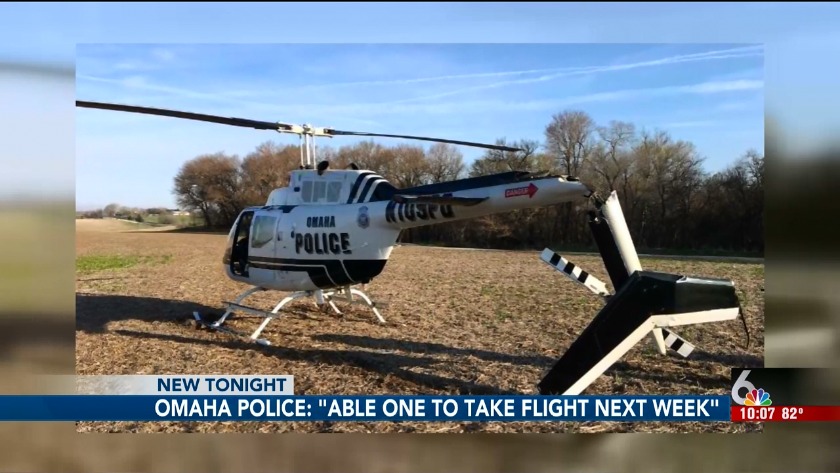 OPD: Able One back on patrol next week 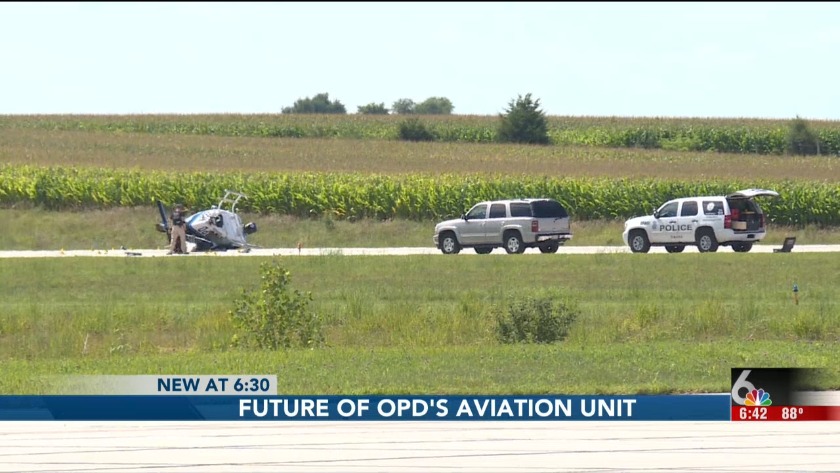 Questions about the future of OPD aviation unit

OMAHA, Neb. (WOWT) -- More than a month after the Omaha Police Department lost their last functioning helicopter in a crash, OPD said the department is working to fully restore their air-support unit.

OPD Deputy Chief Kerry Neumann said in an email response following our 6:30 p.m. broadcast Wednesday night that they are looking into purchasing one or two more helicopters.

Some details are still unknown: how much that will cost taxpayers, and when to expect a full helicopter patrol again.

“The helicopters are of great value to the police department and the safety of our community,” Neumann stated. “They take over pursuits to greatly reduce the dangerous risk involved in high speed chases. Furthermore, the helicopters aid ground officer on searching for missing persons and suspects who fled on foot. The helicopters were called upon to identify areas impacted by the 2019 Spring flood. Occasionally, there have been life-saving measures taken by the pilots if they can land safely when there are no ground options; (plus a) recent river rescue.”

The air-support unit was made up of three helicopters:

Both pilots involved in the crashes were taken to the hospital with minor injuries, and both incidents are still under investigation.

OPD said their helicopters all have insurance, and that some of the money to replace them will come from the two pending insurance claims. Other funding avenues are also being explored, OPD said.

Able One is generally viewed as a safer option than a ground chase when officers have to pursue a suspect.

“Primarily, (the lack of helicopters) has hampered our ability to apprehend suspects who flee from our ground troops,” Neumann said. “That will be coming to an end early next week when Able One resumes patrol flights.”

From April to June, OPD’s air-support unit has helped in only nine pursuits compared to its assistance in 46 pursuits during the same time period last year. It is unknown whether that is a direct result of Able One’s hard landing on April 16, but the air-support unit has not been able to assist with any pursuits for nearly five weeks now.