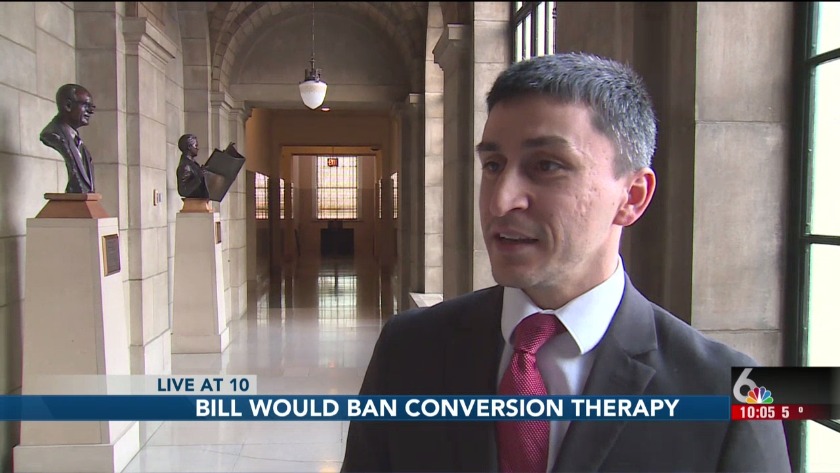 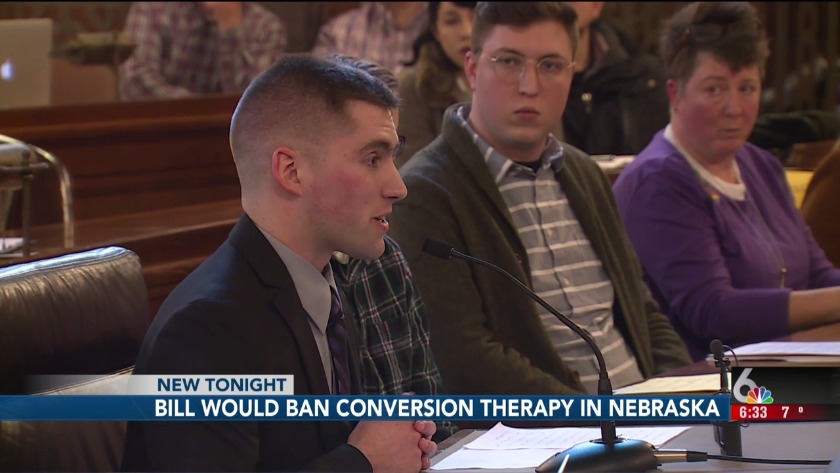 LINCOLN, Neb. (WOWT) -- Nebraska lawmakers and others in the chamber at the state capitol Thursday heard emotional testimony about personal rights — the focus of multiple bills before lawmakers this session.

The room was literally packed to the rafters, with a couple hundred people — many wearing purple to show their support of the LBGTQ community — attending a hearing over a number of bills focusing on gender protections.

All afternoon, dozens of Nebraskans went before the committee to speak on issues of sexual orientation and gender identification.

The first bill on the agenda focused on employment protections; LB627 would make it illegal to discriminate based on sexual orientation and gender identity.

“I’m still breathing, but it's not right how some people were treating me at work. I had to educate them,” said Eli Rigatuso, who spoke in support of the bill.

After nearly two hours of testimony in support of the bill, the opposition had their say and argued the bill would infringe on their rights and beliefs.

Some call the practice psychological abuse, trying to change someone’s sexual orientation with interventions with a method that over the years has even included shock-therapy.

Many faith-based groups worry the bill would prevent them from counseling young people based on religion.

“I’m not asking anyone to be transgender,” he said. “That would be ridiculous. I wouldn’t wish that on anyone.”

But the issue of banning conversion therapy garnered the most support…

“It’s an absurd point of view, in my mind,” said Joseph Couch of Lincoln.

…and the most opposition.

“There are techniques out there that are wrong and have been condemned universally,” said Tom Venzor, executive director of the Nebraska Catholic Conference. “But this bill goes beyond those techniques and it goes against the intimate to get the help they believe they need."

Couch said he decided to come out publicly last week. It gave him the confidence to talk about it Thursday.

“Good people believe they are doing good things getting them help,” he said. “When their son is gay, they think ‘he’s going to hell.’ And that’s not true.”

The author of the bill, State Sen. Megan Hunt, explained tonight that this bill would still allow counselors to preach what they believe; they just couldn’t charge for it.