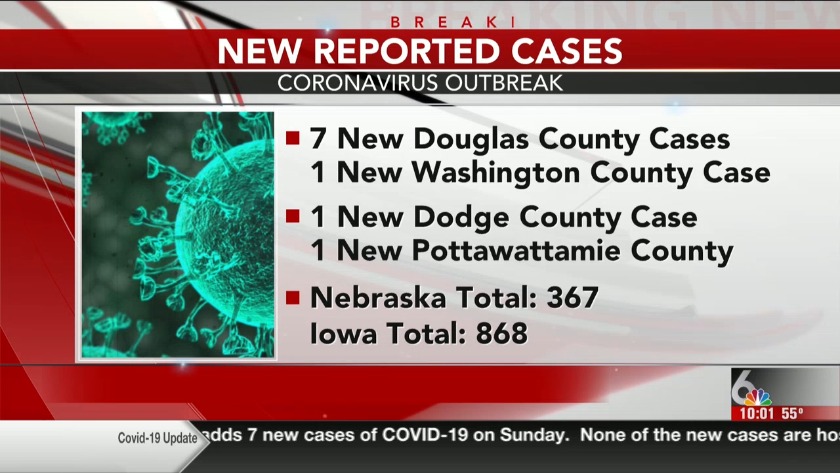 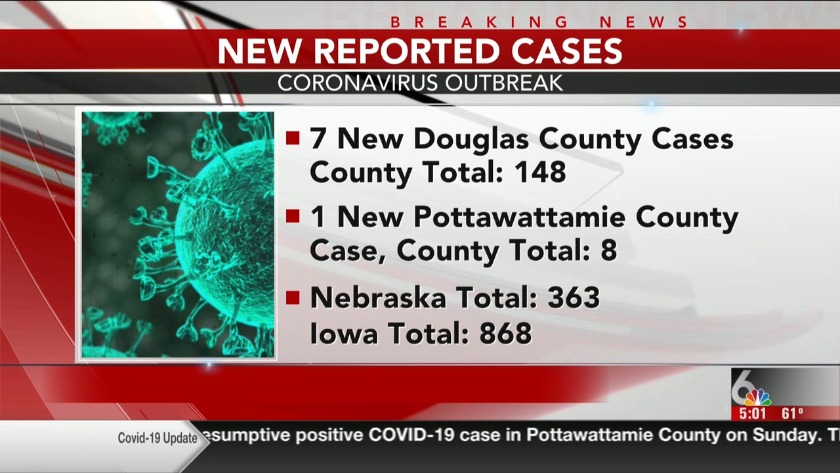 (WOWT) -- Several counties throughout the state have confirmed their first cases of COVID-19 Sunday including Custer, Johnson, Logan, Phelps, and Seward.

All 93 counties in Nebraska are now covered by the State Directed Health Measure until May 11.

The DHHS Epidemiology and YRTC-Kearney staff along with Two Rivers Health Department and the National Guard began testing all YRTC-K staff and residents after a teammate tested positive. A second teammate was identified as a result.

CEO Dannette Smith said, “We are taking decisive action to coordinate testing to ensure the safety and well-being of our residents and staff. As outlined in our pandemic plan, staff did everything right, those who were symptomatic did not come in to work and immediately reported symptoms to a supervisor, temperature checks of residents and staff began in March and physical visitations were replaced with virtual visits. These steps were key in us immediately identifying potential exposures and mitigating spread. Today, 162 staff were tested with the help of about 25 National Guardsmen. The testing process was very efficient and we appreciate the rapid response from the Guard and Two Rivers.”

According to the release, three of the cases had contact with a previously confirmed case, three are community spread, and the rest are under investigation.

A new case was reported in Colfax County, and another in neighboring Platte County, according to the ECDHD release.

ECDHD is now monitoring a total of seven cases.

"Four of the seven cases are linked to a common source," the release states. The remaining three are unrelated.