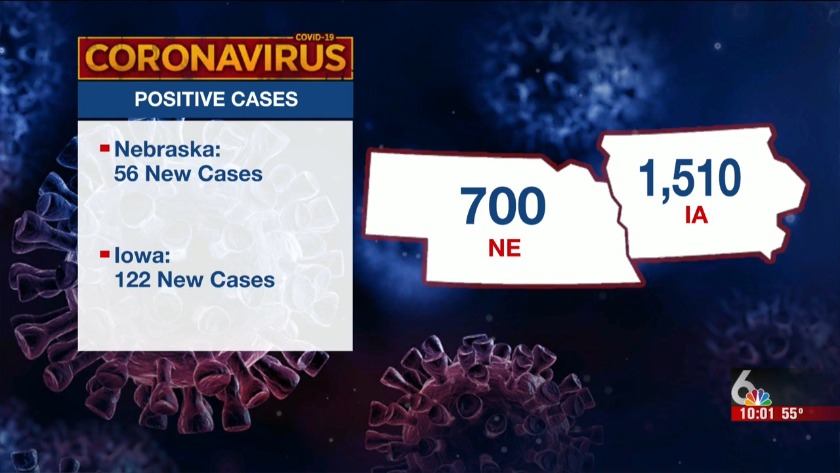 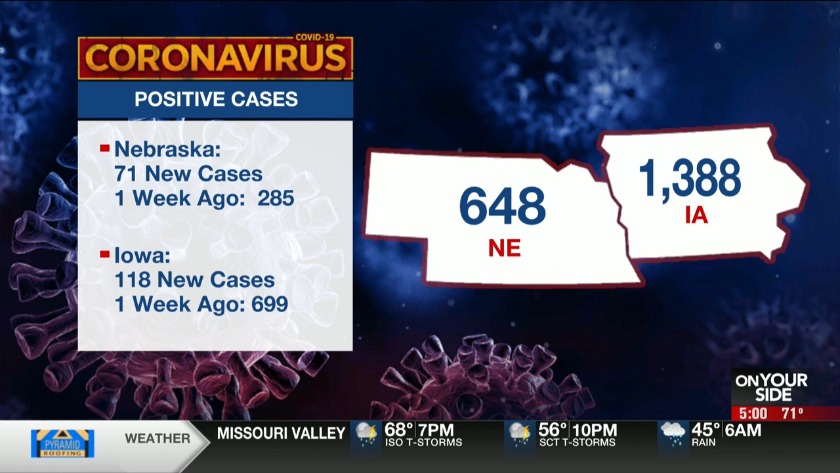 (WOWT) -- The Three Rivers Health Department has identified an additional case of COVID-19 in Dodge County.

The new case is a man in his 20s and is hospitalized, according to the release.

The Douglas County Health Department announced Saturday 13 new cases of COVID-19 were confirmed in the county.

The cases involved six men and seven women. Their ages range between 18 and 76 years old.

None of the new cases are hospitalized. Two of the cases were community-acquired. Eight had contact with known cases and three remain under investigation.

One new case of COVID-19 was confirmed Saturday by the Lincoln-Lancaster County Health Department, bringing the community's total to 50.

The new case is community-acquired. It is the 32nd such case in the area, the LLCHD said in a statement.

There are now 669 confirmed cases of COVID-19 in Nebraska and 17 deaths.