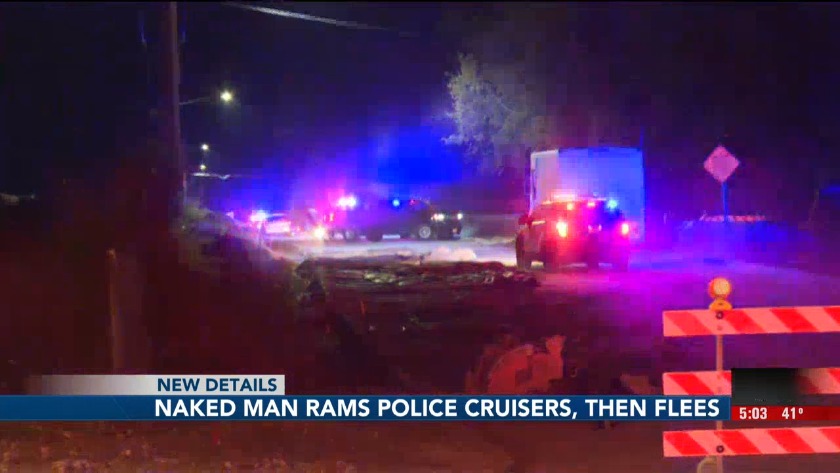 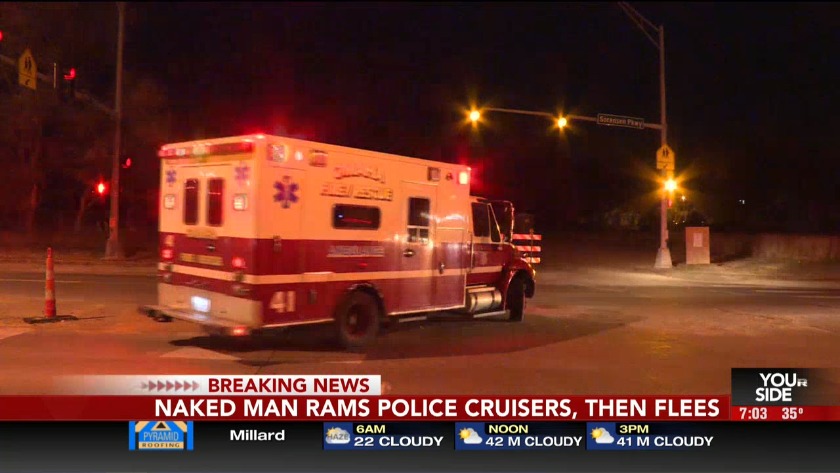 OMAHA, Neb. (WOWT) -- Omaha Police arrested a naked man who led them on a raucous chase Saturday night during which several police cruisers were rammed before the suspect was stopped and subdued with a TASER. He's identified as Blel Htoo, 19.

Omaha Police arrested a naked man in a stolen car as a pursuit ended at 49th and Sorensen Parkway.

The incident began around 8:15 p.m. with a report of a stolen 2004 Infiniti. Officers found it but the driver hit the gas and got away.

Around 9:30 p.m. police got a call about a man who appeared to be on drugs and was stripped down to his underwear. He was reportedly in a car that matched the description of the stolen vehicle.

Police found the car at Military and Crown Point. A naked suspect was at the wheel and he rammed three cruisers with the stolen vehicle as officers tried to pull him over.

The chase ended at 49th and Sorensen Parkway where the suspect bailed and ran.

Officers caught up with him, subdued him with a TASER and he was taken to the hospital.

Htoo faces a long list of charges including several counts of Attempted Assault of an Officer with a Motor Vehicle; Theft; Flight to Avoid Arrest; Resisting Arrest; Reckless Driving and Criminal Mischief.