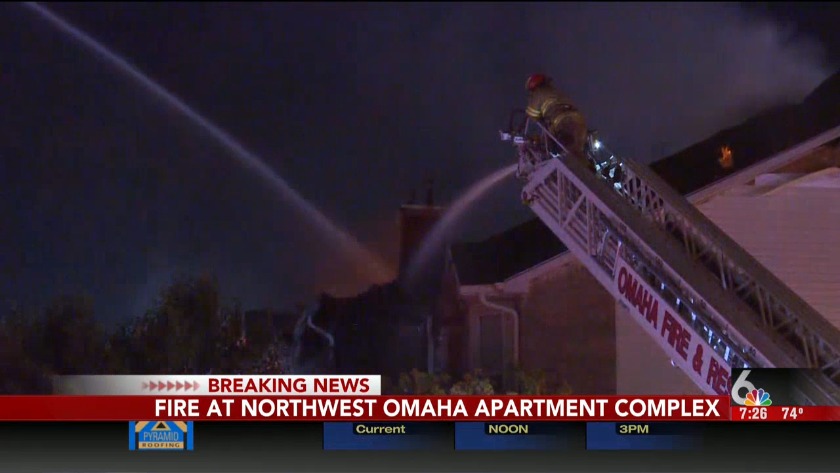 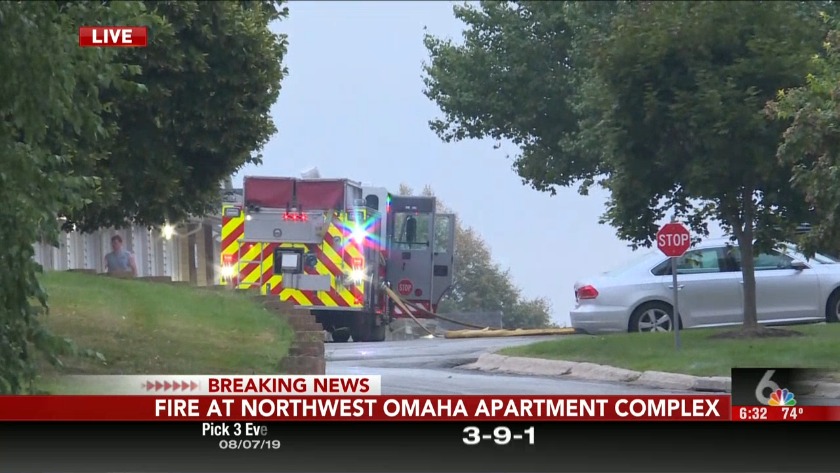 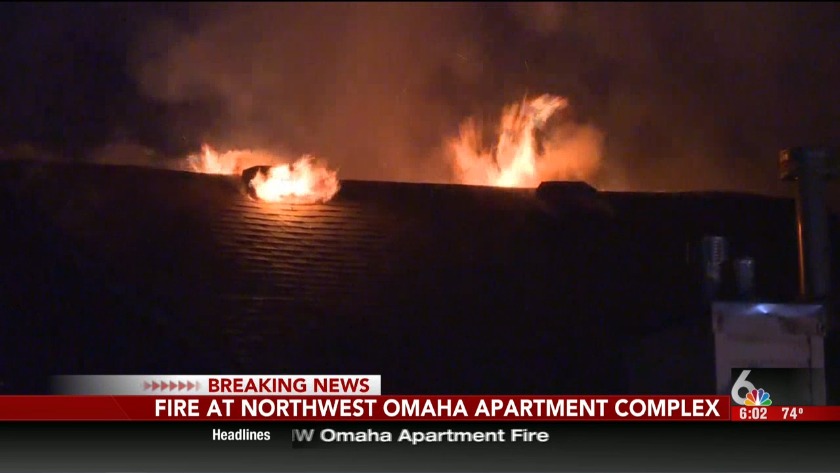 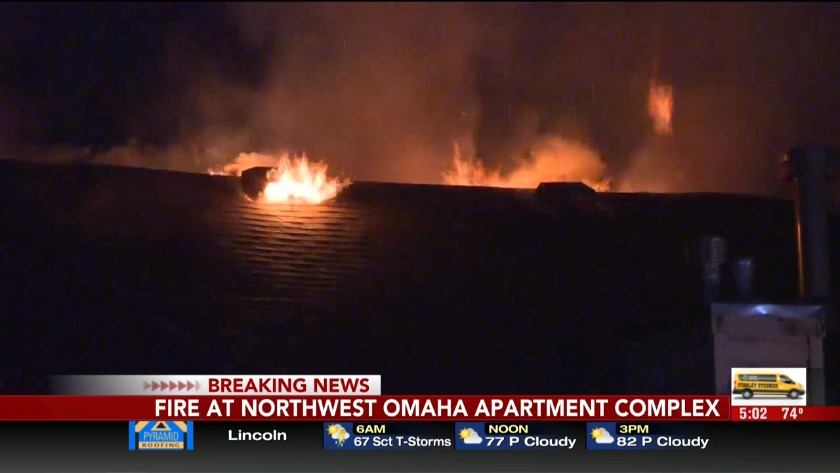 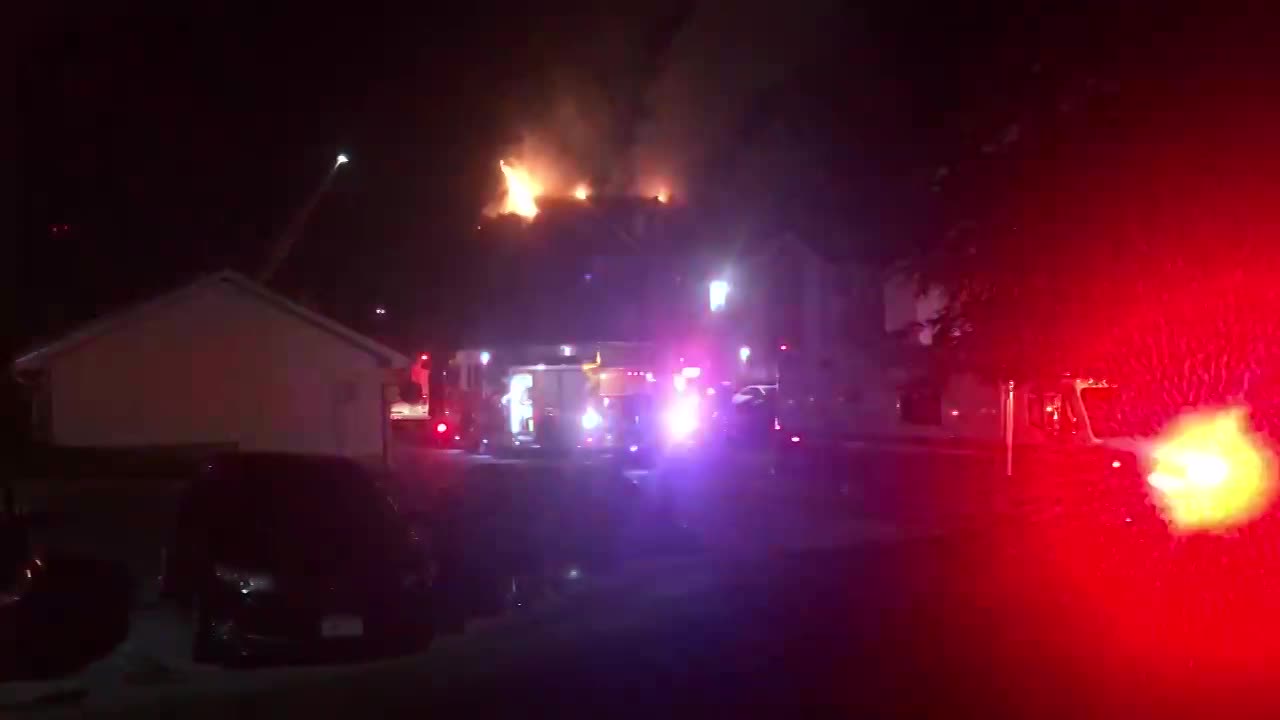 OMAHA, Neb. (WOWT) -- Authorities say a two-alarm fire that did at least $750,000 damage to a northwest Omaha apartment building early Thursday morning was caused by improperly discarded smoking materials on a balcony. There were no injuries but 12 families were displaced.

The fire was reported around 2:30 a.m. at the Benz Apartment complex near 142nd Avenue and West Maple Road.

OFD crews arrived to smoke and flames coming out of the roof and quickly called the second alarm.

At one point a third floor apartment crashed down to the bottom floor. Firefighters were able to contain the blaze to the northeast part of the building.

The Red Cross was called to the scene to help those displaced by the blaze.

The preliminary damage estimate applied only to the structural damage to the building. No immediate estimate was available on property loss inside.

Speaking with fire officials now. They say they saw flames leaving the fire station. They say about 12 units are displaced. So about a quarter of the building.

OFD is working on an apartment fire near 142 Ave and Maple. Red Cross just arrived on scene. pic.twitter.com/DJQ1yffTOp