N.P. Dodge Park still trapped under the overflow from the river 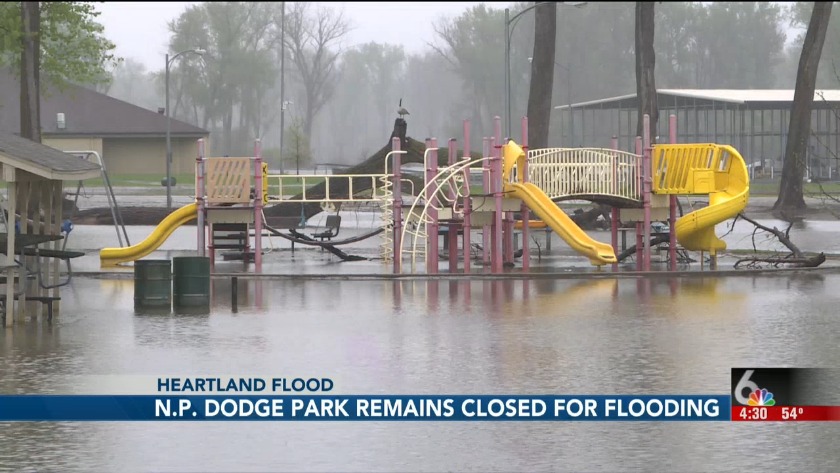 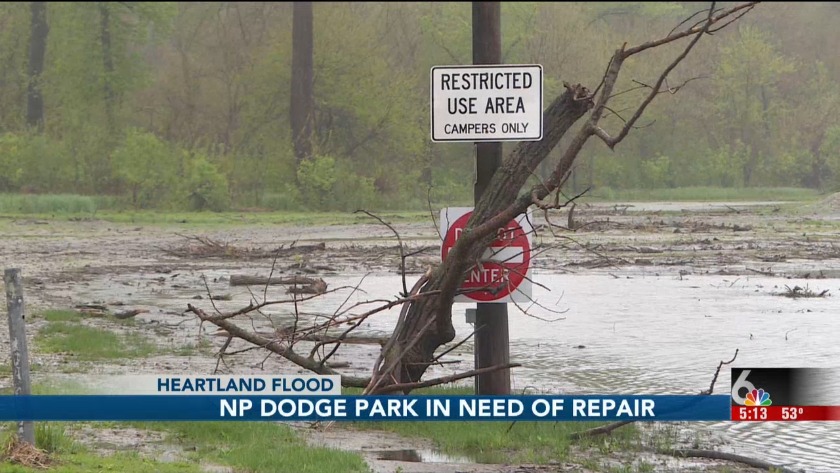 Getting N.P. Dodge Park back in action

OMAHA, Neb. (WOWT) -- One of Omaha’s most popular parks is closed again. N.P. Dodge Park is underwater and that will affect outdoor activities like softball, soccer and boating.

While most of Omaha has remained dry through this year’s flooding, that’s not true for the park. The river is taking over and a good portion of the park is underwater or has been damaged by high water.

Omaha Parks Director Brook Bench said, “The river really hasn’t gone down this whole spring so with the rain that we’ve had there’s been a little spike and the river’s gone back up quite a bit.”

City officials say it isn’t as bad as it was a couple of months ago but there’s still a lot of water and work crews haven’t even started on the cleanup.

“We really haven’t started to do anything this year. I mean the water’s been high. It hasn’t gone down.”

This isn’t the first time this park has been swamped by the river but officials believe there is a future for N.P. Dodge Park. “We sure hope so but it’s been very difficult the last couple of years. We have a very popular marina. We really want to try to get that back open.”

The camping area here will never reopen. The city closed it a year ago. “We’re worried about safety concerns with all the tree saturation we’ve had a lot of trees come down. So, it’s a big park. We’re going to try to get everything open but we’re going to make sure it’s safe.”

Right now city officials have no timetable on when the park will be cleaned up. That all depends on what the river decides to do.

Diana Bender is a business owner in nearby Ponca Hills. She said she enjoys spending time in the park. “We’ve done fishing. We’ve taken the kids down, let them play in the park, taken the boat down the river.”

Diana would like to see the park reopen but she says N.P. Dodge is a good park in a bad place.

“I think the park’s just going to have to move or they have to raise it up a little bit higher or just let the river take its natural course back into the path it was.”

Officials say they are working with FEMA to help pay for the repairs to the park.