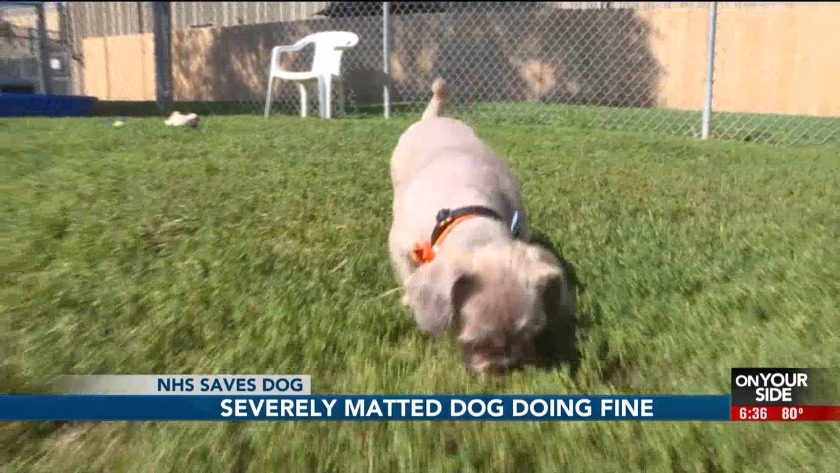 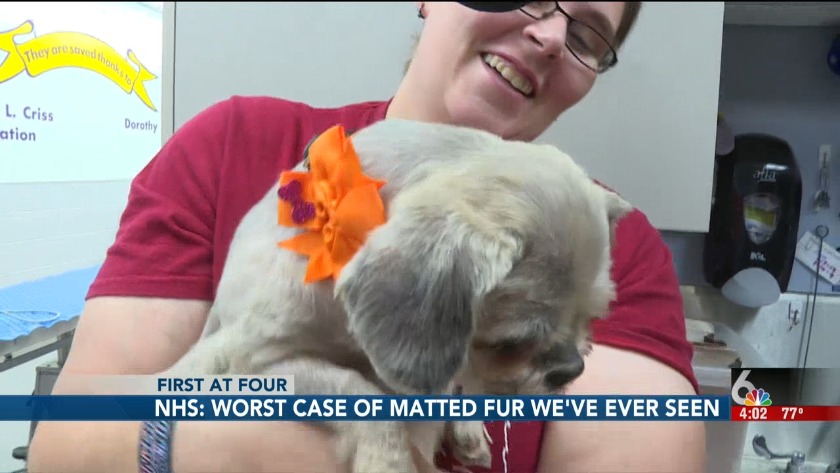 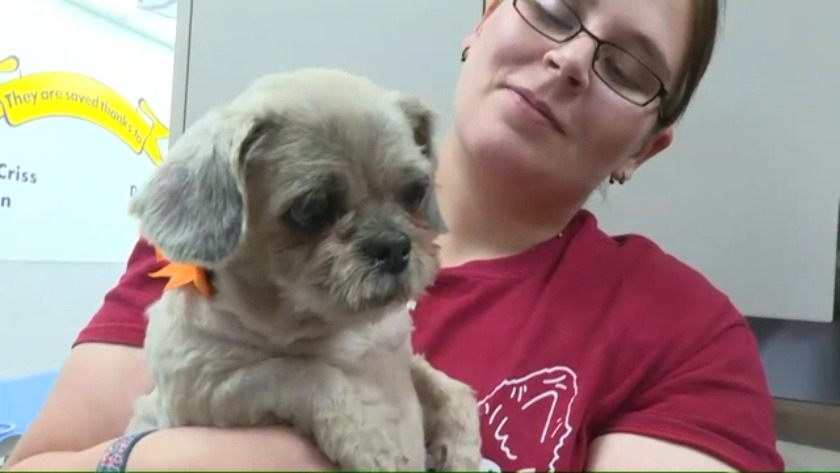 OMAHA, Neb. (WOWT) -- The Nebraska Humane Society has been working on a revolution of sorts, getting a shamefully neglected dog back on the trail to a new life.

It took more thank a K-9 makeover to pull this one off. NHS officials say their charge arrived a couple of weeks ago with "the worst case of matting, we've EVER seen."

That was just for starters. They weren't at all sure what they'd find underneath the mass that covered her.

It took a serious shave, some good cleaning and even a little surgery to find where man's best friend had been hidden under there but the Humane Society is showing off, "results that are really remarkable," this afternoon.

The before, the after and the grooming maestro who made the transition possible.

Ellie Mae arrived at the Nebraska Humane Society in a storage tote because she couldn't walk. She couldn't move. She was found in the home of her owner, who had died, by those sent to clean up the house.

Ellie was anesthetized and a breathing tube was placed so she could be kept sedated and a team went to work with clippers and scissors. They cut through mats to remove years of hair.

After an hour, the team had removed 9 pounds of matted weight from Ellie Mae's 11 pound body. One foot was infected. She would need hernia surgery, dental work, and antibiotics to ward off further infection.

Five hours later she was up and ready to go outside. She stumbled a bit as she likely hadn't walked in quite some time.

That was two weeks ago. Now she loves to explore and greets everyone with a happy demeanor.