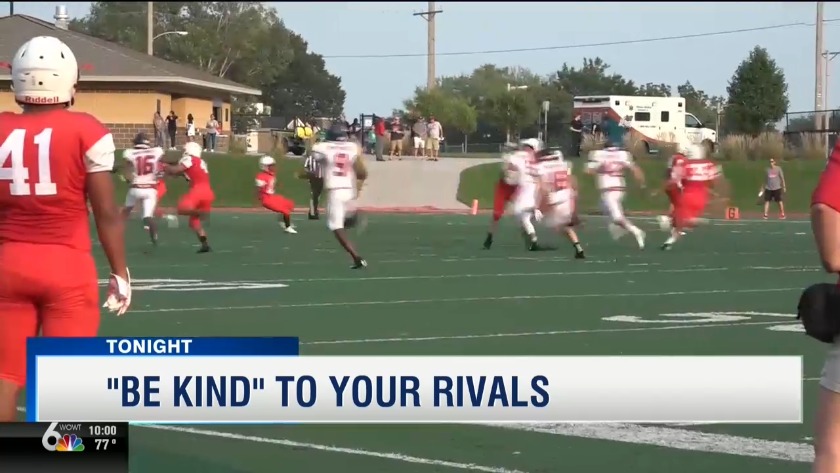 "Be Kind" to your rivals 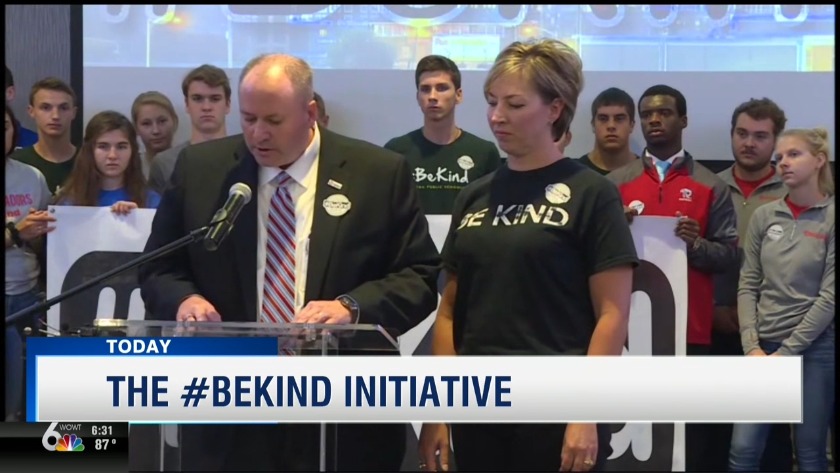 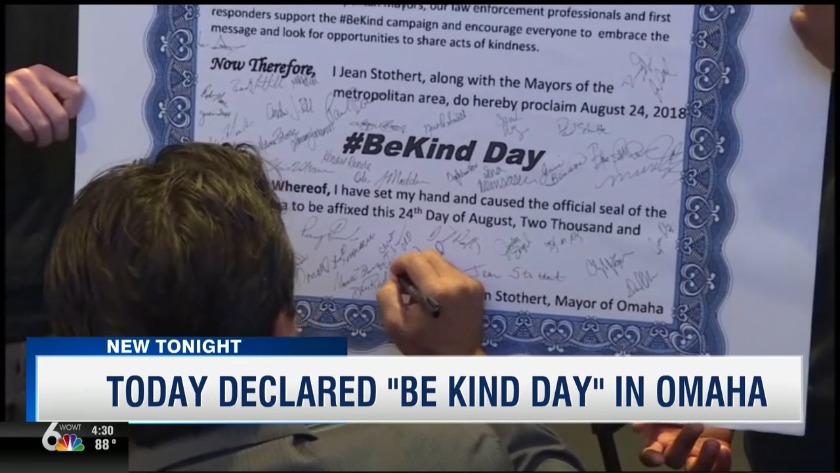 OMAHA, Neb. (WOWT) - Community leaders, businesses and schools want to make a difference in the Omaha area through the Be Kind Initiative.

Millard North High School celebrated the day with a pep rally and tailgate that encouraged students to spread kindness and make personal connections.

Organizers want students to extend the be kind lesson outside of the classrooms, and students are taking it seriously.

"We had a football game and we thought, 'What a great idea to get these kids together who may not normally interact to see that we're really more alike than we are different and get to know each other. Spread some kindness," Omaha South counselor Samantha Ludacka said.

The two schools cheered on anyone wearing a helmet.

"It's truly a metro and statewide effort and we are really proud to be a part of it," he said.

As part of the initiative, students heard from Hunter Radenslaben. He learned to be kind from his mother, who passed away a few years ago.

"I found a sticky note that was stuck in my mom's drawer in her handwriting that was written saying, 'Help people,'" he explained, which he added he is now doing.

Others are turning their tragedies into lessons as well.

The Be Kind campaign began with Mark and Joni Adler. Their son, Reid, took his own life in 2016 after a girl bullied him online by posting an inappropriate picture shared with her.

The Adlers took that pain and made it into a lesson to share.

"As we speak to students, we really want to stress that point more than anything else. We tell them all the time what not to do, but it's time to tell them what to do," Joni Adler said.

The students are listening.

"So much going on in the world. It's kind of, you have no idea what someone's background is and what's going on at home. Always be kind so they don't have a worse day," Millard North student Jeff Luzem said.

Mark Adler is the superintendent of Ralston Schools. To him, something stood out Friday: kindness isn't net. He said the input and investment is small, but the dividends pay forever.

Help us Stuff the Bus on June 4

6 Nights of Lights: Show us your holiday displays!

Join us at the Omaha Holiday Market

Help us Stuff the Bus on June 4

6 Nights of Lights: Show us your holiday displays!

Join us at the Omaha Holiday Market