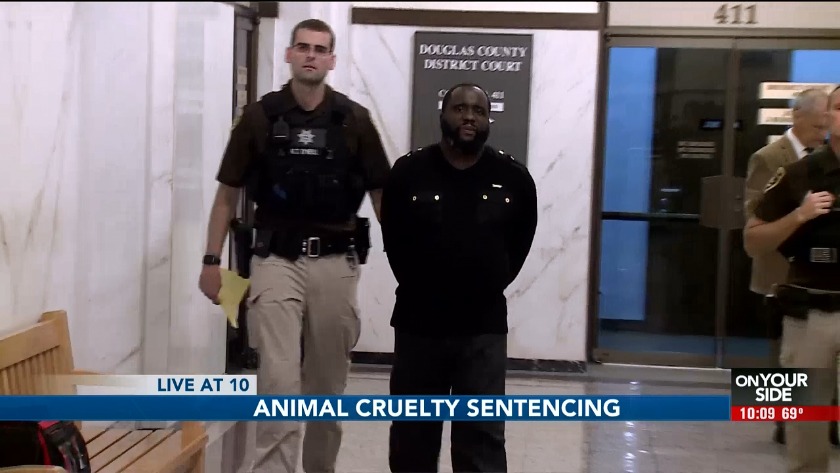 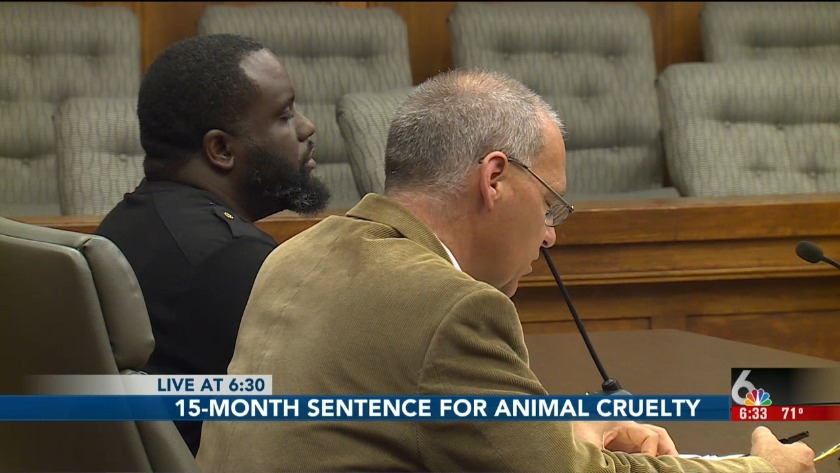 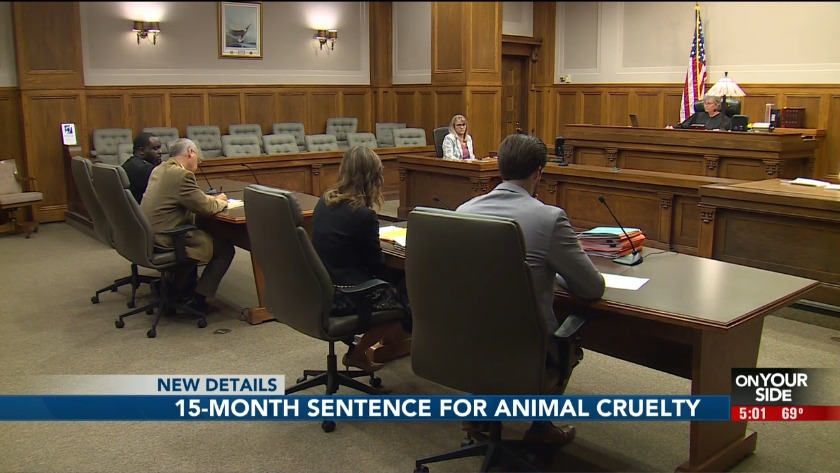 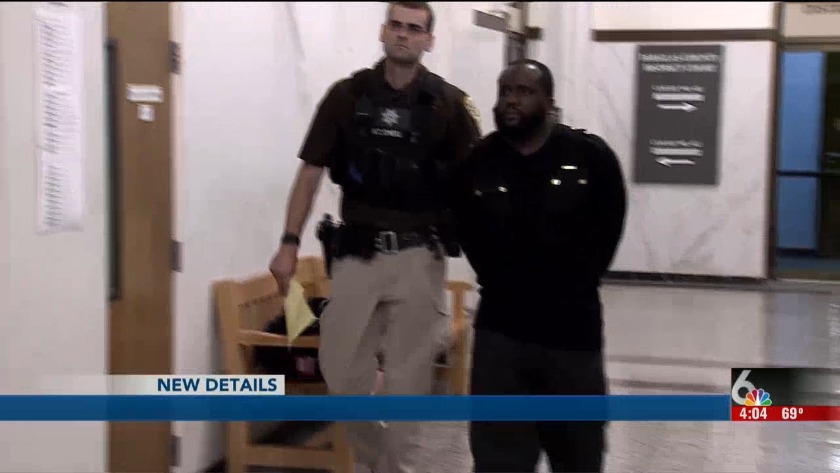 OMAHA, Neb. (WOWT) -- Facing up to two years in jail, Shane Palmer, 44, was sentenced Wednesday in Douglas County District Court instead to 15 months for animal cruelty.

With credit for time-served, Palmer who is also banned from owning another dog for 15 years, will likely be out in six months.

Palmer was arrested in February after two of his dogs were found dead the month before.

Discarded down a ravine near his home, the pit bulls died of starvation and hypothermia, according to Mark Langan of the Nebraska Humane Society, who testified Wednesday at the sentencing hearing.

"These dogs were not fed or given proper shelter. When people choose to own a dog, they accept responsibility to take care of them. Starvation is a painful death," Langan said.

Retelsdorf echoed those sentiments when handing down the sentence.

"To allow an animal to starve to death is cruel... and there's a level of cruelty behind this," she said.

Retelsdorf said she saw "no remorse" in Palmer.

The dog carcasses were found on a dead-end road at 14th and Evans, near Palmer's home, where people illegally dump all sorts of things. Firefighters called to the scene found the two dead pit bulls dead in the ravine.

"People are outraged at crimes like this. They really are," Langan said.

The microchips in the dogs pointed investigators to Palmer, who didn't address the court Wednesday or offer any sort of explanation for what happened to his dogs.

"We have hundreds of people every year who bring back their pets because they can't afford them or no longer want them," Langan said. "That's why we are there. So instead of starving them or throwing them down an embankment, call us, and we will find an appropriate home for the dogs."

"To allow an animal to starve to death is cruel," said Judge Retelsdorf.

Just in: Judge sentences Shane Palmer to 15-months in jail for animal cruelty. His 2 pit bulls were found dumped down a ravine in January.@WOWT6News pic.twitter.com/pNQG8UAM0g