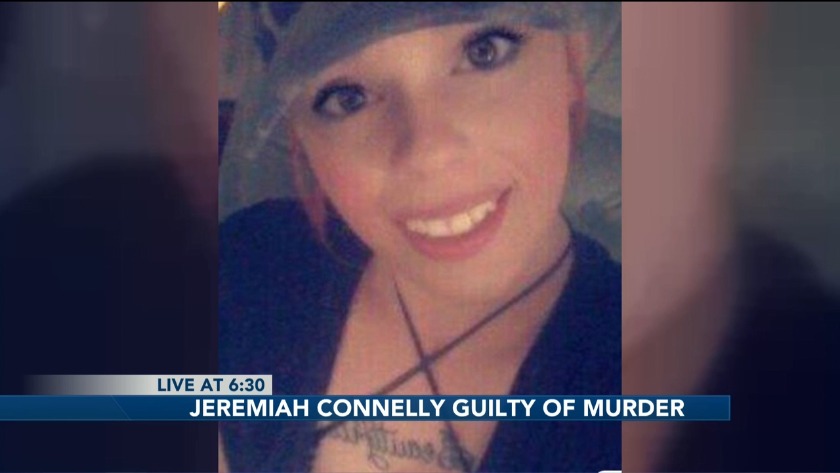 OMAHA,Neb. (WOWT) -- Jeremiah Connelly was convicted Tuesday of the first-degree murder of Jeanna Wilcoxen a year ago.

Douglas County Attorney Don Klein said the jury deliberated for about an hour before delivering the verdict around 12:45 p.m. Tuesday in Douglas County Court.

Connelly was arrested after running from a traffic stop in September 2018. Under questioning about the stolen car he was driving, police say he made reference to a woman's death and the investigation led the discovery of Wilcoxen's body on the side of a road near Fremont.

During the investigation, detectives said 22-year-old Wilcoxen canceled a planned meeting with Connelly, which upset him enough that he tracked her down, laid in wait for her, then bound and abducted her in a van. Prosecutors say he sexually assaulted her and eventually choked her to death. The autopsy shows she died of asphyxiation.

Connelly was also found guilty of tampering with physical evidence, a Class 4 Felony.
—
This is a developing story. Stay with 6 News for updates.