Man arrested after shooting Sunday near 156th and Q 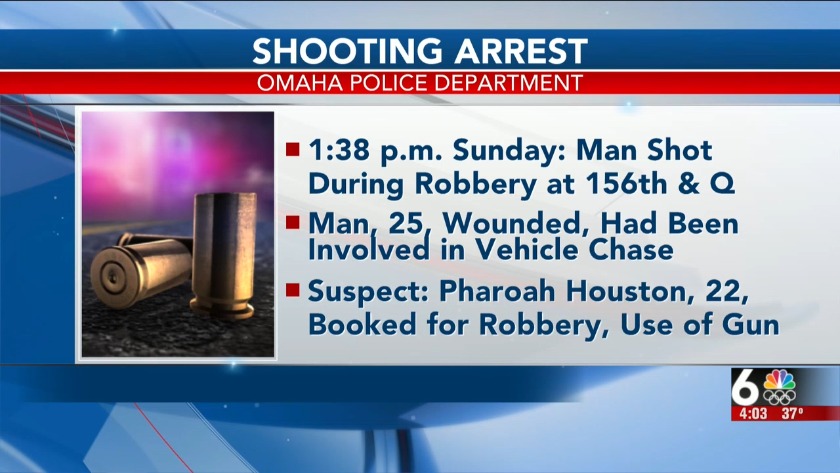 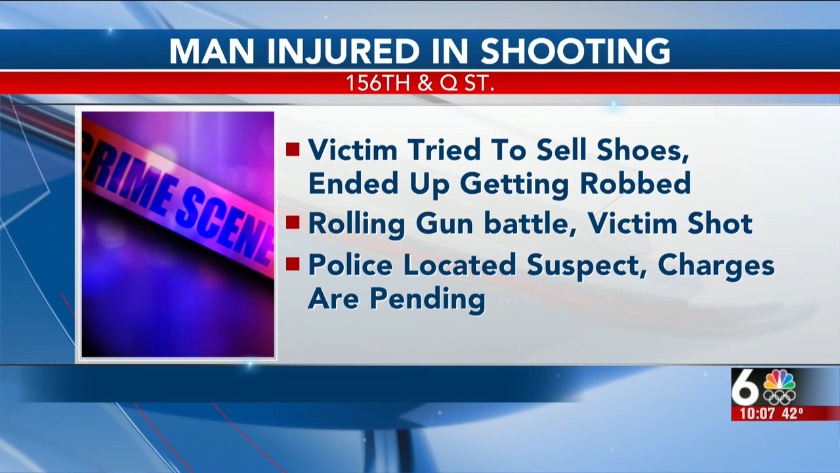 OMAHA, Neb. (WOWT) -- Omaha Police have arrested a 22-year-old man in connection to a shooting near 156th and Stonybrook on Sunday afternoon that left person injured, authorities reported.

Pharoah Houston was booked at Douglas County Corrections for robbery and use of a gun to commit a felony. He is being held on $75,000 bond.

Officers said the alleged victim was shot during a robbery near 156th and Q Street at about 1:38 p.m. Police found the person was injured by gunfire and they were taken to CHI Health Creighton University Medical Center - Bergan Mercy for a non-life threatening injury.

Authorities reported the person had arranged to meet Houston to sell shoes. Houston displayed a handgun and attempted to rob them, officers said.

"The suspect and victim engaged in a vehicle chase with a gunshot fired during the incident," that injured the person, police said. Houston was apprehended near 144th and Hillsdale.