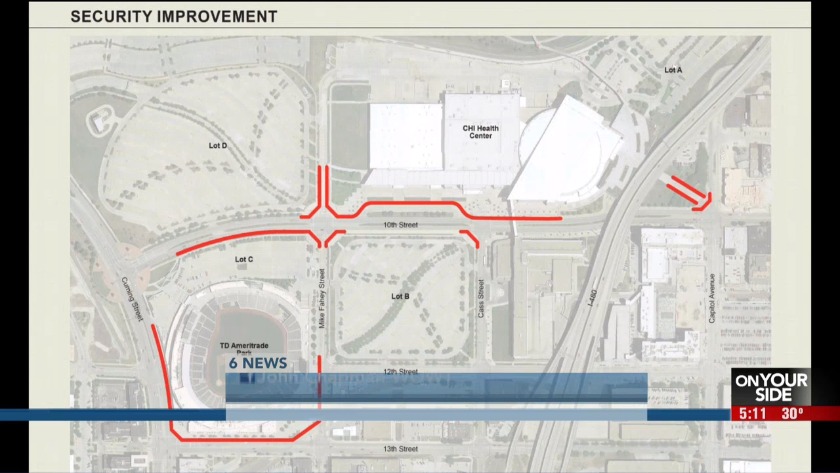 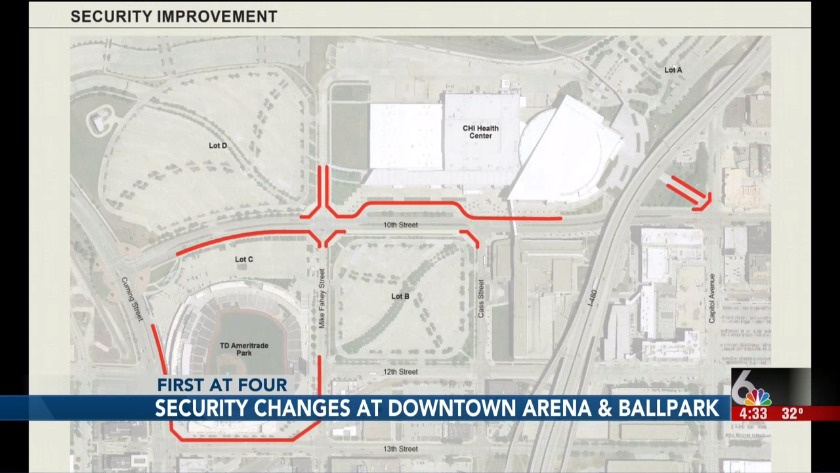 OMAHA, Neb. (WOWT) -- As Omaha attracts hundreds of thousands of people to CHI Health Center and TD Ameritrade Park, MECA is moving forward with plans to ensure everyone who comes to town feels safe at every event.

Close to 1 million people made their way to CHI Health Center during the 2018-2019 fiscal year, big-name concerts, major sporting events, and conventions.

Now, MECA has decided to start working on a more permanent solution. The plan is to set up permanent barriers around CHI Health Center and TD Ameritrade Park.

“It’s just getting to the point where we need to something more on a permanent basis so that we protect people coming to our events,” said Roger Dixon, President of MECA.

Amy Defrancesco is from St. Louis in town for the American Bus Association convention. Amy thinks permeant safety barriers around the convention center is a good idea.

“I go to a lot of conventions I travel several times a year I always want to feel that I’m protected and the way things are in our crazy society today you never know where or when it might happen,” said Defrancesco.

MECA officials say the permanent barriers will be great for safety but they won’t take away from the looks of the facilities in the area.

“The design process is still very much in the works but they’ll probably be a bollard design, and that’s just like a post that is permanently placed in the ground and would be placed strategically around the MECA campus in conjunction where Homeland Security told us would be the best safety practices to,” said Kristyna Engdahl, with MECA.

MECA officials say the new permanent security barriers will be constructed in phases. They hope to have the first phase of the project completed in time for the annual Berkshire Hathaway stockholders meeting in early May.