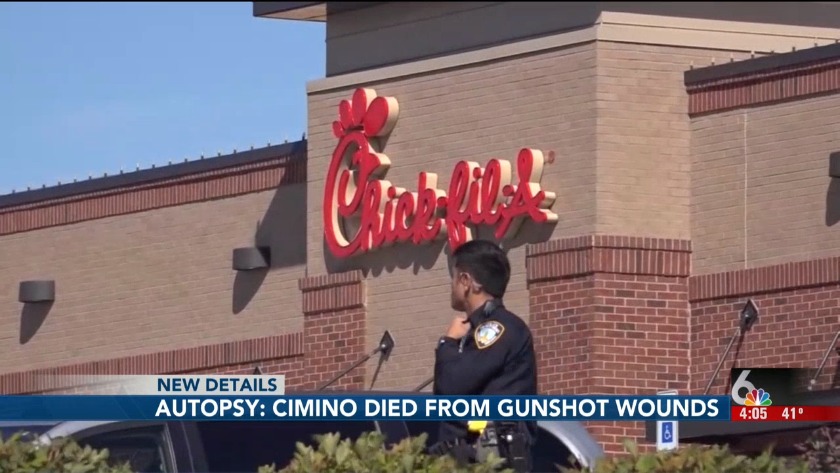 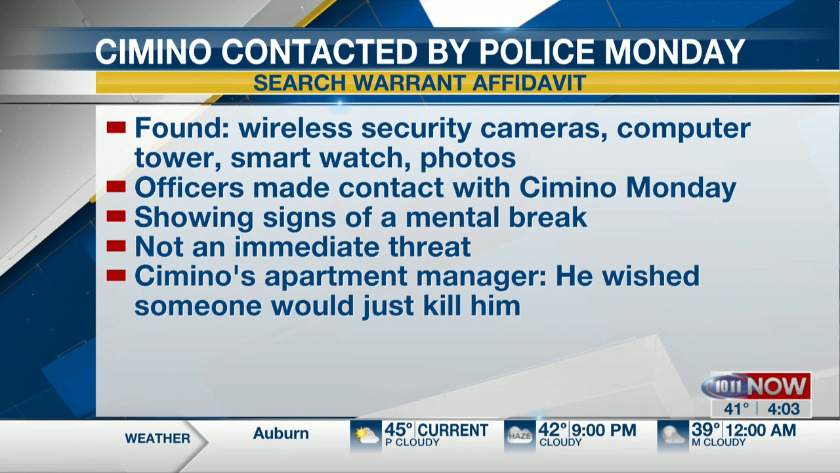 LINCOLN, Neb. (KOLN) -- The autopsy is complete on the man who died after causing a disturbance at a Lincoln Chick-fil-A on Tuesday.

A disgruntled Chick-fil-A customer rammed his vehicle into the store and was later shot and killed. (Source: KOLN)

The autopsy revealed 48-year-old Joseph Cimino's cause of death as three bullet wounds to the chest. Police are still awaiting results of the toxicology report.

Cimino was shot and killed by a Burlington Northern Special Agent after he crashed through the restaurant at SouthPointe Pavllions.

Cimino also had a stun gun and was making threatening remarks.

According to police, Cimino caused a scene inside the Chick-fil-A, was escorted outside, then crashed his 2018 Ram Pickup into the side of the building. He then got out, began yelling, and was eventually shot and killed by the special agent.

The warrant detailed a search of his apartment near 27th Street and Yankee Hill Road on Tuesday. In the search, investigators found two wireless security cameras, one computer tower, one smartwatch, and photographs.

According to the affidavit, police contacted Cimino the day before the incident after he was seen throwing rocks at a retaining wall. Police said in the court records he exhibited signs of a mental break and told officers he was "getting ready for the game."

LPD determined he was not an immediate threat to himself or others, according to the affidavit.

The apartment manager at Cimino's complex told police that Cimino told her the day before the shooting that he wished someone would just kill him, and that he was awaiting his "final mission" but had "not gotten his orders yet."