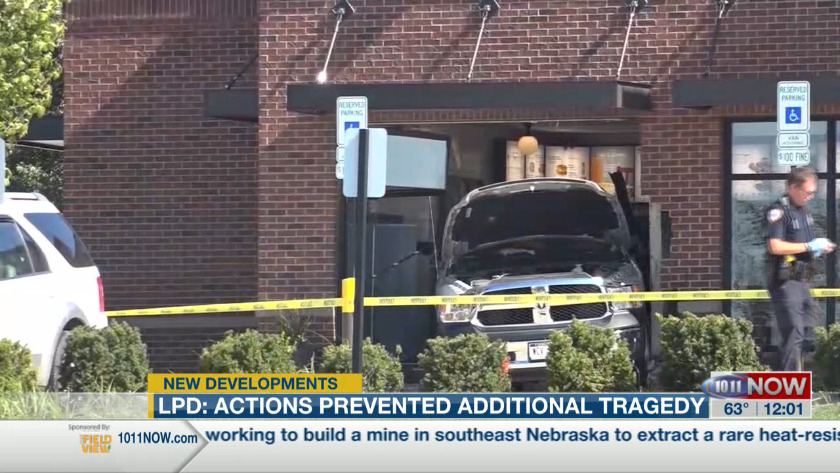 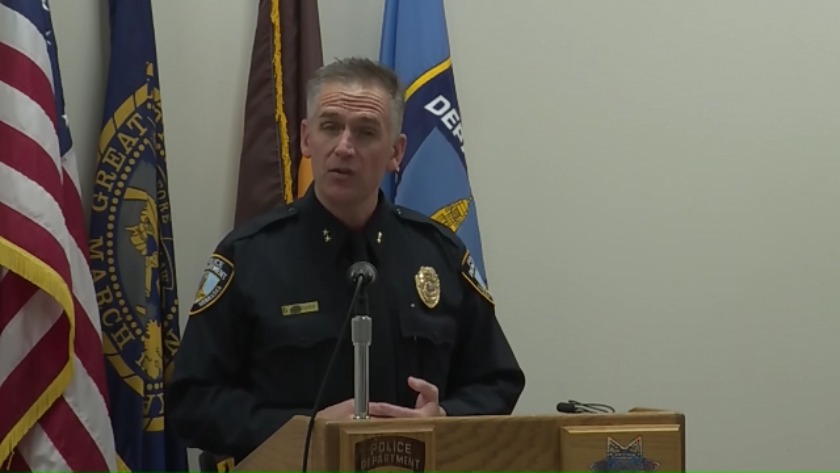 LINCOLN, Neb. (KOLN) - Lincoln Police on Wednesday identified the man who was shot and killed by a uniformed Burlington Northern Santa Fe Special Agent after crashing his car into a Chick-fil-A on Tuesday.

This image was pulled from a video taken moments after Lincoln Police say a Lincoln man drove his truck into a South Lincoln Chick-fil-A on Tuesday, Oct. 8, 2019. (Image courtesy of Madison Pitsch)

Cimino, a disgruntled customer, caused a disturbance inside the restaurant and was escorted out, according to Lincoln Police Chief Jeff Bliemeister.

Cimino then climbed into his truck and drove backwards through the west side of the restaurant.

Police said Cimino got out of his vehicle and continued to cause a disturbance and began punching a lemonade stand.

He made threatening statements to the Burlington Northern Special Agent who was in a marked vehicle in the drive-thru when the incident took place.

Bliemeister said the agent, Christopher Hall, saw employees jumping out of the drive-thru window in a panic, leading him to get out of his car and investigate.

He then realized Cimino was in possession of a stun gun, police said.

Police said Hall tried to create space between himself and Cimino, but Cimino kept moving toward him with the stun gun and making threats.

When Lincoln Police arrived, Hall was performing CPR. According to a BNSF spokesman, Hall is an 8-year veteran of the force.

Hall is scheduled to be interviewed by Lincoln Police on Wednesday.

Bliemeister said there no evidence to show the stun gun was ever used.

Police said the investigation is ongoing and there is no threat to the public. On Tuesday night, authorities served a search warrant at Cimino’s home where they seized digital evidence.

Bliemeister said so far in the investigation there is nothing to show Cimino's actions were premeditated.

The owner of Chick-fil-A has said that the restaurant will be closed until further notice.