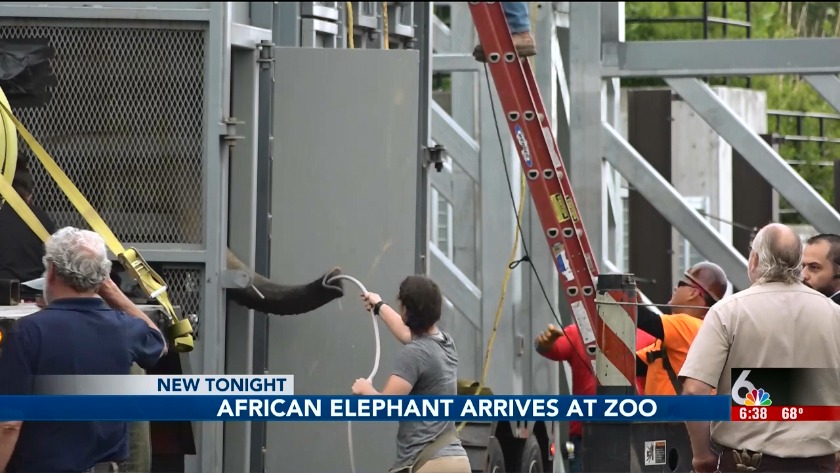 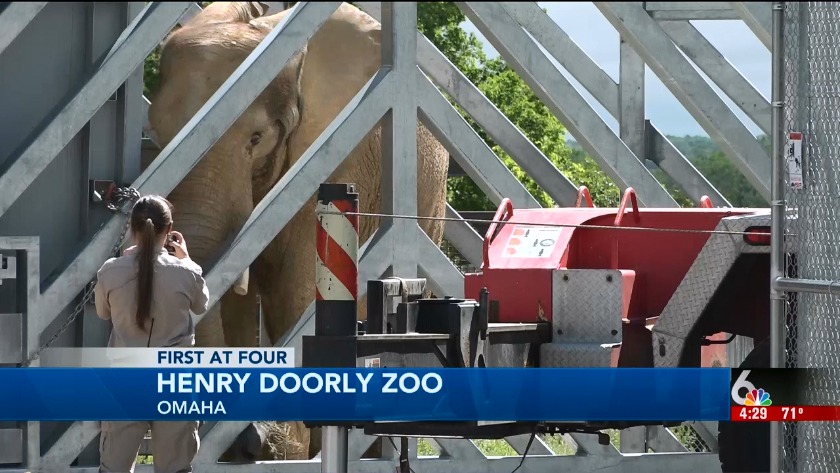 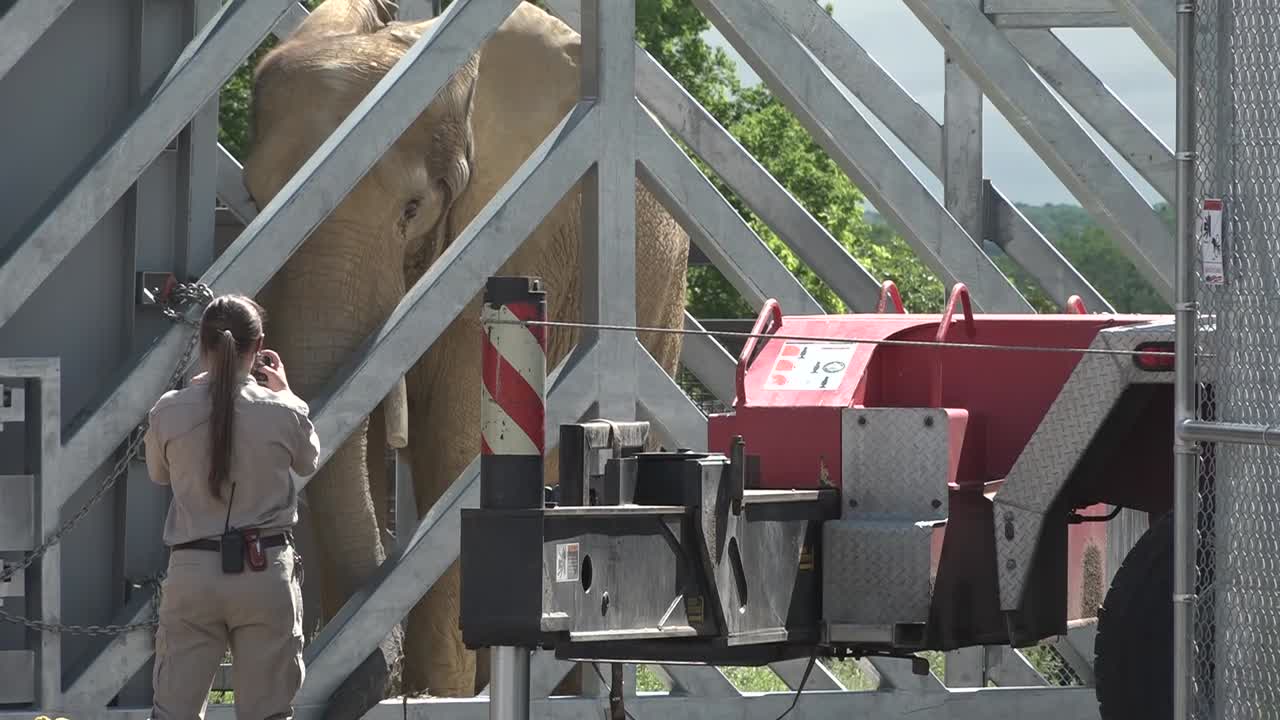 Callee the elephant arrives in Omaha

OMAHA, Neb. (WOWT) -- Omaha’s Henry Doorly Zoo & Aquarium welcomed a new elephant from Alabama on Wednesday morning, but not before his commute was delayed by flooding along Interstate 29.

Callee is on his way from the Birmingham Zoo in Alambama to the Omaha Henry Doorly Zoo & Aquarium to join the herd in the Scott African Grasslands exhibit. He is expected to arrive Wednesday, May 29, 2019. (Scott Kayser / Birmingham Zoo)

The journey to Omaha was long — made longer by flood detours.
Storms, flooding, road closures, and even fog made for one restless elephant by the time he arrived — about three hours overdue.

When he finally arrived, it looked more like a construction zone.

“It was a long haul for him — 20 hours — and a long haul for our staff,” said Henry Doorly Elephant Manager Sarah Armstrong, who was there for every second of what could have been a 14-hour drive from Alabama.

But those first, tired steps made the trek worthwhile.

Though winding and behind schedule, Callee’s journey to the Midwest is an important one — not only to the Omaha-metro area, but to the whole country, zoo officials said.

Callee, an 18-year-old bull African elephant, is being set up on the ultimate blind date.

“We hope that they like him and he has all the tools,” zoo Director Dennis Pate said.

Zoo officials hope those tools, after a few years, lead to a new generation of African elephants.

There are only a handful of African bull elephants that have successfully reproduced in America. Callee isn't one of them — yet — but elephant manager Sarah Armstrong feels hopeful this guy is up to the task.

“It is very exciting,” Pate said. “He is a beautiful and hadsome young bull.”

And while baby elephants are a great perk for zoo-goers, Callee serves a larger purpose.

“It's to help increase the sustainability of elephants in North America,” Armstrong said. “Elephants are an endangered species. They're threatened, so if we can be reproducing here, we can help sustain populations in zoos.”

Armstrong said having multiple generations in a herd helps mimic what a typical herd looks like in Africa.

But it could be a while before that vision comes to life.

“We’ll have babies when we get them,” she said. “But yeah, minimum 22 months… probably more like three years. … If everyone thinks wonderful, fertile thoughts for us, maybe we'll get lucky.”

New animals are typically quarantined for 30 days before they are turned out for public viewing, but zoo staff say Callee has had great check-ups, so they are hoping to have him out in view as soon as possible.

Omaha zoo staff hopes he joins the ranks in becoming one of a handful of reproductive African bulls in North America.

“We all look forward to that,” Armstrong said. “I mean, I fell in love with him the moment I met him.”

Can you guess who is arriving at the Zoo today? @WOWT6News �� pic.twitter.com/VBGXcwKtOy