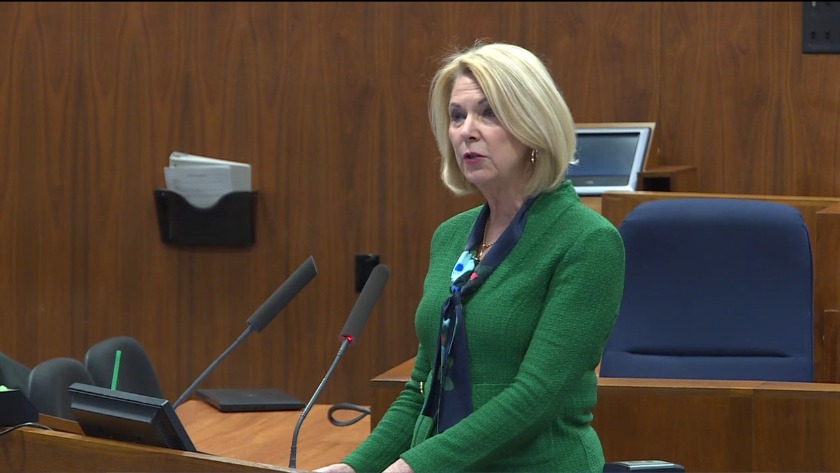 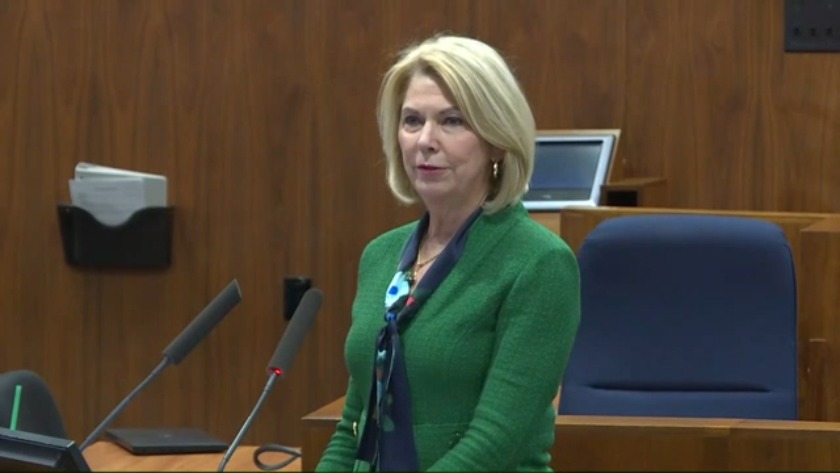 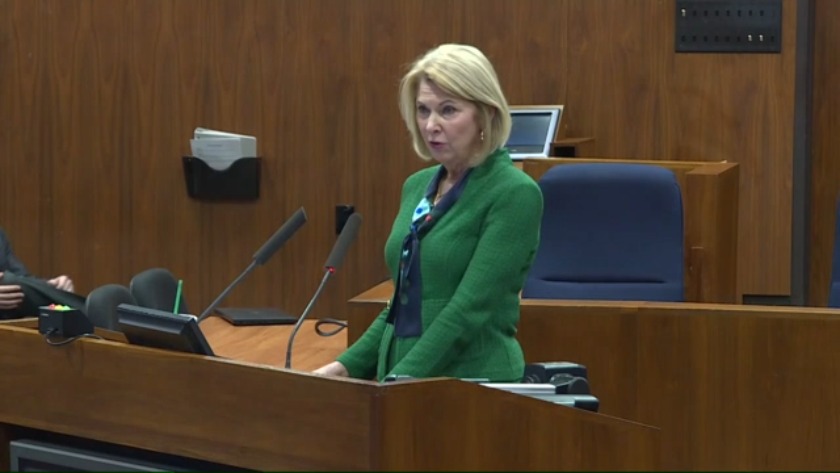 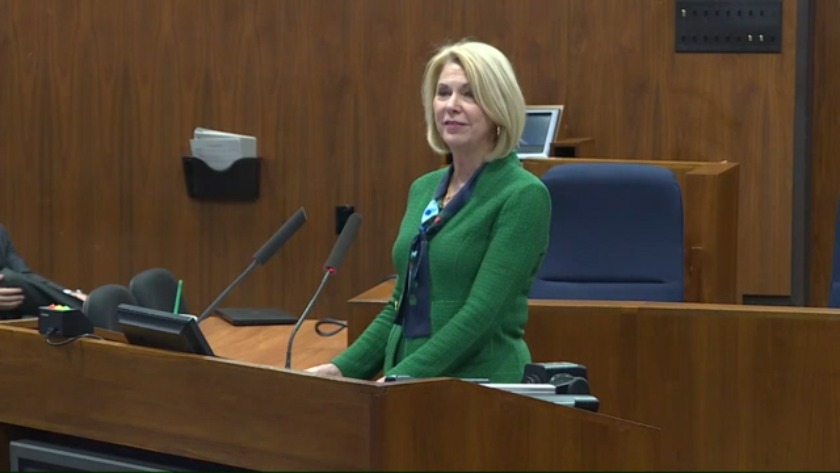 OMAHA, Neb. (WOWT) -- In her address Friday afternoon in the city's Legislative Chambers, Omaha Mayor Jean Stothert says the State of the City is strong — and safe.

"Omaha is financially strong. Development is at a record pace," the mayor said.

Safety has been a priority, Stothert said, noting the addition of 100 officers to the Omaha Police Department bring the force numbers employed to 902 — a record for the city. The city has also increased training for officers "to help them do their jobs better, more safely, and with more accountability."

The strategy is working, she said.

"Our homicide rate has fallen to a 30-year low," the mayor said, noting response times have improved thanks to the new West Omaha precinct.

"We are pleased with our progress in public safety, but we are not content," the mayor said, noting safety is the top priority for city residents.

Road safety is also important to residents, she said, and that's what's behind the proposed pavement maintenance program and the $200 million for road improvements approved by the City Council and headed for a public vote in May. Work could start as soon as this summer, she said, if voters approve the levy needed to fund it.

The mayor talked about making housing safer, using the plans for Southside Terrace as an example of communities ready to invest in older neighborhoods.

"Business growth is vital for our future," Stothert said.

The city has had $1 billion in construction permits — the highest on record, she said. In addition, the city's unemployment rate is at 2.8%, and average hourly wages have risen by over $1 in Omaha since December 2018.

The mayor said she has been pleased with the progress made with the city's new "Way to Work program, which helps homeless and others struggling to get on their feet become a part of the local workforce.

To continue building a strong workforce, the mayor said she will ask the city for $25,000 to help Latino students ages 16-19 train for the workforce, following the success of a local pilot program.

The mayor also touched on the progress being made on the Riverfront Revitalization project, and talked about the upcoming implementation of the landlord registry.

She also talked about the city's upcoming decision on scooters, and said she is looking forward to the implementation of the ORBT rapid bus route.

"I can't wait to take my first ORBT ride," she said.

Stothert touched on the ways Metro Smart Cities, "a city-led initiative using technology and innovation to improve transit." Protected bike lanes will be installed in the city as a result of this initiative, she said.

The city's "Forever North" strategy will focus on north 24th Street development, transit, connectivity, and culture, Stothert said. The plan, "developed by citizens for citizens," will be available on the city's website Monday, she said.

The city is also planning to launch an app this spring, giving taxpayers quick access to city websites, job openings, the mayor's hotline, as well as information about trash collection, road closings, and snow removal, she said.

The mayor ended her speech with a nod to the University of Nebraska Medical Center's work with coronavirus.

"At this moment, the highly trained experts at the Nebraska Medical Center are responding to the nation’s call for help with the coronavirus outbreak," she said.

"The Medical Center’s response, willingness to help, and public health mission perfectly reflect how an organized, civilized society takes care of each other in times of need."

While no preview of the address was given, the biggest topics in the city during the past year have included:
Omaha pastor meets with Gov. Ricketts after offensive comment
Related Documents