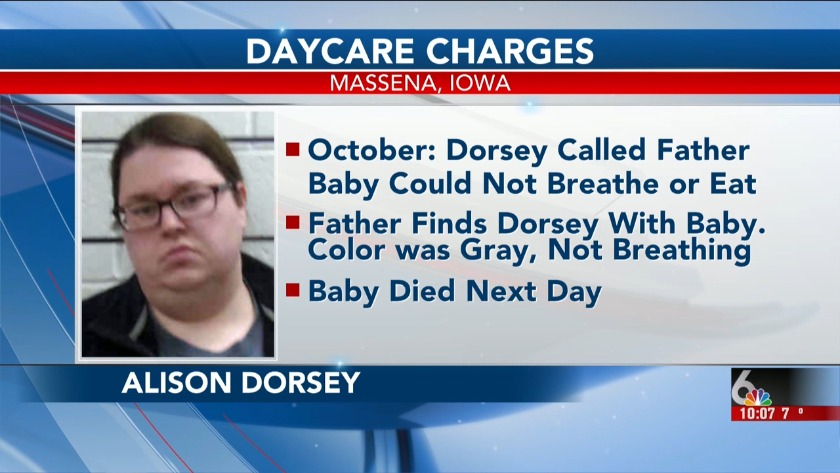 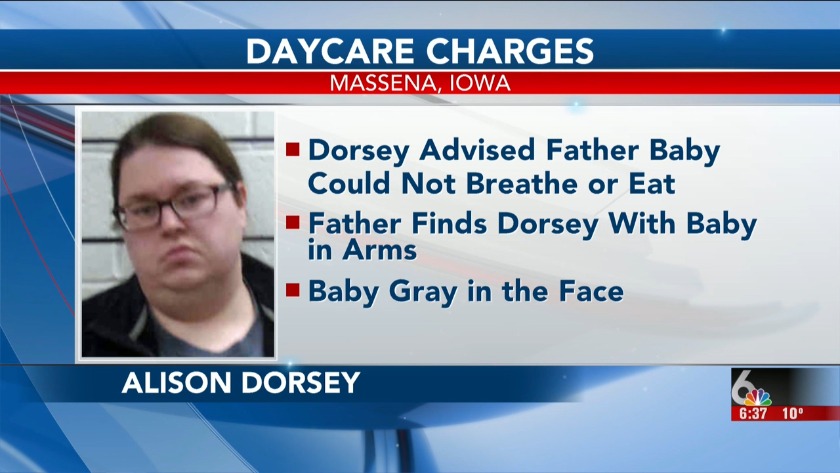 CASS COUNTY, Iowa (WOWT) -- An Iowa woman is facing abuse and murder charges in the death of an 11-week-old baby last October.

Alison Dorsey, 36, has been charged with first-degree murder and child abuse after an 11-week-old child died in her day-care.

Both parents described their baby as being in perfect health; but four hours later, Dorsey called the father to tell him the baby wasn't breathing right and wouldn't eat. He went to the daycare, where he found Dorsey holding the baby, who looked gray and had stopped breathing.

The child was taken to Children's Hospital in Omaha but died the next day.

Court documents show that doctors determined the infant had severe brain hemorrhages consistent with Shaken Baby Syndrome. Doctors also noted the injuries appeared to be the result of abusive head trauma, meaning it was not accidental; and that the symptoms would have been nearly immediate.

6 News looked up her daycare to see whether it is registered with the state of Iowa — but it wasn't, but doesn't have to be if it has five or fewer children.

6 News has not found anyone who can confirm how many children were in her care.

6 News is waiting to hear back from the family.