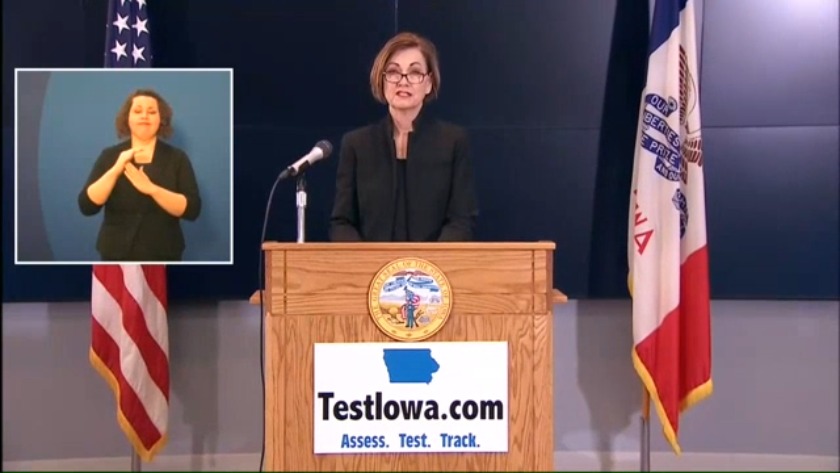 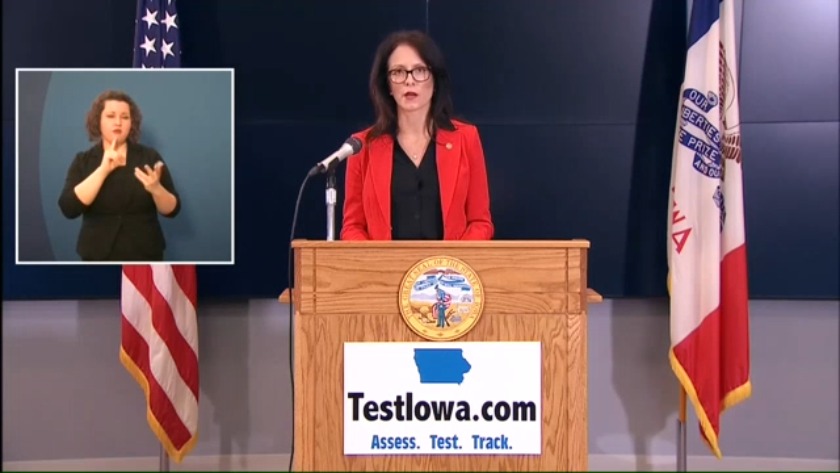 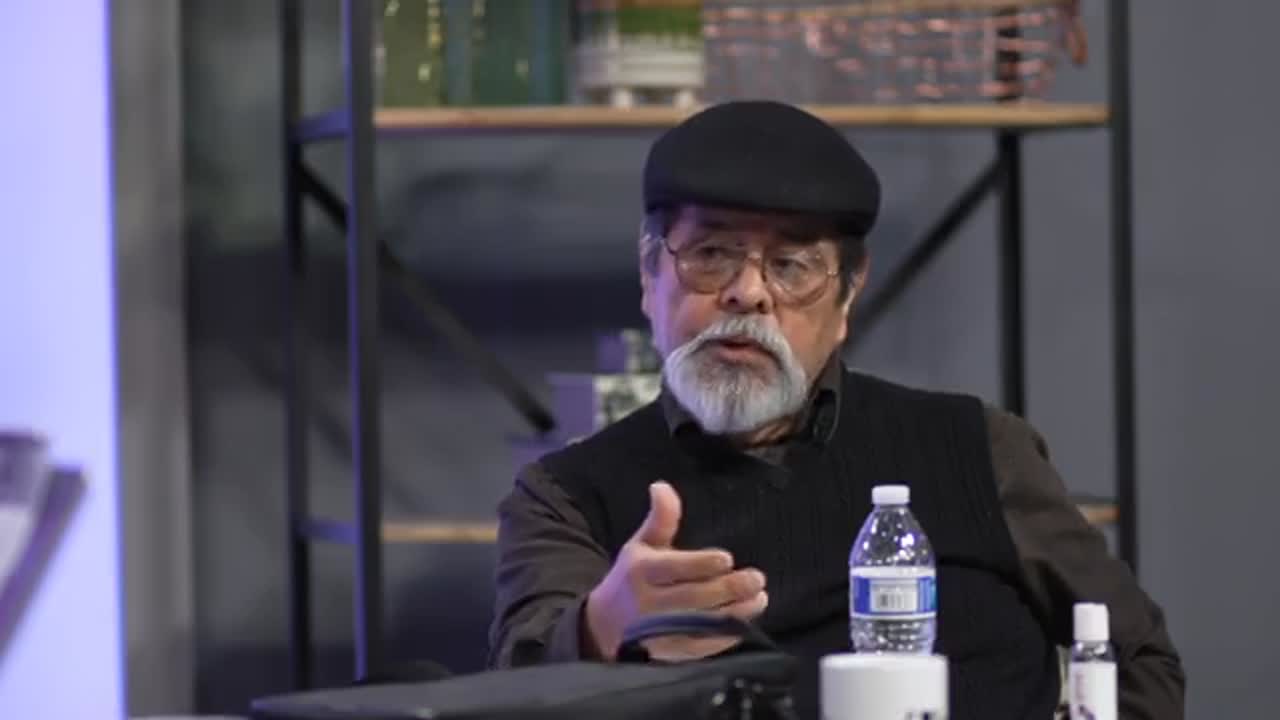 Gov. Kim Reynolds talks about the most recent developments in Iowa's COVID-19 stats dashboard at her news conference Wednesday morning, May 20, 2020. (WOWT)

"Previously, we expanded to allow testing for essential workforce," she said. "Later today, we'll be opening the criteria so that anyone who thinks that they should be tested can be."

Reynolds said the expanded testing was "especially important as more Iowans are returning to work."

The state conducted 4,636 tests Wednesday, she said, with 355 of those testing positive — a positivity rate of 7.7%. More than 3,000 Iowans were tested in Iowa since Monday, and more than 700 appointments were scheduled for Thursday, she said.

Reynolds said the state has 200,000 tests available, not including tests at the State Hygenic Lab or tests available through hospitals and other medical facilities.

The governor said next week she will announce another phase to further open up COVID-19 testing.

Everyone participating in school-sponsored activities will need to be screened up arrival, and social distancing — mitigated by the downsizing of groups — is expected to occur throughout the instruction time. In addition, handwashing and other sanitizing requirements remain in effect through June.

The state will re-evaluate all of the stipulations heading into July, she said.

No sports activities will be allowed during June, Lebow said. Dugouts are not to be used for practices, and no bleachers can be allowed for games.

Looking ahead to future activities, organizers will be re-examining game traditions, like post-game handshakes, and what is needed for post-game field clean-up.