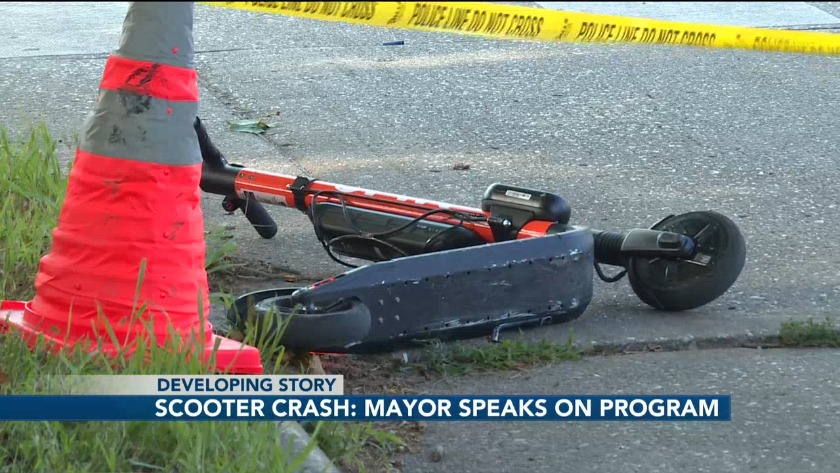 Bus video shedding light on who's responsible for a crash 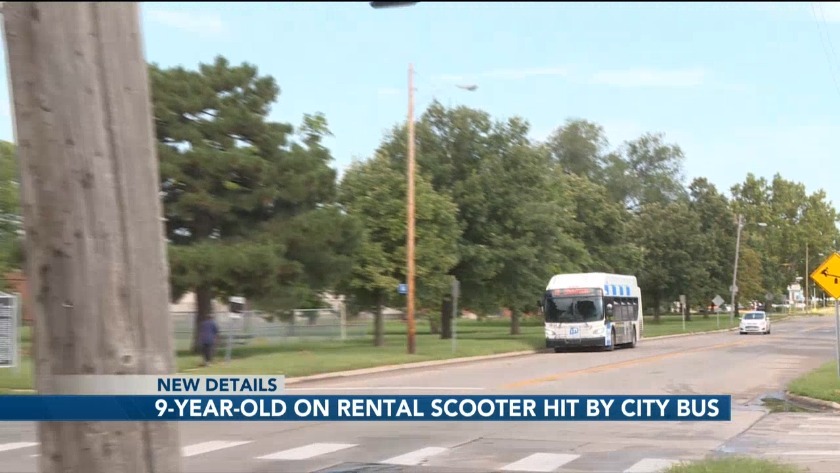 OMAHA, Neb. (WOWT)-- After an accident involving a 9-year-old boy, a Spin scooter, and a metro bus sends the boy to a hospital Tuesday evening, an investigation regarding who’s responsible is in full swing.

The 9-year-old boy collided with the bus while riding a Spin scooter near the intersection of Pinkney and Florence Blvd.

Omaha Police Sergeant Neal Bonacci describes the scene, saying that the bus was attempting to pass the boy on the scooter when at some point, the boy turned into the side of the bus.

Investigators are still talking to witnesses and are reviewing the buses video to find who, if anyone, is at fault.

"The child wasn't wearing a helmet, he had headphones on, was likely startled looked over to see what was approaching and if you've ever been near a bus as it passes it makes quite a vortex of wind and then what you see next is the child hit the side of the bus and then, fortunately, tumbled away from the path of the bus, as opposed to getting sucked up underneath the bus," said Jake Ritonya with the Omaha Police Department.

Spin released this statement regarding the accident, “We are very saddened to hear about this crash, Spin is committed to the safety of its riders, and our team in Omaha is in touch with law enforcement to understand exactly what happened.”

According to Spin, you must be 18 years or older to use a scooter. When you sign up for the app, users agree to the terms and conditions that they are 18 years of age.

“We support the local police’s enforcement of these age requirement laws, and recently made plans to host local safety and education courses in Omaha,” reads a statement from Spin.

Officials encourage all scooter riders to wear a helmet even though it isn't required.

According to Mayor Jean Stothert, the end of the trial period is approaching in two months and she wants to give the scooter company their full six months of data.

Stothert also sees this as a teaching opportunity for parents and reminds the public that no one under the age of 18 should be on the scooters.

One the trial period is over the Mayor wants to create an ordinance with what to do and what not to do. Until then, she encourages people to be safe.

City officials believe the scooters may be sticking around, despite the debate.

Hastings man killed in two semi crash on I-80

Major crash blocking several lanes on I-680 NB near Center

Hastings man killed in two semi crash on I-80

Major crash blocking several lanes on I-680 NB near Center