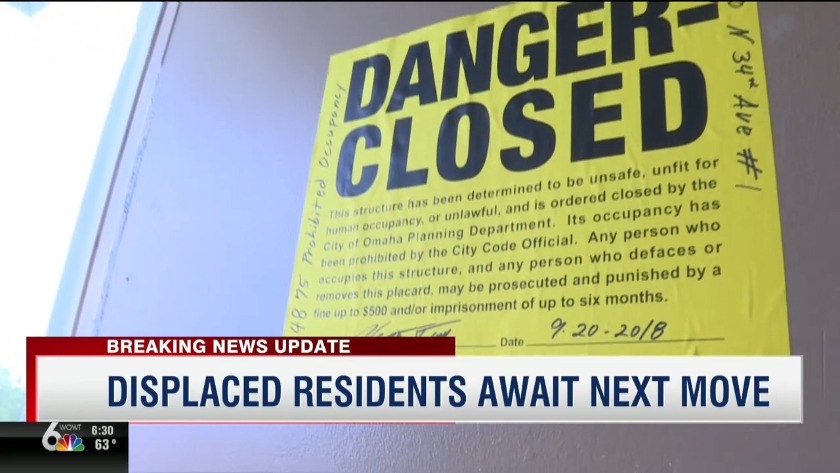 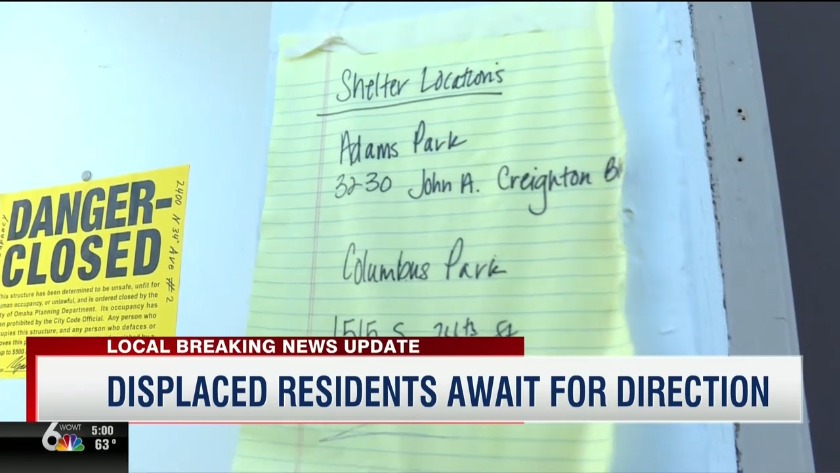 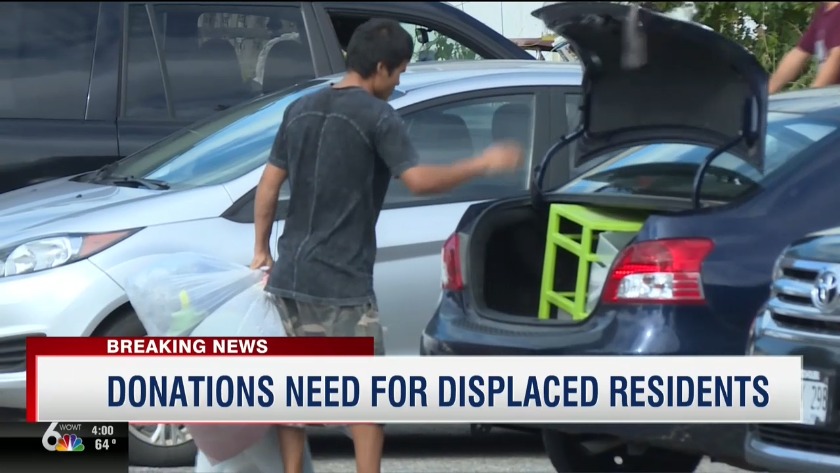 OMAHA, Neb. (WOWT) - The City of Omaha said inspectors have finished going over the Yale Park apartments in North Omaha, and they've turned up an alarming number of violations.

The problems are so bad that they prompted the city to shut the entire complex down on Thursday, forcing all 500 residents to leave.

The violations total 1,000, and that includes some discovered in the property manager's own apartment.

Omaha Mayor Jean Stothert addressed the investigation Friday at a press conference. She said the conditions the people were living in were life threatening, with the biggest concerns being gas leaks and electrical issues.

Stothert also said there were cockroaches coming out of the walls, bed bugs and a lot of other unhealthy finds.

Residents finished clearing out their homes on Friday after the utilities were shut off and "danger" signs went up.

Heartland Family Services stepped in and made a game plan.

"Most of this is being coordinated with Heartland Family Services. With what they told us today, they think everyone will be placed in housing by the end of the work day Tuesday," Stothert said.

It's not yet clear when people may be able to live in the Yale Park apartments again.

The mayor said this will be a long process and the property owner has 30 days to make big changes.

After that, inspectors will go back, along with OPPD and MUD. The entire building will have to pass inspection before people can move back in.

With more than 500 residents displaced, the need for necessities is crucial.

Along with clothes and diapers, Steve Frazee from the Open Door Mission said they need cultural appropriate food.

"Diet is pretty simple. They like rice, eggs, beef, chicken and vegetables. We are trying to get food they would enjoy," Frazee said.

Those donations can be dropped off at the Open Door Mission.