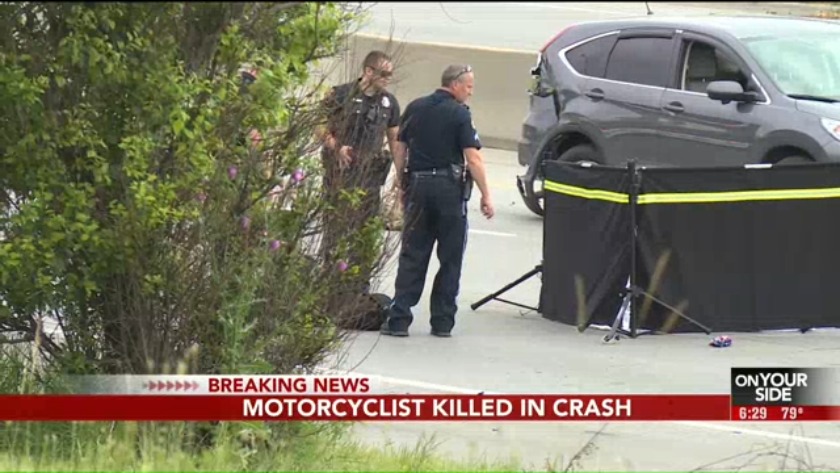 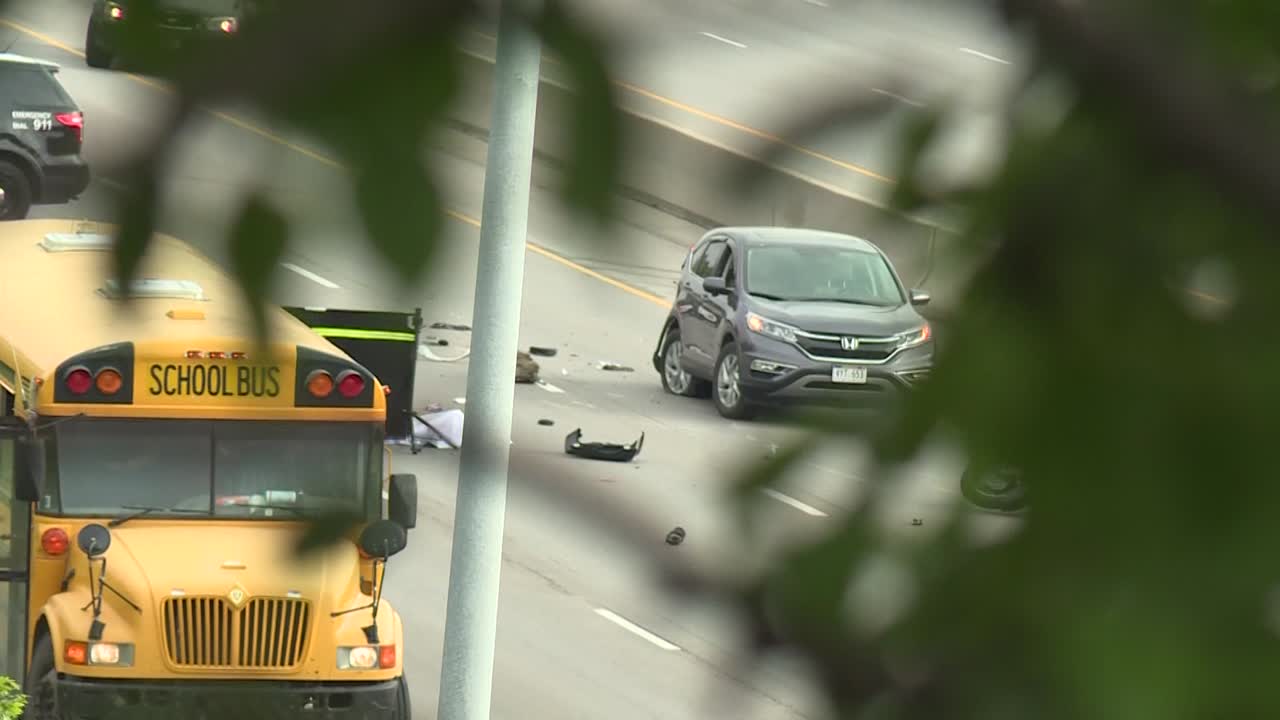 The driver of the motorcycle, who was wearing a helmet, was pronounced dead at the scene, Omaha Police said.

A Honda SUV was involved in the crash; the rear part of the passenger side tail light was damaged, police said.

A school bus with students on board hit debris from the crash, OPD said. Another bus picked up the students to transport them from the scene. There were no injuries reported on the school bus, police said, and there was no damage done to the bus.

Just before 5:30 p.m., Nebraska Department of Transportation tweeted that all northbound Highway 75 traffic must exit at Lake Street. About 20 minutes later, only two lanes were closed.

OPD told 6 News they expected the highway would fully open sometime after 7 p.m.

Troopers have Interstate 480 westbound to Highway 75 northbound shutdown as well as all northbound traffic on Highway 75 must exit at Cuming Street. Troopers are assisting @OmahaPolice with a crash. pic.twitter.com/vvWyiZza2R

Accident involving a motorcycle and a vehicle on US 75. Northbound lanes will be closed for “quite some time” according to an officer on scene. @WOWT6News pic.twitter.com/F4qSQgpIbe

Highway 75 traffic was also closed at Cuming Street shortly after the crash, and drivers were told to expect long delays.

About 5:50 p.m., NDOT reported a tow truck was at the scene, but that two lanes remained closed.

—
This is a developing story. Watch 6 News for updates.