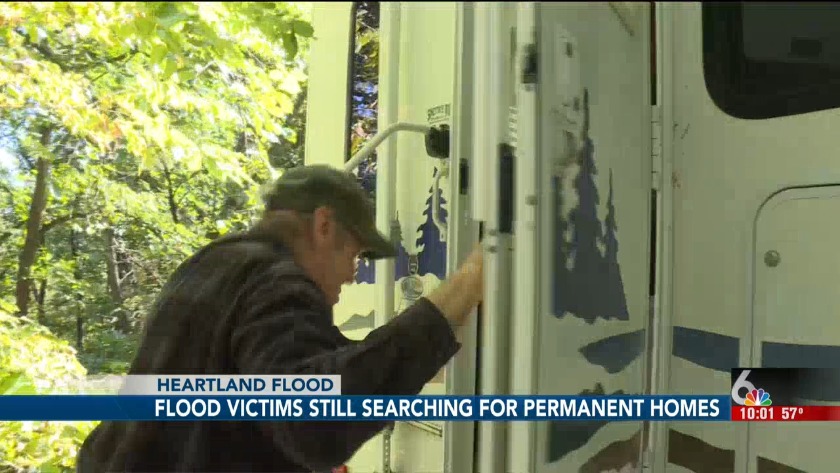 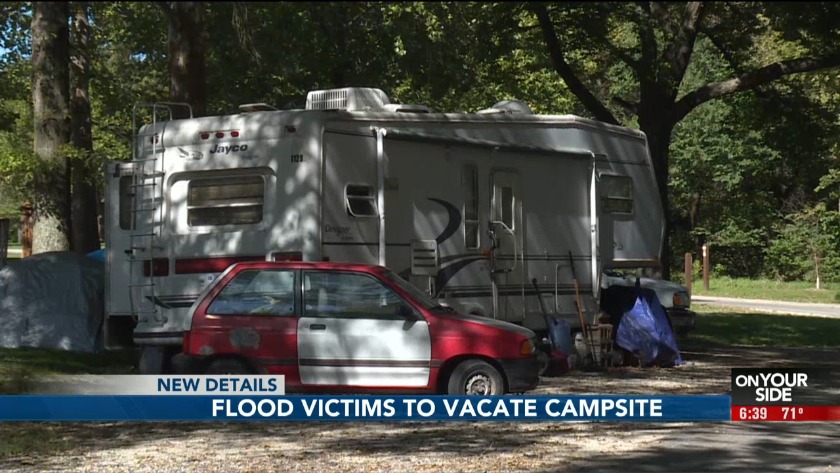 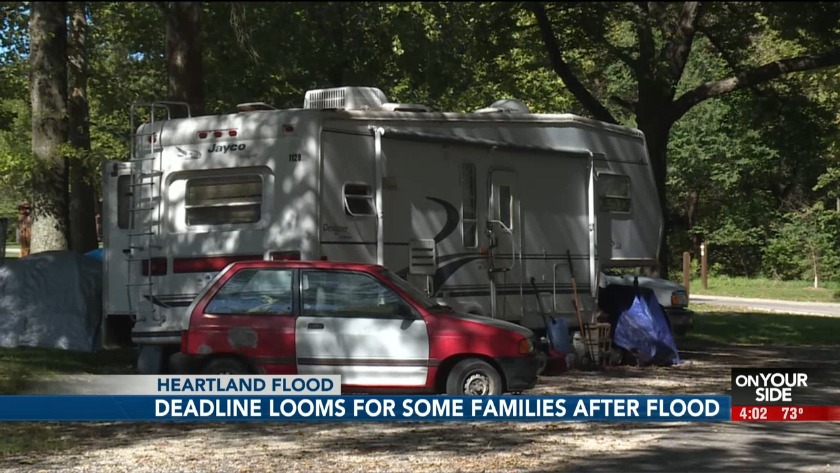 FREMONT COUNTY, Iowa. (WOWT)-- Flood victims knew the day was coming, their stay at Waubonsie State Park will soon come to an end.

As winter quickly approaches Matt Moles, the park manager explains that the park will soon begin to shut off their utilities at the campsites.

“Specifically our water system in the campground, it’s not set up for freezing temperatures,” said Moles.

Some flood victims have been calling the park home for months. On October 15, they have the option to pay for two more weeks, but beyond that, they must evacuate.

“The concern for everybody’s safety and wellbeing is first and foremost. There are still four families occupying five spots in the campground right now and what I’m concerned with is if people try and stay in permanent residency here, longer than that, we’re going to get into winter conditions and dangerous situations,” said Moles.

Chris Harvey lost everything when his home in Hamburg, Iowa flooded. Chris says there's not much federal help for those who rent and right now he has no plans as the October 15th deadline approaches.

"We have nowhere to go and we've been looking everywhere," said Harvey.

Robert Hines also lost his home in Hamburg. He will have to travel a bit but he did find a temporary home in Farragut a few miles away while his home is repaired.

"A lot of the people here in the park don't think they found a place and I know they're looking but places to live are few and far between. I just happened to make the right telephone call that day," said Hines.

Park officials have extended the deadline several times and have done all they can do to make the flood victims comfortable.

“We’ve set up onsite laundry, which we don’t normally provide, a number of community meals working with nonprofits, we’ve done everything we can to try and make it comfortable, but you can’t fight Mother Nature,” said Moles.

Park officials want everyone to be safe and say this is no place to be when the temperatures begin to fall.

Emergency management officials tell us the flood victims living in the park have had more than 200 days to find permanent living arrangements.